UK jihadi: “Advantage that we have is we are embedded in their societies, we are the enemy within and they know not”

Indeed, they know not, and they are quick to label anyone who points out that there is jihad activity in Western countries a racist, bigoted “Islamophobe.” 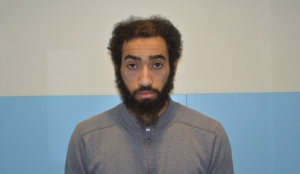 “Female terrorist, 30, who gloated that the Westminster terror attack was ‘the decree of Allah’ and called Ariana Grande the ‘devil’ claims she did not realise her messages could get her into trouble as she is jailed for 19 months,” by Dianne Apen-Sadler, Mailonline, January 25, 2019:

A terrorist who gloated that the Westminster attack was ‘the decree of Allah’ claimed she did not realise her messages could get her into trouble.

Asma Aweys, 30, had copies of the jihadi magazine ‘Rumayah’ with advice about how to make napalm and Molotov cocktails as well as an article about the ‘perfect knife’ for murder.

Finland: Police barred from reporting about the crimes of asylum seekers

The first priority of government and law enforcement authorities all over the West seems to be to ensure that no one think ill of Islam or of that mass Muslim migration project. The protection of citizens? Pah! Low priority. 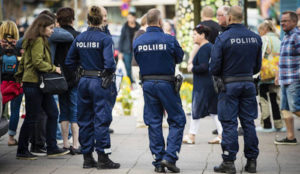 “Finland: Police banned from telling about crimes of asylum seekers…….,” Tundra Tabloids, January 24, 2019 (thanks to The Religion of Peace):

The politicization of law enforcement is a dangerous thing, having one top-down command structure for all police demonstrates that for all to see.

The police banned from telling about crimes of asylum seekers 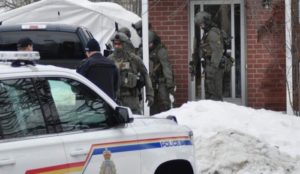 “Community leaders work to head off anti-Muslim backlash as Kingston terror arrests wind up political debate,” by Kathleen Harris and Philip Ling, CBC News, January 25, 2019 (thanks to the Geller Report):

Community leaders are working to calm fears and find ways to prevent an anti-Muslim, anti-immigrant backlash in the wake of two arrests related to an alleged terrorist plot in Kingston, Ont. — yet the probe already has touched off a political debate over security screening for refugees.

Islamic community groups, mental health workers and police officers met earlier today to discuss their concerns about the broader community implications after the RCMP’s national security team charged one youth with two terrorism-related offences and arrested an adult male named Hussam Eddin Alzahabi in connection with an alleged plan to detonate explosives at an undisclosed location.

Alzahabi, who was released late today, is originally from Syria and came to Canada with his family in 2017 through a private refugee sponsorship program after living in Kuwait for 10 years.

Bronek Korczynski, who led the family’s sponsorship through Our Lady of Lourdes church, said the community groups that met today will attempt to head off rumours and spread the message that the alleged offences have nothing to do with Islam.

More than 20 organizations were invited to the meeting with RCMP and the Kingston Police Service, including refugee support groups and school boards.

“This is not about casting aspersions on any faith community, on any identifiable ethnic or racial group. This is about an individual or individuals who have been involved in something that was brought to the attention of police,” he told CBC News.

Noting the arrests come near the anniversary of a deadly 2017 mass shooting at a Quebec mosque, Korczynski said police promised they would exercise increased vigilance against a potential backlash. Six Muslim men were shot to death by a lone gunman who walked into a Quebec City mosque on Jan. 29, 2017.

Mohamed Bayoumi of the Islamic Society of Kingston told CBC there could be an anti-Muslim backlash in the community because of the arrests, and said the group must work to ensure that does not happen

“We have to be very careful not to burden the rest of the community because of the actions, the bad actions, of one of them,” he said.

“We have to be very careful not to exploit this in order to make a political point.”
Addressing immigration concerns

Korczynski said he also fears the arrests and publicity surrounding the alleged terrorism case could spark unnecessary concerns about immigration.

“This certainly doesn’t suggest in any way, shape or form that Canadians shouldn’t remain open to support newcomers, whether they’re immigrants or refugees,” he said.

The backlash fears come as the political debate over immigration heats up again….