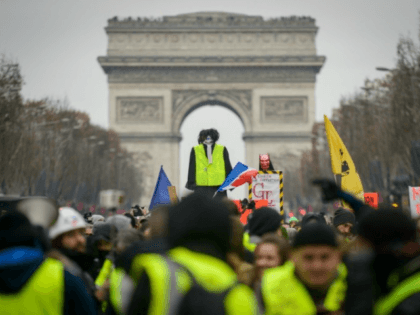 Would be nice. But why advertise beforehand?

Still believe France is a democracy? As soon as the truth is about to be revealed…. the ‘establishment’ stops it. 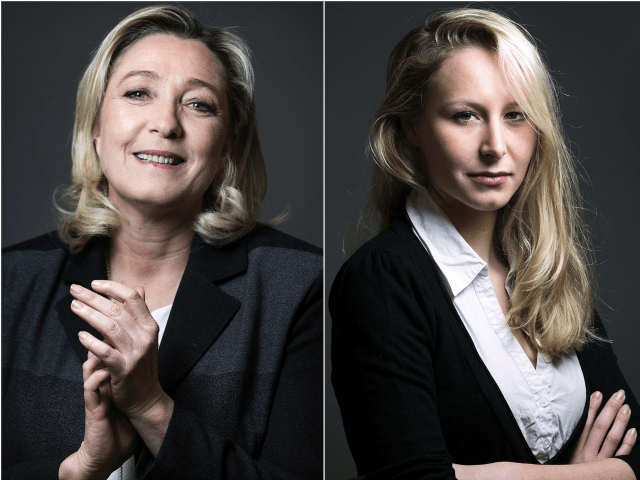 A French parliamentary inquiry has cancelled the summoning of populist leader Marine Le Pen and her niece Marion Maréchal after Le Pen promised to reveal the extent of far-left violence directed towards her.

The parliamentary inquiry committee on the fight against extreme right-wing groups in France, which opened at the request of the far-left France Insoumise (Unsubmissive France) party, initially invited the populist pair to speak on their alleged connections to ultra-right extremist groups, Le Figaro reports.

The Rassemblement National (National Rally) leader reacted to the summoning by saying, “Alas, we have much to say, but rather about the extreme left violence that we have been victims of all our lives.” 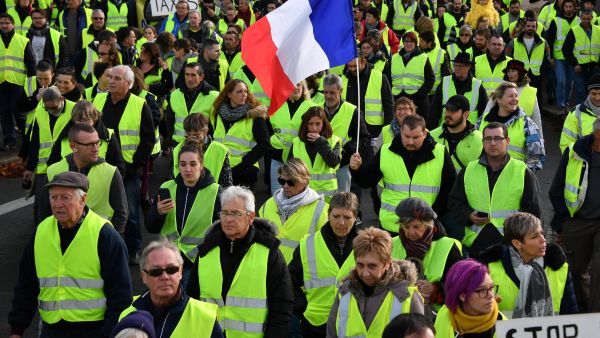 Why would ANTIFA be protesting and trying to stop the truckers?

Men Can Be Mothers in UK, While French Schools Erase Terms ‘Father,’ ‘Mother’ 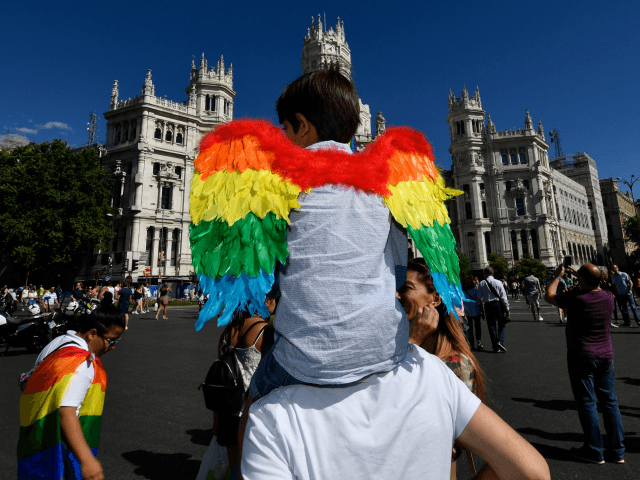 A UK government lawyer has said that “mother” is no longer a gender specific term preserved only for women.

Any perversion is being promoted. 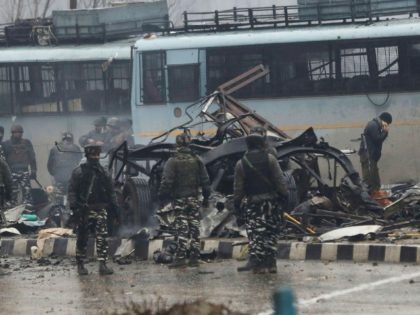 Calls for revenge attacks against Kashmiris after suicide bomber kills 42 Indian troopers in the disputed region.

Germany: Elderly man who facilitated Muslim migrant influx gets kicked out of his own flat to accommodate migrants

Who could be more deserving?

An elderly social worker “who helped with Germany’s migrant influx in 2015 must move out of the flat he has lived in for 24 years. A 1990’s court ruling allows German municipalities to evict tenants to accommodate refugees if other options are exhausted. The senior German reportedly does not understand the municipality’s demands.”

Islamic State bride from Canada asked not to be “judged too harshly,” calls herself “humanitarian”

I say f*kc the humanitarians!

Aside from playing the victim card proficiently, one of the strategies of jihadists is to keep warning Westerners that they will face jihad attacks unless they abide by the wishes of Muslims. So if Westerners offend Muslims or fail to accommodate their demands, it is the fault of the West if a jihad attack happens.

Now comes another case of an Islamic State bride who pleaded “not to be ‘judged too harshly’ after escaping the terror group’s last remaining territory in Syria.” This Islamic State bride, “Kimberly” spouts a story about her “humanitarianism” that she expects everyone to believe:

“These people have been through an awful lot and they actually need your support and they need your help and they need their countries to back them up or you run the risk of them, some of them, becoming the very problem by pushing them away.”

Democratic leaders hurried to endorse eliminating air travel and wiping out cows. My latest in PJ Media. It is jihad-related in light of the alliance between these Leftists and Sharia supremacists, both wanting total control over the society: 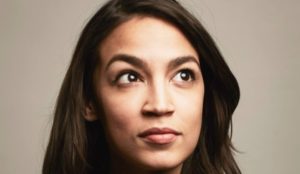 Democratic socialist wunderkind Rep. Alexandria Ocasio-Cortez (D-N.Y.) has been receiving torrents of ridicule for the “Green New Deal” program she unveiled with great fanfare and media adulation on Thursday, and it’s well deserved. But conservatives may come to find that laughter catching in their throats: as stupid as it is, and as disastrous as it would obviously be if it were implemented, many powerful figures on the Left aren’t laughing. And it’s not in the least impossible that they’ll bring that disaster upon the nation by trying to implement it.

The popularity of Ocasio-Cortez herself is a case in point. She is attractive, passionate, and untroubled by the miseries of possessing an intellect. She was already famous before the Green New Deal rollout for demonstrating a sub-middle school understanding of the branches (which she calls “chambers”) of government, exhorting Democrats to work hard to “take back all three chambers of Congress, uh, rather, all three chambers of government, the presidency, the Senate, and the House in 2020.” She spoke before taking office about being “inaugurated” and, as a member of the House of Representatives, signing legislation. She is a vociferous foe of Israel and denounces the “occupation of Palestine,” but can’t explain why.

And on and on: every news cycle brings more evidence of how truly free Ocasio-Cortez really is of any significant civic, historical, or economic knowledge. But none of it matters. She is a darling of the Leftist media and a rising star in the Democrat Party. Netflix paid ten million dollars for a documentary about her. Al Jazeera has already anointed her the next president of the United States.

Is she better equipped to be a bartender (which she was not long ago) than a member of the House of Representatives? Of course. But that won’t stop her rise. The Left ridiculed Donald Trump and called him stupid all through 2016, and he was elected president. What Ocasio-Cortez has on her side is the fact that powerful people on the Left take her seriously.

For all its talk (in the FAQs provided by Ocasio-Cortez’s office) of becoming able within the next few years “to fully get rid of farting cows and airplanes” and providing “economic security for all who are unable or unwilling to work,” the most arresting passage in the entire Green New Deal plan is this: Nearly every major Democratic presidential contender says they back the Green New deal including: Elizabeth Warren, Cory Booker, Kamala Harris, Jeff Merkley, Julian Castro, Kirsten Gillibrand, Bernie Sanders, Tulsi Gabbard, and Jay Inslee.

Those Democrat leaders aren’t laughing Ocasio-Cortez out of the room for announcing a plan that includes the intention to “upgrade or replace every building in US for state-of-the-art energy efficiency.” They’re nodding their heads and signing on. They don’t think it will make them look just as dimwitted as Ocasio-Cortez to endorse a plan that calls for constructing “high-speed rail at a scale where air travel stops becoming necessary.” Those railway bridges connecting California with Hawaii, Australia, and Japan are going to be, like, awesome.

They’re happy to lend their names to a plan that calls for “a full transition off fossil fuels and zero greenhouse gases,” in other words, destruction of the existing automobile industry, as well as the aeronautics industry. And the prospect of a massive carnage of “farting cows” doesn’t seem to trouble them.

The Green New Deal as Ocasio-Cortez has presented it will never be implemented in full, because the United States would go bankrupt and a new civil war would break out before all of its recommendations could be put into place. But that won’t stop Democrats from moving in the direction of a unitary socialist state in which all means of production are in the hands of the government – for the good of the climate and the people, of course.

If establishment media reporters ever decided to challenge these leading Democrats on their support for this absurd plan, which is almost certain never to happen, they would likely follow the lead of Ocasio-Cortez adviser Robert Hockett, who appeared on Tucker Carlson’s show Friday and claimed that the FAQs containing all these nonsensical plans was a fabrication by “conservative media”; Ocasio-Cortez even retweeted this forgery claim. However, the document has been definitively proven to have originated from her office, and bears the name of her chief of staff as its author; also, the resolution Ocasio-Cortez has introduced in Congress contains the provisions for eliminating all use of fossil fuels, “upgrading all existing buildings in the United States,” and more. Nor did any of the Democrat leaders who endorsed the plan withdraw their support when its absurdity became apparent.

Only Nancy Pelosi, of all people, has been dismissive, saying, “The green dream or whatever they call it, nobody knows what it is, but they’re for it, right?” But the withered dowager empress underestimates the young upstart at her own risk. History is full of examples of how swiftly the mighty can fall; before she knows it, Pelosi could find herself being led to the scaffold in a squalid oxcart, while the woke, green populace celebrates the fall of the tyrant and the dawning of a new age of justice and climate awareness….

These people are world champions in screwing us out of our wits. 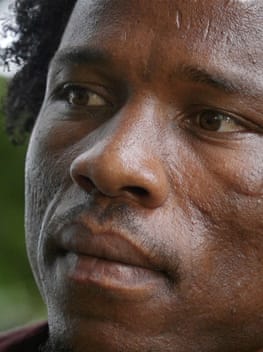 They should open a “safe zone” for fake Banglatrash “refugees” in Shittagong instead. 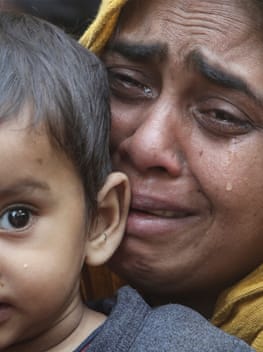 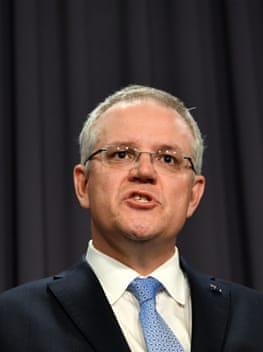 ‘A victory!’: Jubilation as freed footballer returns to Australia 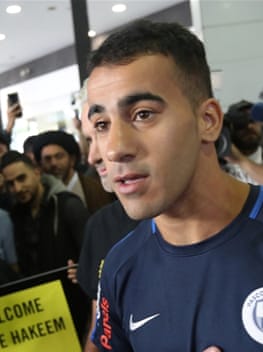 One thought on “France, Acid Attacks & the Yellow Vest Revolution”