Once again we are seeing the collapse of the University, where fact-based reasoning no longer has status and only dogma is acceptable:

University suspends student, 19, who sparked outrage by saying the NHS should not be free to immigrants and complained about the ‘Islamisation’ of Britain during class discussions

A student who claimed the NHS should not be free to immigrants and lamented about the ‘Islamisation’ of Britain has been kicked out of his university.

Sebastian Walsh expressed his controversial opinions during class seminars and the University of Central Lancashire (UCLAN) decided to suspend him after they received several complaints about his behaviour.

The 19-year-old student also branded halal meat ‘barbaric’ and ‘inhumane’ and vowed to friends he would never eat at Subway or KFC due to the way the animals are killed. 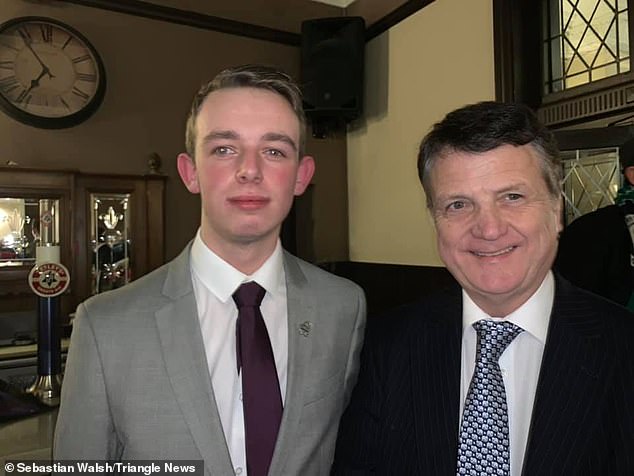 The self-proclaimed ‘free speech advocate’ complained being struck-off from university was a violation of his human rights.

‘Moderate’ Muslim: Let ISIS Bride Back in or Extremists May Kill You He said: ‘All I did was voice my opinions during debates about immigration.

‘I am totally against halal meat because I think it’s cruel – it’s an inhumane and barbaric way of slaughtering animals.

‘In another seminar class, we had a discussion about the privatisation of the NHS and I simply said I don’t think free healthcare should be available to immigrants.

‘These are views held by many people in the public and I believe I should be able to express them freely.

‘I feel completely victimised by my university.’

The University of Central Lancashire told Mr Walsh he could return to his social work studies in September is he signed a good conduct agreement and undertake a diversity training course. 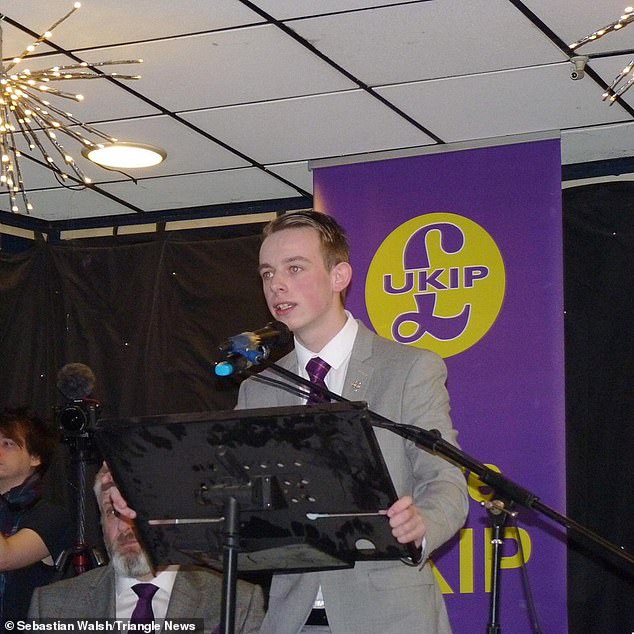 However the first-year student from Wigan, Lancashire, is refusing to bow down.

Mr Walsh, a Ukip member, said: ‘Freedom of speech is a human right and I am determined to stand by this.

‘I will be fighting the university’s decision on this to make sure others aren’t punished for their opinions in future.’

The Preston branch of Ukip has pledged their support to the student and has written to the university to voice their concerns about the decision.

Treasurer Neil Graham said: ‘What has concerned me and many other members of our party is that this young boy is being denied his education for simply expressing his opinion.

‘Whether Sebastian is right or wrong, he should be able to voice his views in a university classroom and we believe passionately in his right to do so.

‘To paraphrase John Stewart Mill, nobody has the right to silence somebody’s opinion.’

Universities minister Chris Skidmore labelled the legislature ‘a symbol of commitment from across the sector to protecting the freedom of speech.’

A UCLAN spokesman said: ‘UCLAN is proud to host a campus community comprised of many cultures, faiths, nationalities and beliefs.

‘It values this rich diversity and takes seriously its responsibility to provide a safe and welcoming environment for all.

‘The University promotes lawful, open debate, the discussion of varying views and academic freedom and has in place robust procedures to ensure this can take place.

‘In this case, a number of official complaints were made by students regarding a series of offensive and inappropriate comments made by Sebastian Walsh during lectures and seminars.

‘We cannot divulge the actual comments made by Sebastian as they formed part of a confidential investigation.

‘However, they clearly breached a number of the University’s conduct regulations, including those relating to harassment and bringing the University into disrepute.

‘In line with our official procedures, an investigation ensued, and a disciplinary hearing took place.

‘The student has been temporarily suspended for the remainder of the academic year and is aware that on the successful completion of a diversity training course, he will be able to resume his studies.’ 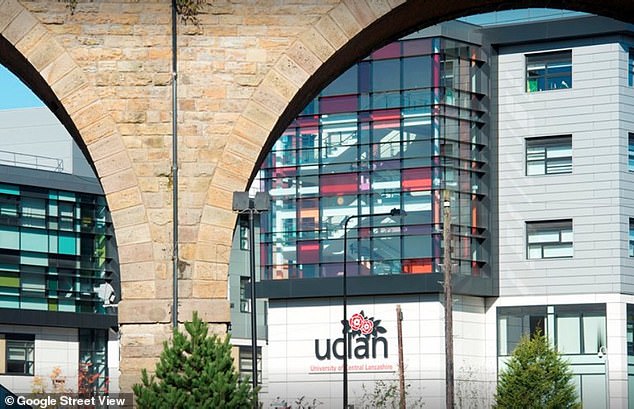 UCLAN temporarily suspended Walsh for his remarks, which received complaints from other students

3 thoughts on “UK: University Suspends Student For Complaining about the ‘Islamisation’ of Britain”