While President Trump was away on a diplomatic mission to Hanoi to negotiate a nuclear deal with Kim Jong Un, the media breathlessly turned its eye to Capitol Hill to hear from a sleazy disbarred lawyer.

THE MEDIA AND MICHAEL COHEN DESERVE EACH OTHER 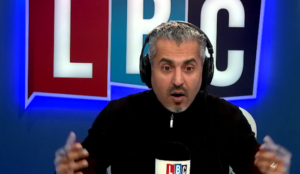 An airsoft shooting range in England is using a picture of ISIS bride from London Shamima Begum for people to hone their shooting skills on, and Maajid Nawaz isn’t happy about it. “We must be better than our enemies,” Pope Maajid tells us, whilst railing against using a jihadist’s face for target practice, calling it “disgusting and inhumanly degrading behaviour.

Maajid is not one of us. He is one of them. 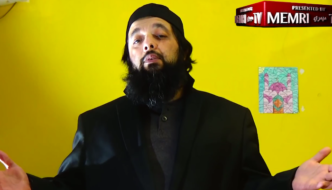 Illinois: Muslim cleric says “we all have a higher goal, and that is the establishment of the caliphate”

Mohammedans who tell the truth are rare as hens teeth. But believe this one, he means it. 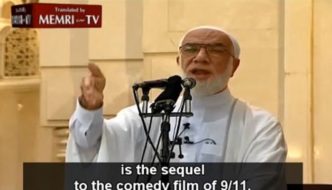 Australia: Muslim cleric who called 9/11 a “comedy film” is speaking in mosques nationwide

Yes, these creatures get in and they manage to leave with big money collected from their coreligionists in mosques who pay for the global jihad . We are still waiting for Tommy Robinson who didn’t get a visa. 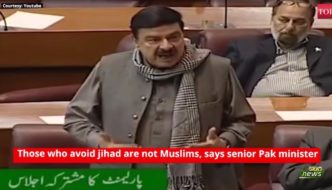 But jihad is just peaceful inner struggle, like taking a walk in the park, or something, right? 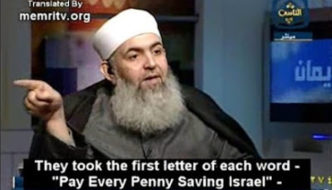 Hugh Fitzgerald: Pepsi, Or “Pay Every Pence To Save Israel”

That’s just stupid, but it’s making the rounds in the Mohammedan world for ages, where it is regurgitated like a prayer.

This is Mohammed Shafiq who worked tirelessly to get Tommy banned from Fakebook and succeeded. Mohammed Shafiq, chief executive of the Ramadhan Foundation, has described the Council of Ex-Muslims of Britain as a ‘rampant Islamophobic organisation’ that has made its mission ‘to demonise Islam and the religious beliefs of Muslims.’

So, he appears to have a problem with criticism and fears the truth of others. Only fascists fearful of truth try to abrogate free speech. One should have the right to reply – NOT to censor or to block – only cowards do that!

One thought on “Weapons of mass distraction, Maajid and the establishment of the caliphate”