An “Australian” ISIS fighter who wants to come home has claimed he didn’t know he was joining a bloodthirsty terror group when he fled four years ago.

Mohammed Noor Masri, 26, fled Sydney for ISIS in 2015 and is now living in a refugee camp in Syria with his wife and three sons.

He claims he did not understand the group’s brutality even though stories and images of its public executions and torture were broadcast around the world.

Islamic State jihadi pleads to return to Australia, says he was “misled,” just wanted to learn more about Islam

The establishment media continues its full-court press to compel non-Muslim governments to accept returning Islamic State jihadis. And to what end? Why is the establishment media so bent on putting non-Muslim states and their citizens at risk? Why should anyone take what Mohammed Noor Masri says here seriously at all? “War is deceit,” said Muhammad (Bukhari 4.52.268)

And didn’t anyone in Australia tell him that the Islamic State has nothing whatsoever to do with Islam? Everyone knows that, right? 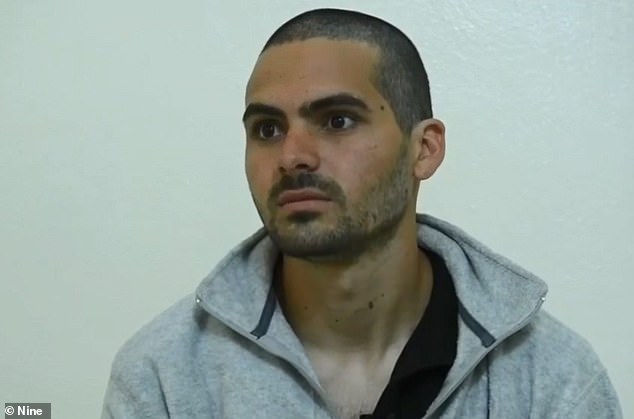 Does this POS look Australian to you?
.
Mohammed Noor Masri, 26, (pictured) said he wants to get his Australian pregnant wife Shayma Assaad and their three boys one out of Syria
.

In a desperate bid to be allowed back into Australia, Masri told the Sydney Morning Herald he was misled into joining an organisation he now considers to be ‘evil’.

Masri claimed he travelled to Syria not as a terrorist but as an inquisitive albeit misguided person seeking to learn more about Islam.

He claimed he didn’t fight but rather worked as an air-conditioning service tradesman in a hospital.

Masri also told how he saw ISIS fighters starve children to death to save food for fighters.

‘There was kids that were dying from malnourishment. I seen kids die actually, seen it with my eyes,’ he said.

He said he made a mistake in joining ISIS and regrets it.

That should be enough for any leftist bleeding heart to welcome him ‘home’.

Australians begging to come home after fighting with ISIS