The putrid stink of ISIS in Cologne

The following report from Cologne describes the trial of a Tunisian who says he is a fighter for the Islamic State. As is the case with other German defendants mentioned in the media, we aren’t allowed to learn the suspect’s surname. However, we do know the case has a Mohammed Coefficient of 100%.

Mohamed J. does not get up when the judges and jury members of the 21st Grand Criminal Court enter the courtroom. He also does not remove his black skullcap and does not pay any attention to his public defender. “This is not my lawyer,” he says. “I am a fighter for the Islamic State and only accept Sharia law. I defend myself.” He doffs his cap at the direction of the presiding judge. 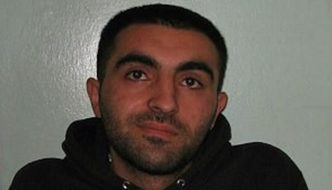 Should we laugh or cry about this idiot judge?

There seems to be a kind of insanity that has overtaken much of the British political and media elite class. Was it because Tolga Binbuga was a Turkish Muslim that Judge Evan Ruth came to the ridiculous and quite spectacularly insane conclusion that “the likely association of Binbuga with this north London gang is a good example of his integration into one of the less savoury aspects of UK life”? Was Ruth afraid of appearing “Islamophobic” if he ordered this serial criminal deported? Was he afraid that this deportation would provoked a violent response from Britain’s Muslim community? Or is Evan Ruth’s head so filled with nonsense about “diversity” and “multiculturalism” that he can no longer do anything close to thinking straight?

“Turkish criminal is allowed to stay in the UK after judge rules his GANG membership shows he is ‘socially and culturally integrated’ in Britain,” by Chris Dyer, Mailonline, April 9, 2019 (thanks to The Religion of Peace):