Loomer vs the Islamic Speech Police 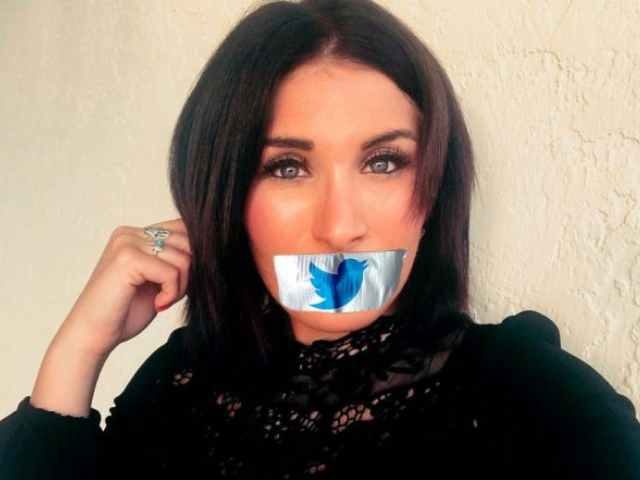 Conservative journalist Laura Loomer has reportedly filed a lawsuit against Twitter and CAIR over her 2018 blacklisting from the social network.

In a post on her own website, conservative activist Laura Loomer revealed plans to sue social media website Twitter and the Council on American Islamic Relations (CAIR) over her blacklisting from Twitter’s platform. Loomer claims that CAIR influenced Twitter to ban her from their platform as she has been a regular critic of CAIR and their “favorite daughters”, Congressional Representatives Ilhan Omar and Rashida Tlaib.

Loomer, who is being represented by New York free-speech attorney Ronald Coleman, commented on her plans to sue the social media platform stating:

The greatest threat to free speech today is political pressure being placed on corporate forums like Twitter. We are looking forward to a jury to hearing the bias and collusion between Twitter and the terrorist front-group, CAIR in their efforts to silence me and prevent me from fully operating my media company, Illoominate Media.

No one loves the free market more than I do, but shutting down dissenting voices by labeling them ‘hate speech’ has nothing to do with freedom. We’re aiming to restore liberty to the market of ideas and inquiry, and are eager for all the support we can get.

I am gratified to be able to begin this filing, which I hope will be the beginning of my redemption and liberation from big tech tyrants and terrorists, on the eve of Passover.

In November 2018, Loomer handcuffed herself to the door of Twitter’s New York offices in protest of her banning. At the time, Loomer wore a yellow Star of David on her jacket and announced: “I threw away the key, and I’m here for the millions of conservatives who have been censored by Jack Dorsey and Mark Zuckerberg.”

The Mohammedans are rallying the troops:

Erdogan’s megaphone, the Turkish Bulletin, is jubilant about Ilhan Omar’s jihad against America:

Ilhan Omar is impacting conversation of politics in US 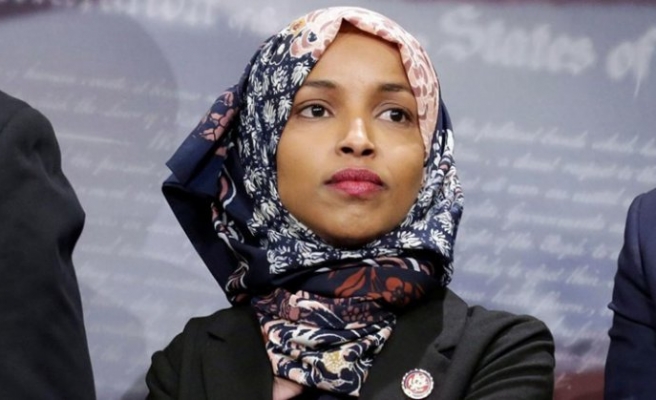 Ilhan Omar, a Democratic member of U.S. Congress, is victim of “fabricated controversies” but it has galvanized support for her, believes an American activist and a friend of Omar.

Speaking to Anadolu Agency Sunday on the sidelines of an Islamophobia conference at Istanbul Sabahattin Zaim University, Ahmed Bedier, leader of United Voices of America, said that it was “very dangerous and irresponsible” for the U.S. President Donald Trump to spread misinformation about Congresswoman Omar.

“It is rare that a president would tweet and talk about a fresh member of the Congress. It is made up of 435 members. There are many of them who represent the country and not all of them get the attention of the U.S. president. He normally deals with the leadership not fresh members,” Bedier, who was a speaker at the Islamophobia conference, said.

On Friday, Trump tweeted “WE WILL NEVER FORGET!” with a 43-second edited video that featured Omar’s remarks at an address to the Council of American-Islamic Relations (CAIR) last month, the country’s largest Muslim advocacy organization.

In her address, Omar had said the CAIR “was founded after 9/11 because they recognized that some people did something, and that all of us were starting to lose access to our civil liberties.”

“It sends the message Omar is an important figure; she is having an impact on the conversation of politics in Washington and it also is a message that he [Trump] feels threatened by her, or by her politics and existence,” Bedier asserted.

“If we look at her mere existence, what she represents is everything Trump has been speaking out against — immigration, Omar is a migrant. She is a refugee; she comes from Somalia. She is half Yemeni and both countries are among Muslim countries on the [travel] ban list,” he explained.

The immigration restriction is the Trump administration’s third, and affects people from Iran, Libya, North Korea, Somalia, Syria, Venezuela, and Yemen. Chad was dropped from the list of affected countries.

The latest version of the travel ban blocks people from seven countries — five of which are Muslim-majority — from U.S. entry. It bars immigration from, Iran, Libya, Somalia, Syria and Yemen as well as North Korea and Venezuela.

Moreover, Omar is a Muslim who wears scarf, Bedier said. “So many of the things Trump has been speaking against, and he had campaigned for the office [of the president].”

“Omar’s coming in Congress is a big blow to Donald Trump. She did not come before Trump but she became [Congress member] because of Trump,” he observed.

She is also a member of appropriation and foreign policy committees at the U.S. Congress.

The United Voices of America leader said that Omar has a “serious agenda”. “She is not in Washington to play and that agenda is rooted in her experience.”

“It is one of the few times when you have a member in Congress especially on the powerful committee on Foreign Relations, perhaps [Omar is] the first one that has experienced American foreign policy directly, the bad side of it; how it impacts, displaces people, creates refugees …” he added.

“There are fabricated controversies; their aim is to hurt her reputation, misrepresent her words and meanwhile to reduce her reputation and put pressure on Democratic leadership to kick her out of the important committees,” he said.

“But fortunately these forces will not succeed because Omar derives her legitimacy and support directly from the people and from grassroots using social media for them, through which she is able to bypass media which has been hostile to her,” Bedier explained.

Also speaking on a pro-Israel gathering of AIPAC, Bedier said that almost all speakers spoke against Omar. “It has increased her popularity; when Donald Trump attacks her, those who do not know Omar come to know about this woman which has helped galvanize support for her.”

“First that she is a Muslim woman and [second] she is a black Muslim woman,” said Fahmy who addressed the rise of the alternative right and the mainstreaming of anti-Muslim sentiment in the U.S. during the Islamophobia conference.

“She is in a position of power and from that position she is asking some critical questions. She is challenging the dominant paradigm of young people entering politics and remaining quiet,” Fahmy said about Omar.

However, she said, “When the president [Trump] tweets that we will not forget, her [Omar’s] statements were taken out of context — that she supports 9/11… This could perpetually lead to violence against herself.”

“The latent threat of violence against a Congresswoman by other members in the U.S. is a different paradigm something which we have seen in America before. And yet there is silence,” the American academic wondered.

“Omar also faced foreign threats for example from Saudi Arabian papers and media in the United Arab Emirates because she has questioned them … For example, the assassination of Jamal Khashoggi calls for investigations which goes against the interests of Saudi Arabia and newspapers started a narrative that she is a threat,” the academic explained.

A circle of Congress members need to come around in support of Omar, according to Fahmy. “Not just Muslims but average Americans should push their representatives to support her.”

“What we need is a coalition of Congress people to answer the constituents who colonize the language of Omar,” she added.

Fahmy also said that the international rules and values apply to everyone and that “we give individuals right to advocate how they see U.S. interests and not see it as a threat to status quo”.

“Omar is basically advocating the U.S. interests and it is not perceived as such because it is not in line with what other people have historically been saying,” Fahmy added.

It has just been three months that Omar is in office. “Let’s hope that the door for young women [in politics] is not closed after this moment,” she said.

“It is a watershed moment that young women coming in Congress and asking critical questions.”

One thought on “Laura Loomer Files Lawsuit Against Twitter, CAIR”