Not concerned about the safety of their own people, they throw money at returning headchoppers from the Islamic state. And to make sure that everything goes well, they hired an imam from the Amadiyya mob to advise them. 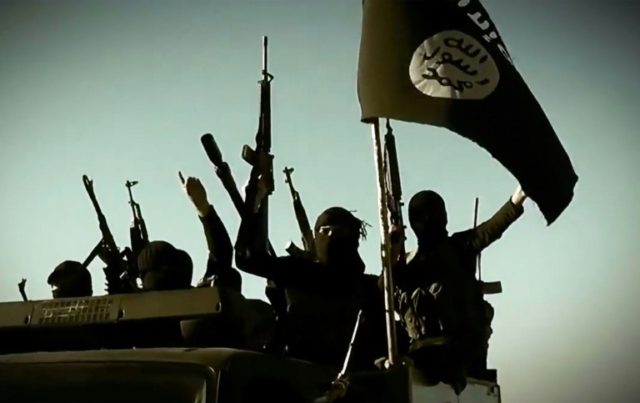 A Swedish imam based in Stockholm has claimed that returning Islamic State members need the “right” kind of Islam to help rehabilitate them back into society.

Imam Kashif Virk has called for the Swedish government to include the “knowledge and experience of religious congregations” to help reintegrate any returning fighters in an opinion article for publication Dagens Samhalle.

The imam was, however, cautious over the fact that Sweden may not be properly equipped to prosecute those who have committed atrocities overseas saying, “In Sweden, we have a legal system that is not adapted for these gross abuses against humanity. The crimes are difficult to prove. The punishment is not in proportion to the crimes.”

Virk also said that he was opposed to the idea of “calling terrorists home” and noted that the returnees “not only pose a threat to Sweden, but to the whole world.”

The article was written as a follow-up to another opinion piece Virk wrote earlier this month in which he argued that returning Islamic State members should not be banned from coming back from Sweden but should instead be given a “second chance” following a judicial process.

“Any offenses that can be proved must be prosecuted. The way back to a normal life must go through the judiciary,” he said.

Members of the Swedish Shia Muslim community in Örebro say they concerned for their safety if Islamic State militants return home.

Imam Virk is a member of the Ahmadiyya Muslim community, which is often seen as blasphemous by radical Sunni Muslim extremists such as the Islamic State who have referred to them as polytheists.

In 2016, it was reported that Islamic State militants went as far as to bomb an Ahmadi mosque in Bangladesh as part of a number of other attacks against non-Sunni branches of Islam.

Other Muslim groups in Sweden, such as the Shiite community, have expressed fear of Islamic State militants returning home.

Omran Hashem, the chairman of the Ahl Al-Bait Cultural Centre in the Oxhagen district of Örebro, said his centre had already been forced to hire guards due to threats from Sunni extremists.

“When they come back and know that there is a Shia mosque here, of course, we are afraid of it. They might come in and hurt someone,” he said.