New Zealand Rugby will almost certainly comply with alacrity. Historical knowledge of the Crusades is virtually non-existent among non-Muslims today; few people in New Zealand or anywhere else now remembers why sports teams were called “Crusaders” in the first place. No one remembers that the Crusades were tardy, small-scale defensive actions after 450 years of Islamic jihad that had conquered and Islamized what had been half of Christendom, as is documented meticulously in The History of Jihad From Muhammad to ISIS. And in New Zealand especially, any historical or present-day opposition to jihad is being demonized as leading to mosque shootings, and is being shut down accordingly. That the jihad will nevertheless advance there has not yet occurred to New Zealanders. By the time it does, it will likely be too late. 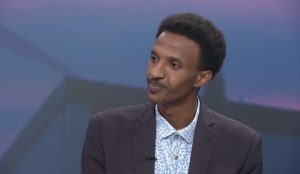 “Crusaders name, swords and horses have got to go, says Muslim advocate,” Stuff, April 4, 2019 (thanks to The Religion of Peace):JW 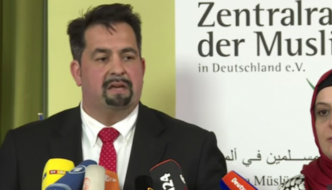 Germany’s leading Muslim organization has urged the government to appoint a Federal Commissioner to counter anti-Muslim attitudes in the country. “Such a Commissioner is needed more than ever because we have a latent anti-Muslim sentiment in Germany,” president of the country’s Central Council of Muslims, Aiman Mazyek, said. (More below the fold) 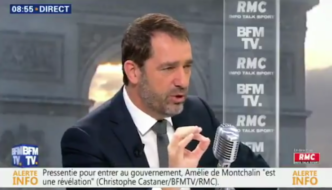 “France will not take back ISIS jihadis and their families following furious backlash at reports 250 of them would be allowed to return,”

Mazyek’s demand was supported by leading German political parties, including Chancellor Angela Merkel’s coalition partner, the Social Democratic Party. The right-wing Alternative for Germany (AfD) was the only party to oppose the call.

The proposal comes at a time when crimes against Muslims are on decline in Germany. “In 2018, 813 attacks against Muslims and mosques were registered, compared to 950 such crimes in the previous year,” German newspaper Die Welt reported earlier this week. “These recorded crimes include hatred against Muslims or Muslim refugees on the internet (so-called hate comments), threatening letters, attacks of women wearing headscarf and on Muslim men on the streets, as well as property damage and Nazi-graffitis on houses and mosques,” German daily the Neuen Osnabrücker Zeitung commented.

The head of the Muslim umbrella group also called for more ‘sensitivity training’ for Germany’s police and judiciary.

Die Welt reported the broad political support for the demands made by Germany’s Central Council of Muslims:

The head of Germany’s Central Council of Muslims calls for a Federal Commissioner to combat hate against people of Islamic faith. He received support from the leader of the Left Party [successor of the East German Communist Party]. The suggestion received mixed reaction in the parliament.

The Left Party backed the demand made by the head of Central Council of Muslims, Aiman Mazyek, to appoint a Federal Commissioner to fight hostility towards Muslims. “Because Islam is part of Germany, there should be a Commissioner to counter anti-Muslim hostility,” head of the Left Party, Katja Kipping, told Die Welt. “It is an expression of our basic Liberal order, that not only people who reside here can practice their faith, but also that we protect the faithful against hate and defamation.”

Kipping was reacting to Mazyek’s demand. Talking to the Neuen Osnabrücker Zeitung, he had called the appointment of such a Commissioner “necessary than ever before” because there is a “latent anti-Muslim sentiment in Germany.” (…)

The SPD [Merkel’s junior coalition partner] and the Green Party are open to the idea. “Hostility towards Muslims is a theme that we must keep a watchful eye on,” SPD’s interior affairs spokesperson Lars Castellucci said. “We will seek dialogue with the Central Council [of Muslims] to look at which measures are best suited, and join forces to push them. Filiz Polat, Green Party’s spokesperson for Islam, described the demand made by the Central Council [of Muslims] as “more than understandable.” “Generally speaking,” Anti-Muslim racism gets “less than sufficient attention despite growing Islamophobia and hostility towards Muslims in Germany.” There is an urgent need for “a debate and solidarity against Islamophobia spanning across the society.”

The AfD party described the demand for a Commissioner to fight hostility towards Muslim as “not meaningful.” Although, attacks and violence against any ethnic or religious group must be decisively countered, said, Volker Münz, spokesman for Church related matters. “However, it doesn’t help if every group gets a commissioner from the Federal Government.” [Translated by the author]

While hate crimes against Muslims are on decline, violence against Jews is on the rise. In 2018, Germany witnessed a ten percent surge in anti-Semitic hate crimes. last year “there were 1,646 incidents recorded nationwide, compared to 1,504 in 2017,” German broadcaster Deutsche Welle reported. Many of the perpetrators are clearly identified as individuals with Muslim backgrounds.

3 thoughts on “The Camel’s Nose”