The Irish seem to have a death wish. Ireland will receive an extra MILLION people before 2040 & that’s not going to come from [the] indigenous population.

Irish Government even ‘Paid the Press’ to promote their plan to grow population by 1 Million with “Refugees”.

Irish Muslim Board call for Islamic dress codes by allowing girls to wear full-length skirts,long-sleeved shirts & headscarves- while at the same time requesting for clothes w crucifixes to be made ‘optional’ in interests of creating ‘greater inclusivity’

Reports that Asia Bibi is still being held in a “secure location” in Pakistan are unconfirmed and her current whereabouts remain unknown. A Muslim cleric appointed to advise the Government about (an imaginary mental condition) “Islamophobia” has previous links to an Islamic hardliner who called for a woman to be hanged for blasphemy.

Islamophobia adviser Imam Qari Asim had previously defended the extremist preacher, Khadim Rizvi, who was responsible for calling for Asia Bibi, a Pakistani Christian, to be executed for blasphemy against Islam, the Mail on Sunday reports.

I’m much more interested  to see the tax returns of every politician who became a multi millionaire on a public servant’s salary.

Iran Warns ‘Idiotic’ U.S. it Will ‘Retaliate’ if Republican Guards Designated as Terrorists

Thank you, President @realDonaldTrump for your decision to designate the Islamic revolutionary guards as a terrorist organization. Once again you are keeping the world safe from Iran aggression and terrorism.

Hussein Obama delivered an almost 90-minute speech over the weekend. He referenced himself 392 times. Obama delivered the almost 90-minute speech, including a question-and-answer session for his foundation. The speech was targeted at “emerging leaders.”

Pope Blames Europe, U.S.A. for Death of Children in Yemen and Syria 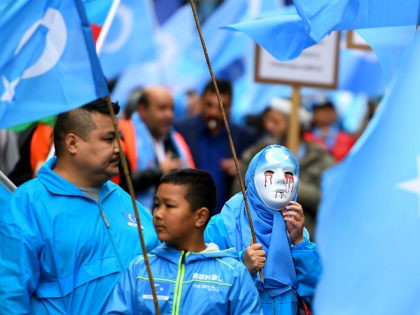 The Chinese Anti-Muslim policy is both Moral and Correct.

If you are a Moral person, and care about Human life, You Should Support the Repression of the Uighur Muslims, and Opposition to Islam in general.

Muslims of all stripes and all sects are, have been, and always will be a danger a menace to Kafirs (non-Muslims) and other Muslims alike.

The Chinese government is fully within it’s rights to repress the practice and spread of this evil false religion of Islam, and to hold Muslims accountable for their part in perpetuating this murder cult. By prohibiting the practice of Islam, the Chinese Government is protecting Chinese citizens, both Kafir and Muslim, from the real, authentic teachings of Islam, which are: To Murder and rape Kafirs until the whole world becomes Muslim.

Islam teaches Muslims that they are not only permitted to murder, rape, lie, steal and oppress for the sake of Allah, it Commands them to do so.

Islam cannot be made peaceful, and no once, not the Chinese, nor the West, nor any other groups is obliged to attempt to salvage Islam. Islam is Evil and should be abandoned and repressed across the board.

The Chinese Policy of coercing Uighur Muslims into apostatizing will permit these people to rejoin society, and live productive lives, free from the influence of the false prophet, Muhammad, who commands his followers to commit murder, treason, and mass rape. The Muslims are being destroyed by Islam, and the Chinese policy of coercion and repression will be better for them, than following the dictates of the Shariah, and the Sunnah of Muhammad, that cursed pedophile who burns in hell forever.

Muslims, as carriers of Islam, have declared war on Non-Muslims, and we must defeat them. Muslims are the enemies of All other people on earth, and deserve to be abolished and forgotten.