Spain: Muslim Population in Catalonia Grew by 20% in 4 Years

That and unemployment is about the only thing that grows in Europe, apart from stupidity, which is  spreading like wildfire:

Catalonia has the fastest growing Muslim population in Spain — and more Islamic centres than any other region in the country.

Here, the left has total hegemony and the patriotic forces are being literally persecuted by the leftists, Defend Europa reports.

But 9/11 was done by da Jooozzz, which was a great victory for Islam, just like Christchurch….

(I know it’s complicated, but  Islamic pathology is so fucking decrepit it makes you shudder. )

“Eliminated” would be better. What does “investigated” even mean?

A pair of Moroccan migrants in Italy are under investigation in connection with the bombing of an office of “populist” Interior Minister Matteo Salvini’s League party.

Terror in Germany: Investigators Have Foiled 13 Attacks Since 2010

That number seems a bit low. But rest assured that many more are in the pipeline. 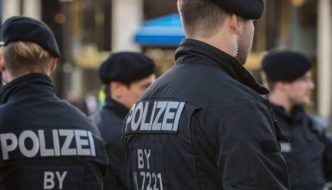 In Islam, zakat — the alms required of every Muslim — can and should be given to further the jihad. So it shouldn’t surprise anyone that there are so many jihad-linked charities. “German Police Raids Offices of Islamic Organisations Suspected of Financing Hamas,” Reuters, April 10, 2019

A study has found that white British homeowners in Glasgow, Scotland, were more likely to move house when people from Pakistani or other Muslim backgrounds moved into the neighbourhood.