Merkel Govt May Have Let In Thousands of War Criminal Migrants 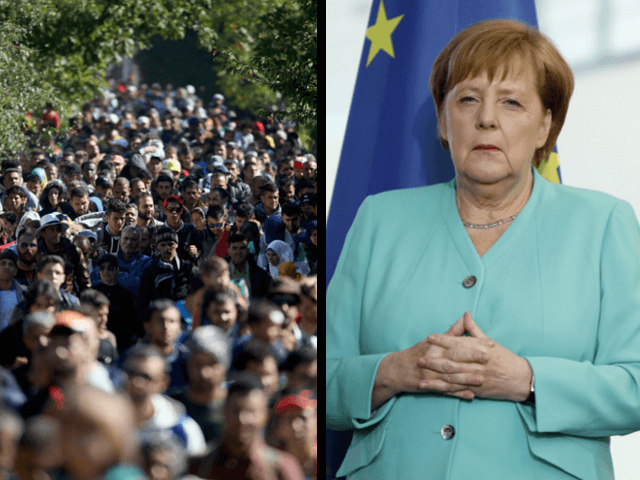 Angela Merkel has again defended her decision to open the borders in 2015, insisting welcoming the influx of more than a million third world migrants was “not a mistake”.

Speaking at a town hall dialogue in Brandenburg on Tuesday evening, the German Chancellor said the move was necessary against the backdrop of an “extraordinary situation” in the form of conflict in Syria and Islamist terrorism in the Middle East.

Her decision to suspend the Dublin Regulation on asylum with her announcement that “refugees” were welcome — moves which triggered an unprecedented wave of third world migration to Europe — were “not something to disown”, she told the audience.

But despite the government’s splashing out tens of billions of euros per annum on housing, welfare, and integration for newcomers since the crisis, 65 per cent of the “refugees” who arrived to Germany in 2016 are still not in work, as Breitbart London reported in January.

Results of a large-scale study by the German Federal Office for Migration and Refugees (BAMF), which interviewed 7,500 migrants, were branded “sobering” by local media after revealing how 20 per cent of employed migrants were only working “mini-jobs”, while even refugees in full-time employment earned a median salary of just 1,564 euros (£1,371) gross per month.

Germany has also seen a rise in violent crime since the influx, with the country’s Interior Ministry last year admitting that asylum seekers, refugees, and illegal immigrants carried out at least 447 killings and attempted killings in 2017.

One thought on “Opening the Borders ‘Not a Mistake’: Merkel Defends Open Borders For Islamic Savages”