They pretend to be do-gooders, but they are well paid by Soros and a number of complicit NGO’s. These people smugglers are criminals.

Migrant rescue ships docking in Italy without authorisation could soon face fines of up to $81,700, as part of a government crackdown that the United Nations warns violates international law.

Under the decree – promoted by populist Deputy Prime Minister and Interior Minister Matteo Salvini – the captain, owner and operator of vessels entering Italian waters without authorisation will face fines of between $16,300 (€10,000) and $81,700 (€50,000), the politician told reporters after it was adopted on Tuesday.

Salvini, who swept into office on the back of his anti-migrant policies, did not mention migrant rescue ships specifically.

But the decree is a clear attempt to deter such vessels – which pluck thousands of migrants from the Mediterranean each year – from docking in Italian ports.

The decree added that vessels repeatedly entering Italian waters without authorisation would be impounded.

The decree will now go before Parliament for final signoff. But with Salvini’s far-right League party and its coalition partner the Five Star Movement holding a majority, it is likely to pass easily.

Decree a threat to ‘human rights’

But UN investigators said the decree would “seriously undermine the human rights of migrants.”

African savages & Mohammedan headbangers do not have a ‘human right’ to settle in Europe.

In a letter sent to the Italian government in May, a panel of human rights experts condemned the then-proposed decree, saying it “represents yet another political attempt to criminalise humanitarian actors delivering life-saving services.”

That’s a falsehood. People smugglers are putting these people in life-threatening situations.

Such decrees stigmatise migrants as “possible terrorists, traffickers and smugglers,” without providing evidence, the experts said.

“We are concerned that this type of rhetoric will further increase the climate of hatred and xenophobia” in Italy.

In response, the Italian government doubled down on its approach, telling the UN in a letter that the organisation showed an “astonishing mental narrowness,” according to a report by state news agency ANSA.

It added that the respect for human rights is a “priority objective” of the government.

The decree comes after an online petition calling for the release of German migrant rescue ship captain Pia Klemp received more than 80,000 signatures.

Klemp, who captained the ships Sea-Watch 3 and luventa, has been charged by the Italian government with assisting illegal immigration.

She is now staying with friends in Germany and Brussels, she told Swiss newspaper Basler Zeitung on Friday, and awaiting trial. She faces up to 20 years in prison if convicted, she said.

Klemp, from Bonn in western Germany, is believed to have rescued hundreds of stranded migrants attempting to cross the Mediterranean into Europe. 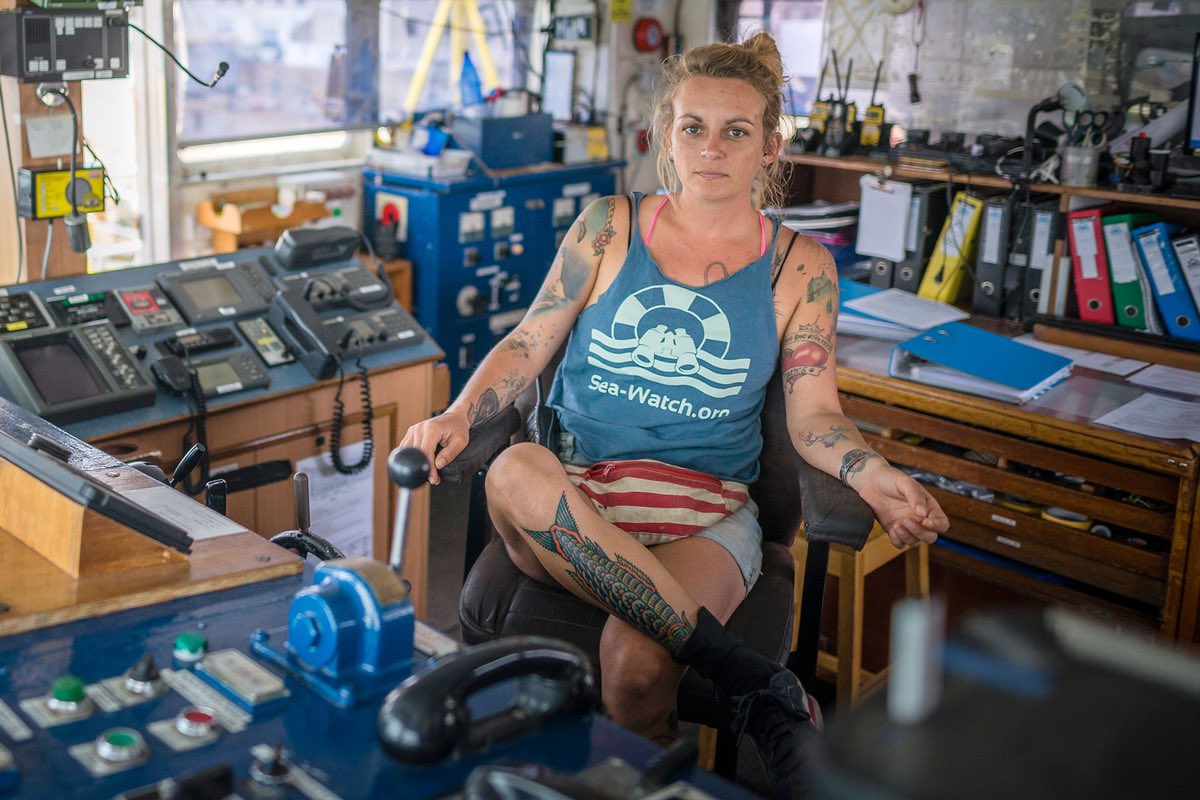 Pia Klemp, a German biologist & boat captain faces 20 yrs in prison for rescuing 1,000+ migrants at risk of drowning whilst crossing the Mediterranean. Seeking asylum is a human right. Only 1 in 100 sea captains are female. This woman is a humanitarian, not a criminal. #FreePia

In 2017, Klemp’s ship, the Iuventa, was seized in the Italian port of Lampedusa and the captain and nine other crew members were put under investigation, she told the newspaper.

Italy’s standoff over migrant rescue ships reached a crisis point in summer last year when a number of vessels, some carrying hundreds of people, were stuck out at sea for days with nowhere to dock.

Salvini is one of a number of nationalist politicians in Europe – including Hungary’s Viktor Orban and France’s Marine Le Pen – who have gained popularity in recent years through anti-migrant policies.

Against this backdrop, the European Union has increasingly adopted a strategy of supporting the Libyan Coastguard to intercept migrants before they reach European shores.

But international rights groups have warned of the dangers facing migrants who are returned to Libya, where they face extreme violence and abuse.

A CNN undercover investigation in 2017 revealed cases of migrants being sold at slave auctions.

2 thoughts on “Boohoo, Salvini is not letting us dump African savages in Italy”