Juncker Complains That He Does Not Have a Private Plane 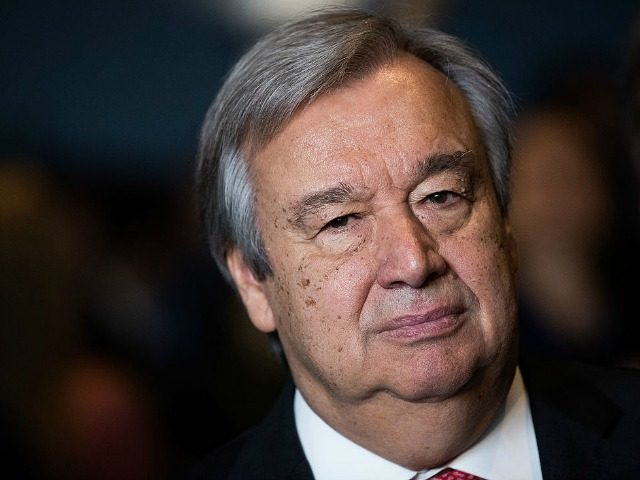 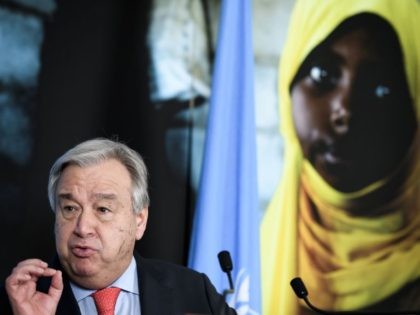 It’s quite obvious that even this communist POS is not as dumb as he sounds. But be reminded that he represents the OIC in the UN. We should see him as an emissary of the Mohammedans.

EU nations must surrender immigration controls to Brussels and have their borders opened wide to mass migration from outside the continent because Europe “has been enriched throughout its history by diversity”, according to Antonio Guterres.

Europe has never been enriched by African savages or Mohammedans. Guterres is full of shiite.

Receiving the anti-national sovereignty Charlemagne Prize, (Kalergi Prize) previously awarded to globalist figures including Pope Francis, Angela Merkel, and Emmanuel Macron, the UN secretary general began his acceptance speech with the warning that many voters in Europe were “turning inward, mired in the memory of a golden age that probably never was”.

That’s humbug. Postwar Europe is in the midst of  a Golden Age like never before in history. Europe is now experiencing  the longest phase of peace in its history. Corruptocrats like Gutterat  are plotting to end this Golden Age of tolerance & prosperity.

“Assimilating several culture[s] and legacies was the starting point of European culture,” Guterres told an audience in Germany last week, noting that the Charlemagne Palace in Aachen “borrowed several elements of Roman and Byzantine civilisation”.

Those were civilisations, not barbarians.

But Europeans would not be able to “protect [the continent’s] rich heritage” without adhering to globalist demands including mass immigration, slashing carbon emissions to zero by 2050, and “boosting the [UN] 2030 Agenda and its Sustainable Development Goals” which include calls for abortion on demand, equality of outcome based on gender, and the promotion of LGBT lifestyles to young children, he claimed.

None of this is desirable. “Sustainable Development” stands for de-industrialisation, the carbon racket is to make energy too expensive for common people and the rest is just perverse.

Declaring that Europe “cannot be premised on ‘us’ versus ‘them’”, the Portuguese socialist said there was “no alternative” but to open the bloc’s borders, alleging that “closing our doors to asylum seekers does not protect but shame this heritage”.

It’s not that we’re not tolerant towards others. It’s that Mohammedans hate us. And African savages are undesirable.

“All societies tend to be, or are already, multi-ethnic, multi-cultural, and multi-religious. This must be considered as a richness, not as a threat,” Guterres insisted, before demanding Brussels tear down EU nation states’ external frontiers and force taxpayers to send money to the Global South in order to achieve a “balanced [immigration] approach addressing the root causes of migration while preserving the rights and dignity of migrants”.

Many lies & absurdities in  what he says.

No nation has ever recovered from a Mohammedan invasion. None, with the exception of Spain. Ironically, there are now more Mohammedans in Spain than during the occupation of al Andalus.

The UN boss underlined so-called anthropogenic climate change, mass immigration, and xenophobic “hate speech” on the internet — the third of which he claimed in the address, which made no mention of Islamic extremism, is “fueling terrorism through social media” — as “three unprecedented challenges” which “knock on our doors” at “this time of great geopolitical disorder”.

No. Censorship ends all liberties. Gutterrat will not succeed in muzzling truth-tellers.

After complaining that “the Human Rights [sic] agenda has been losing ground to the national sovereignty agenda”, Guterres went on to talk a little about the medieval ruler and first Holy Roman Emperor Charlemagne, who had united the western part of Europe by the 9th century.

Using Charlemagne to justify a Mohammedan takeover of Europe is bizarre.

Comparing the struggle of the man dubbed ‘Father of Europe’, whose “inability to write was the … frustration of a lifetime” to third world refugee children imported to Europe, the former leader of Portugal added that “like Charlemagne, Europe had to learn from Jerusalem, Athens, Rome, and so many other cultures”.

We did. And we know why they failed.

In Britain, the UN leader’s speech was described as “necessary reading” by Church of England leaders declaring support for the far-left eco-movement, Extinction Rebellion.

They are complicit in our genocide.

In a pastoral newsletter for June, which made no mention of Jesus but instead heavily pushed for more establishment-promoted globalism, the diocese of Lichfield blasted the existence of “pockets of climate change deniers” who dared “portray protestors as misguided and even members of an ‘eco mob’” demanding Christians instead “salute” the aggressive, ‘eco-anarchist’ group “for prioritising the future of our planet over the comfort of their armchairs”.