Islamic terrorism-apologist Muslim Mayor of London, Sadiq Khan, compares US President Donald Trump’s rhetoric to that of a “20th-century fascist” and says he is an example of the “growing global threat of the far-right” 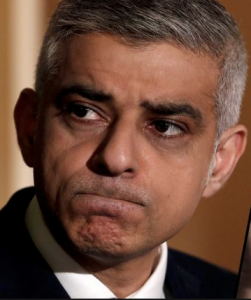 “Britain should not roll out the red carpet for President Donald Trump because he uses language similar to that of 20th century fascists,” London’s Pakistani Muslim Mayor Sadiq Khan (right) said today. Writing in the Observer, Mr Khan said: “President Donald Trump is just one of the most egregious examples of a growing global threat.”

Metro UK ‘The far-right is on the rise around the world, threatening our hard-won rights and freedoms and the values that have defined our liberal, democratic societies for more than 70 years.’

‘Viktor Orban in Hungary, Matteo Salvini in Italy, Marine Le Pen in France and Nigel Farage here in the UK are using the same divisive tropes of the fascists of the 20th century to garner support, but with new, sinister methods to deliver their message.’ 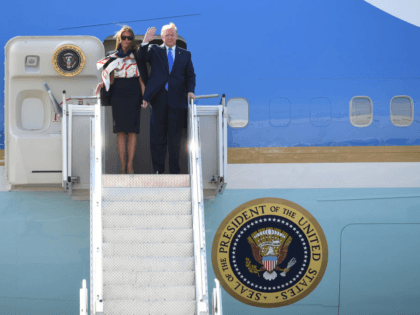 President Donald Trump fired back at London Mayor Sadiq Khan’s direct attack on him, taking to Twitter Monday morning as he landed in the UK to dismiss the outspoken left-wing politician as a “stone cold loser”.

3 thoughts on “Trump in Londonistan: “Kahn reminds me very much of our very dumb & incompetent Mayor of NYC, de Blasio””