‘Terror made me victorious”-– Muhammad, prophet of Islam “OIC warns of hate speech against Muslims in Sri Lanka,”

The assertion that “terrorism has no religion” only serves to obscure the fact that the Sri Lanka mass murderers were acting in the name of Islam and in accord with its teachings. To ignore or deny that fact is to postpone, yet again, the work of developing a realistic response to jihad terror.

“No community should be held responsible for the actions of extremists.”

But devout Mohammedans do not consider themselves ‘extreme’ in any shape or form. They only follow the straight path of the prophet. Allahuakbar! Here is the real collusion. But as always, the establishment media and the political elites will protect Omar from any political consequences, should she take such donations.

As bizarre as support for China by Turkey and other Islamic countries looks, one of the reason for it is economics, as “Erdogan reportedly traveled to China to boost the Turkish economy.” But support for China most importantly shows how little Islamic supremacists are concerned about Muslim lives. Their primary focus is power and expansion. Let’s not forget that since 1948, Muslims have murdered about 12 million of their coreligionists. Muslim countries turning their backs on the Uighurs also demonstrates the level of contempt that Islamic countries have for democracies — a hatred that is more powerful than love for their coreligionists.

Independence groups say they are ready to ‘take over our country’ amid rumbling conflict in far east of the archipelago.

Totally ignored by the ‘climate-change’ media in the West, there’s a genocide going on in West Papua. The Indonesian Moslems are systematically dislodging & murdering the natives if they don’t convert to Islam. Malaysia is engaged in similar atrocities against its native people. 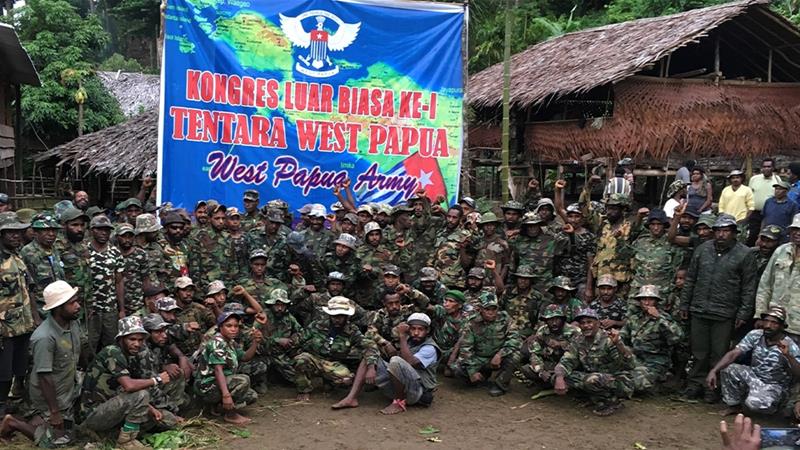 Jakarta maintains that West Papua, which occupies the western half of the island of Papua New Guinea, is Indonesian [ULMWP/Al Jazeera]

Jakarta, Indonesia – The three main armed separatist groups in West Papua have joined forces to step up their push for independence as clashes between the rebels and the Indonesian military has forced thousands of civilians from their homes.

That’s a lie from al Jazeera. Not “clashes” forced them from their homes, but the Indo military that’s waging a jihad against them.