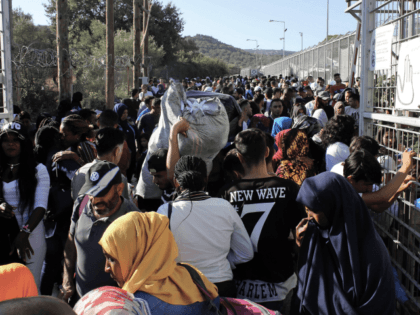 Hungary: ‘Illegal Migration Is a Threat to European Culture and Civilization’

Immigration is one thing, Mohammedan migration for the sake of allah is quite another. These two things must not be conflated.

The Hungarian government has warned that illegal migration threatens Europe’s future, culture, and civilisation, reiterated its “sovereign right” to reject multiculturalism, and criticised the European Union for pushing back against Italian leader Matteo Salvini’s attempts to clamp down on illegal sea crossings.

“We have a very clear policy,” explained Péter Szijjártó, foreign minister in Hungarian leader Viktor Orbán’s conservative government, in an interview with the Voice of America agency owned and funded by the U.S. government.

“We want to preserve Hungary as a Hungarian country. We have a right for that. It’s a sovereign right of Hungary to decide whom we would like to allow to enter the territory of the country, and with whom we would like to live together,” he said, insisting “we do not accept either Brussels, New York or Geneva” — key power bases for the European Union and United Nations — “taking these kinds of decisions instead of us.”

Why would you buy your climate panic from a hysterical kid with Asperger’s syndrome?

Hipsters Fleeing Paris Due to Crime and Cost of Living

France is turning into a ‘s#ithole’ country. 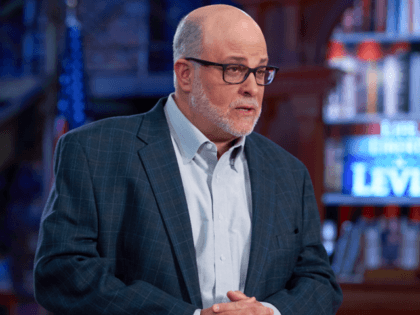 Trump: Democrats Are ‘Clowns’ for Impeachment

Obama and his wife Michelle famously signed a book deal estimated at $65 million in 2017. 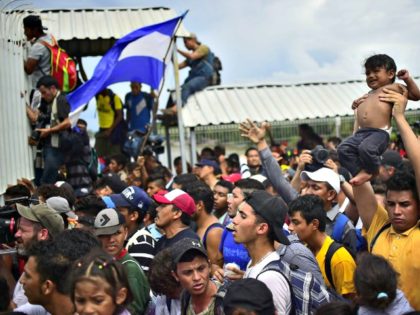 Hungary PM Warns on Long-term Migrant Crisis: ‘Millions Will Arrive, Our Task Is to Defend Our People’ https://www.breitbart.com/europe/2019/07/13/hungary-pm-warns-on-long-term-migrant-crisis-millions-will-arrive-our-task-is-to-defend-our-people/ …

Orban on Migration: ‘Millions Will Arrive, Our Task Is to Defend Our People’

Viktor Orbán warned the migrant crisis is a long-term phenomenon, and Europe’s nation-states must be prepared to correct the EU’s mistakes.

232 people are talking about this

Szijjártó accepted that some EU members-states regard “migration as something desirable” but that his government did not agree, and refused to be judged “just because we think differently.”

The Hungarian suggested that the pressure which has been put on his country by the European Union, pro-open borders “civil society” non-governmental organisations (NGOs), and the left-liberal global commentariat stems from misunderstandings over “what is a human right and what is not a human right”.

“[M]igration is definitely not a fundamental human right,” he insisted — but “to have a safe and secure life back at home” is.

Migration is INEVITABLE because of demographic, economic and environmental factors.

Migration is NECESSARY to meet labour demands and ensure the vibrancy of economies.

Migration is DESIRABLE for migrants and host populations alike – when governed humanely and fairly.

1,158 people are talking about this

Szijjártó told the American outlet that “We Hungarians have proven that, with the support of the Central European countries who send troops and policemen to our southern border, that [illega] migration can be stopped” — part of a wider pushback against the United Nations narrative that migration is “inevitable” (as well as “desirable” and “necessary”).

He stressed that at sea, too, where hundreds of thousands of migrants have been ferried to Greece from Turkey, tens of thousands to Italy and Spain from North Africa, and hundreds to England from France, usually by or with the help of people-smugglers or so-called “rescue” ships operated by NGOs, it can be stopped, as Italy’s populist deputy prime minister and interior minister Matteo Salvini has proven.

“But unfortunately, instead of being supported by Brussels, he was enormously attacked by European institutions,” Szijjártó lamented.

152 people are talking about this

Asked by Voice of America if the Hungarian government’s robust opposition to mass migration and multiculturalism was at odds with its equally robust opposition to the Ukrainian government interfering with the rights of their Hungarian minority to attend Hungarian-language schools in Transcarpathia border region, Szijjártó was adamant that the two issues were “totally different”.

“Hungarians in Transcarpathia have not moved there, they had been living there for centuries,” he explained.