THE MUM of a teenage girl who was gang raped by three Somali men has revealed how she was harassed by more than 50 friends and family when they were jailed for a combined 29 years.

Jane Smith (not her real name) claims she had to be smuggled into the back entrance of Manchester Crown Court “as if she was a criminal” to see the three men sentenced for raping her daughter, who was just 16 at the time.

A herd of more than 50 family members and friends gathered at the court as Bilal Ahmed, Mowled Omar Yussaf and Muhyadeen Osman were jailed for nine, ten and ten years respectively. 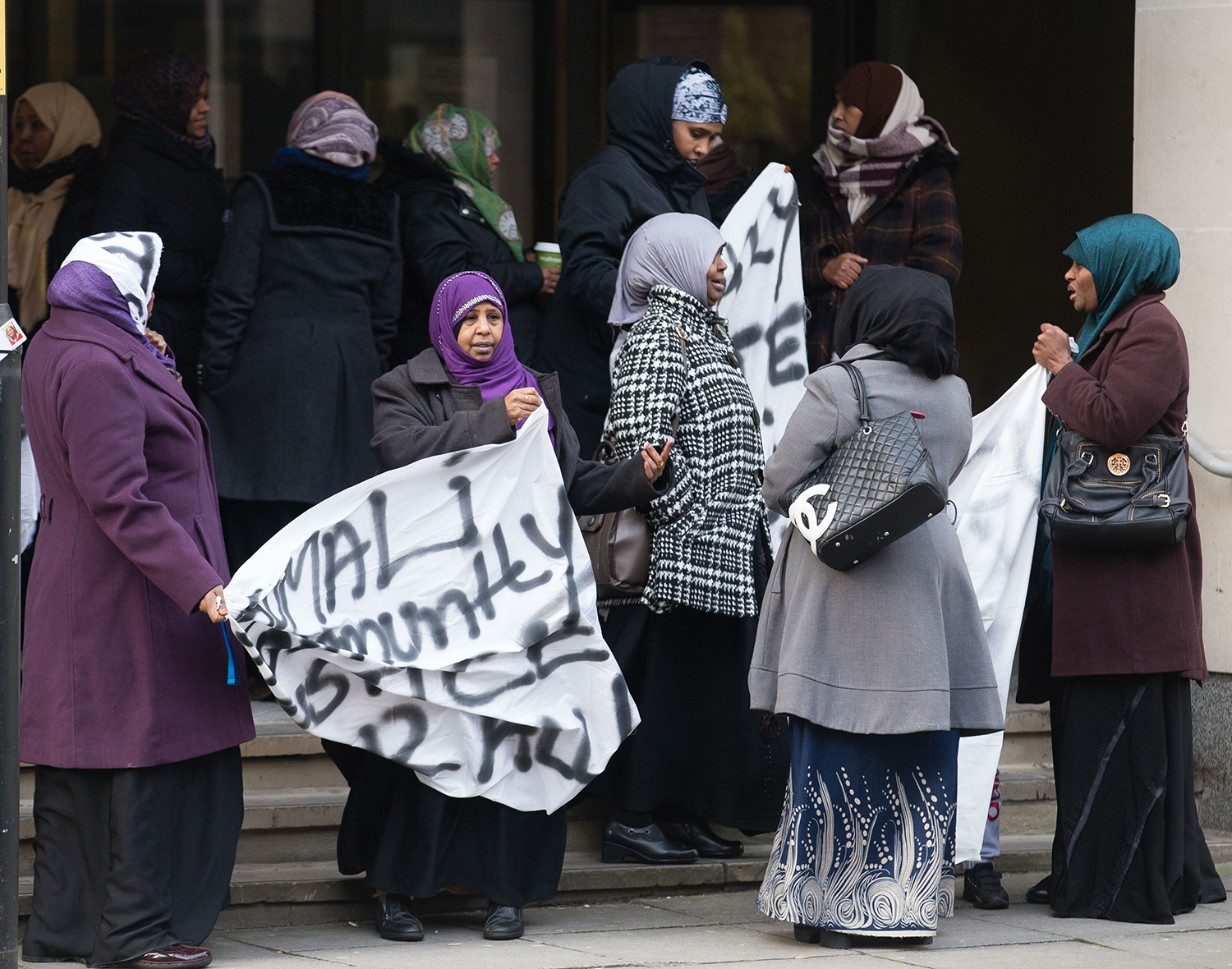 All three men, of no fixed address and Somali heritage, were 18 at the time of the rape and lured the victim, now 19, to Victoria Park Hotel in Manchester on August 9 2013 under the pretence of a game of “hide and seek”.
.

Jane claims throughout the two-month trial, relatives of the three men who raped her daughter gathered in huge groups and deliberately intimidated her and her family.

Many refused to move when they tried to get past in corridors, whispered abuse under their breath and stared at the victim’s family in an attempt to intimidate them.

Family members of the rapists even protested with banners outside the court on the day of sentencing and many mobbed prison vans as the men were driven away from court.

“It was scary. If this is what it does to us, then what would this be
like for the victim of a rape case?

“My daughter was too traumatised and only attended the court on the few days she had to give evidence when thankfully there were less of them around. But I think it is awful that if she would have attended towards the end of the trial when more of them were there then she would have been subjected to this. It’s a disgrace and the system allows this to happen.

“No wonder that so many people are too scared to prosecute over rape if this is what they have to go through. We were scared throughout this but we just knew we had to keep going to get justice.”

One thought on “Where in the world would the police ‘lose’ the DNA profiles of 144 Islamic terrorists?”