#Portland has surrendered control to the mob

#Antifa runs the show.  Cops are not allowed to stop them

Why is everyone ignoring Antifa wearing communist symbols? Why are they being called “anti-fascist” instead of communists? Why is the media letting them get away with threatening them for photographing in public? Portland Antifa are the real fascists 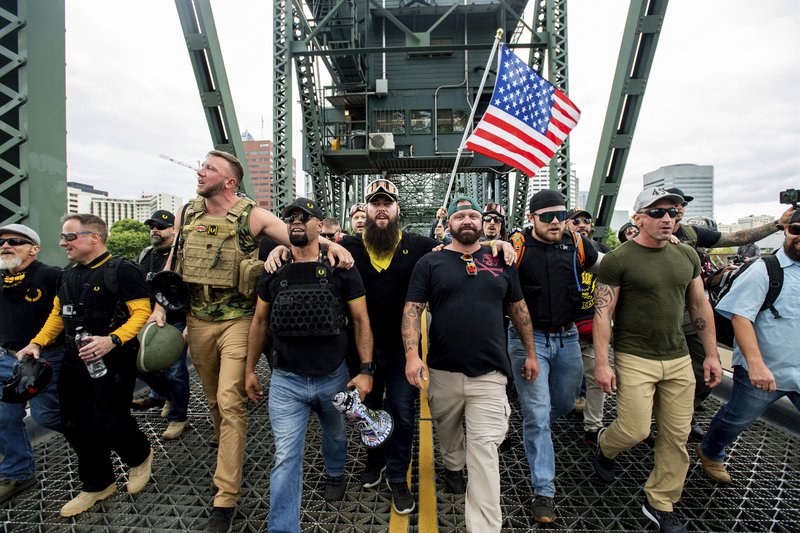 Members of the Proud Boys and other right-wing demonstrators march across the Hawthorne Bridge during an “End Domestic Terrorism” rally in Portland, Ore., on Saturday, Aug. 17, 2019. The group includes organizer Joe Biggs, in green hat, and Proud Boys Chairman Enrique Tarrio, holding megaphone.

Again: Antifa are anarchy-communists.
Their goal is to destroy civilisation.
“Anti-fascism” is a false flag.
https://twitter.com/dcexaminer/status/1162913967934775296

One thought on “Antifa Terror in Portland”