The German authorities are going to have to come up with a better excuse than ‘mental issues’ for these ever-increasing attacks. 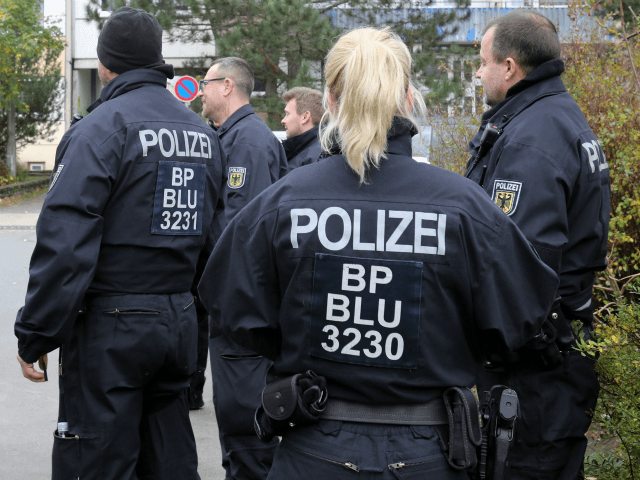 A local news bureau reported “shock” in the German city of Stuttgart after a 36-year-old man was hacked to death with what appeared to be a katana-type sword in the middle of the street on Wednesday afternoon.

The attack took place in front of dozens of witnesses and was filmed by passers-by on mobile phones from multiple angles, and saw a man, a 36-year old German resident of Kazakhstan origin, lying on the floor and being repeatedly hacked at and stabbed with a sword, reports German newspaper Bild. Who needs peace & prosperity when you got Islam already?

Video recordings from the scene seen by Breitbart London show the victim lying helpless as the attacker raises the weapon above his head, reportedly bringing it down on the head and upper chest of the victim repeatedly while witnesses can be heard screaming and calling for police in the background.

Suspect in the sword murder case in Stuttgart is a migrant who is registered as a 28 y/o SYRIAN REFUGEE. Victim was 36 y/o “German-Kazakh”.

An imported savage from Eritrea pushed two people in front of a train in Frankfurt, killing one of them — an 8-year-old boy. The report here provides a follow-up to the atrocity, including the official response by irresponsible officials. 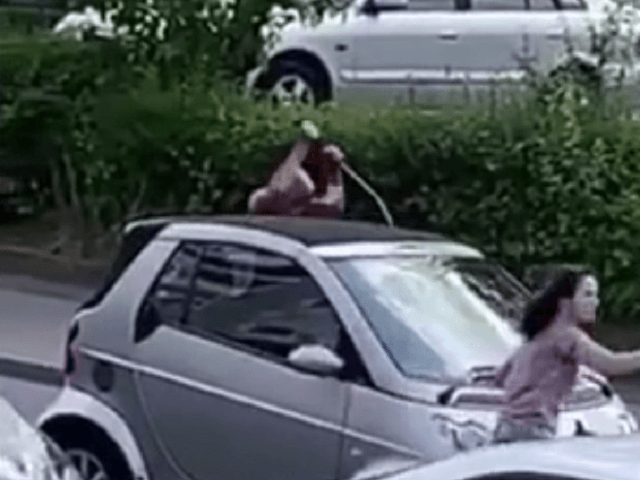 A screen capture shows a man raising a sword into the air before plunging it into his victim. German media has reported the social media video as genuine / Screenshot

The perpetrator fled the scene on a bicycle and was given chase by police officers supported by a helicopter. The suspect was reported by regional newspaper Neue Ruhr Zeitung to be a 28-year-old man of Syrian migrant origin who arrived in Germany in 2015. He has been arrested and will appear in court on Thursday afternoon. The suspect is being interrogated by police with the assistance of an interpreter.

The paper further reports the suspect and the Kazakh-origin victim were known to each other, having previously been roommates. A police spokesman appealed to members of the public to stop sharing videos of the attack on social media, warning it could have “criminal consequences”.

Although the attacker was reported to have repeatedly shouted “why did you do that?” at his victim during the killing, no motive is yet known.

The savage attack hit the headlines as Germany remained in a national discussion triggered by another shocking act of migrant violence which took place on Monday. Forty-year-old Eritrean migrant Habte Araya was arrested after attempting to push three people underneath a moving express train at Frankfurt central station. An elderly woman fell on the station platform and received light injuries, but a mother and her eight-year-old son fell onto the tracks where the child was killed instantly.

The migrant allegedly responsible for the attack had previously been hailed as an example of successful migrant integration into European society.

If even model Mohammedans are potential kuffar killers, immigration is an irresponsible risk.

“It’s a new form of terror! They hate Germany, they hate our women and children and they kill out of sheer bloodlust.”– Martin Hess, AfD

One thought on “Germany terrorised by Islamic cultural enrichers”