I’m not sure about that. It seems stupidity is on a roll.

Swedish climate change activist Greta Thunberg has hit back after being called the “deeply disturbed messiah of the global warming movement” in an Australian newspaper column.

“I have never seen a girl so young and with so many mental disorders treated by so many adults as a guru,” wrote Andrew Bolt.

Isaiah 3:12 Youths oppress My people, and women rule over them. My people, your leaders mislead you; they confuse the direction of your paths. 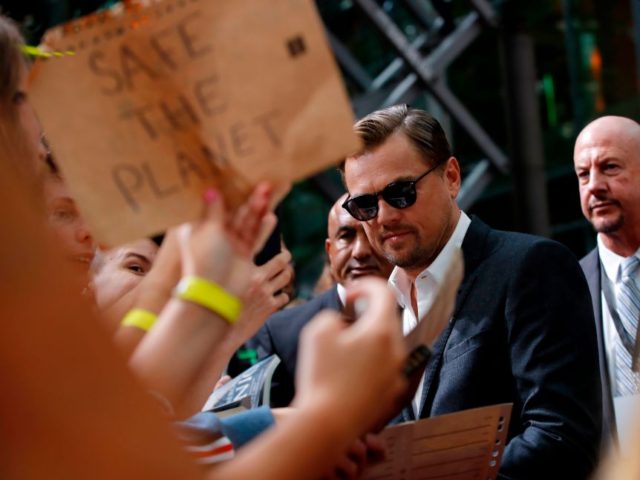 This was the week when the global environmental movement reached peak hypocrisy, peak lunacy, peak absurdity.

Dozens of Hollywood A-listers, pop stars and royalty including Leonardo Di Caprio, Katy Perry and Prince Harry raise awareness of global warming by flying to Sicily in 114 private jets to attend a Google Camp on the theme of climate change. Did they think – what? – that we wouldn’t notice the irony here?

Prince Harry confides that he is only going to have two children by his current wife – ex-Suits actress and Vogue editor Meghan Markle – because any more would apparently be bad for the planet. (This is the same Meghan Markle – aka the Duchess of Sussex – who flew home by private jet earlier this year after travelling to New York for a baby shower)

Three eco-warriors plucked from Extinction Rebellion’s street protests to model for Stella McCartney’s new fashion campaign are revealed by the Mail on Sunday to have racked up 135,000 air miles between them in recent years on their vital mission to save the planet. Pig-tailed activist Greta Thunberg announces she is to cross the Atlantic in the most eco-friendly way possible: on a yacht built of environmentally toxic carbon-fibre at the height of the hurricane season.

Environmental activists from a group called Reclaim the Power chain themselves to what they imagine to be the London headquarters of power station Drax… only to discover, belatedly, that the building in fact now belongs to one of Europe’s leading renewable energy companies.

Truly environmental stupidity is the gift that goes on giving…

Meanwhile, in the real world, the climate stubbornly refuses to do what the greenies would like it to do – so they have to fabricate the evidence instead.

In Germany, what was reported as an all-time record temperature high during last week’s heatwave, turned out to come from a weather station so badly sited that one expert estimated that the Urban Heat Island effect could be exaggerating its temperature recordings by as much as 3 degrees centigrade.

In Cambridge in the UK, similarly record-breaking highs trumpeted by the BBC, turned out to come from a similarly encroached urban site “too compromised to do anything more than supply approximate figures, rather than scientifically valid ones to tenths of a degree.”

A study by Nicola Scafetta estimates that as much as half of the 0.8 degrees C warming in China since the 1940s could be the result of urbanisation rather than ‘climate change.’

Reports – promoted by the World Meteorological Organisation – that the Greenland ice sheet faces ‘enhanced melting’ due to unusually hot temperatures turn out to be fake news. In fact, the ice sheet’s summer melt is at normal levels, while temperatures over Greenland have been below average.

What does this tell us about the state of the global environmental movement?

Wolfe called the phenomenon ‘Radical chic’ – and the problem is just as pressing as it was when he named it in the 1970s: idiots with too much money and fame and too little sense prostrating themselves cravenly before the fashionable cause of the day regardless of whether that cause has any real merit.

Their decadence I can excuse. If I had that kind of money, I too would be flying off to Sicily at a moment’s notice to party with my Hollywood chums and my royal homies. (Well, at least I would have done in the days when Prince Harry was fun. I’m not sure we’re going to see that happening again until the day, if and when, he gets divorced…)

What is wholly unforgivable, though, is the hypocrisy.

Most of us, when we watched The Hunger Games and saw the debauched, freakish, selfish, spoilt, arrogant, out-of-touch grotesques who lived in the big city of Panem, realised that it was supposed to be a warning.

But Di Caprio, Katy Perry, George Clooney, Harry Styles, Chris Martin and the various other celebrities promoting this green appear to have mistaken it for an instruction manual.

One thought on “This is the AGE of the Enviro-Loons”