An expert in the region has warned that China could covertly invade Hong Kong by sending in PLA troops disguised as Hong Kong police.

The crisis reached its peak today as riot police and protesters engaged in violent clashes inside Hong Kong International Airport. 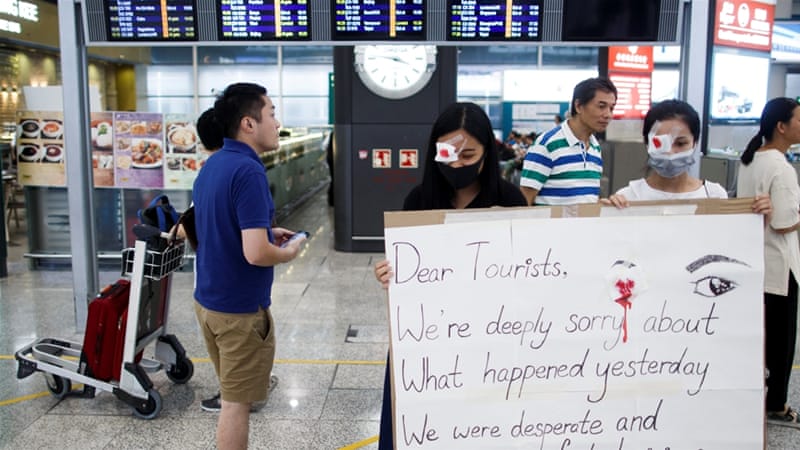 “I’m a Hong Konger, not Chinese,” said a student who joined protests at the city’s airport, “Of course, my blood is Chinese, but I can’t control that.” 75 per cent of people aged 18 to 29 in Hong Kong identity this way, a recent survey shows.

But Britain can’t defend HongKong & America will not go to war over it. Breaks my heart, but it is what it is.

Nasty. So far, the U.S. has done everything to remain neutral and to stay out of this conflict.

Mere hours after President Trump tweeted that US intelligence had confirmed the buildup of Chinese troops on the border with Hong Kong, US defense officials warned that Beijing had refused two US Navy ships permission to make port stops in Hong Kong in the coming weeks, a sign that President Xi is none too pleased with how the US has handled itself during the anti-extradition bill protests that have swept Hong Kong over the past ten weeks.