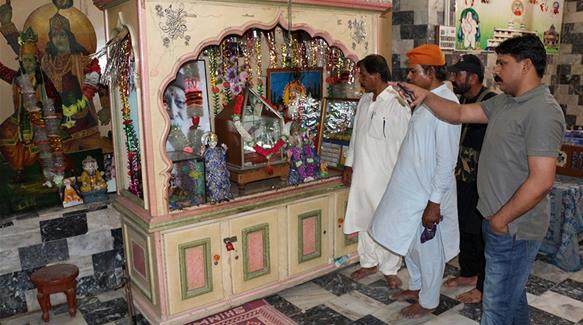 Karachi, Pakistan – Pakistani police have detained a Hindu school principal in the southern town of Ghotki, after he was accused of committing blasphemy by a student, prompting riots by far-right protesters, police officials and Hindu community leaders say.

“He is in protective custody and we are inquiring about what his role is [in the incident],” said Lanjar. “The student has also been questioned. The inquiry is under process.”

Blasphemy is a sensitive subject in Pakistan, where at least 75 people have been killed since 1990 in connection with allegations of the crime, according to an Al Jazeera tally.