France: Muslim who killed 4 was subject of counterterror report in 2015, wife told him “Only Allah will judge you”

Clearly Michael Harpon’s wife knew that he was going to wage jihad. That’s why she was arrested.

Harpon converted to his wife’s religion in 2018…

The police declared him “deranged” after he dispatched four of them.

They previously ruled out the possibility of terrorism, but reality caught up with them. 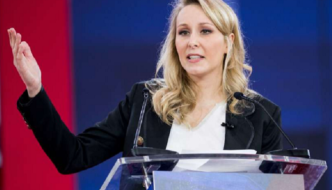 France: Renewed populist call to fight “becoming a minority on the land of our ancestors”

Who needs churches when you got Islam already?

The European Court of Human Rights ordered the demolition of a Serbian Orthodox Church in Bosnia-Herzegovina, saying that its construction in 1998 was not properly authorized.

The European Court of Human Rights never ordered the demolition of a mosque that was not properly authorized. Strange, is it not? 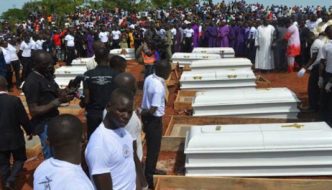 Nigeria: Catholics tell president “we are tired of burying our priests” as genocide of Christians continues

It was Shrillary in the service of Hussein Obama who  put the Mohammedan Muhammadu Buhari  in power.

Climate hoaxers and alarmists like  Communist Alexandria Ocasio-Cortez are working to destroy entire economies to enact a Marxist “utopia.” Greta is just another propaganda tool to bring this about. Vladimir Putin dismisses Greta Thunberg as a ‘poorly informed teenager’ and says: ‘Go tell developing countries why they should continue to live in poverty and not be like Sweden’

The 56-year-old said he was wrongfully sacked for refusing to call people who were born male ‘she’ even if they now identify as female.

As well as claiming religious discrimination, Dr Mackereth said no effort was made to accommodate his beliefs, such as referring transgender clients at Birmingham’s Five Ways assessment centre to another doctor.

One thought on ““Only Allah will judge you””