Germans are becoming a minority in major cities and it's showing. pic.twitter.com/C6bGZQhD6S

Inside the media’s relentless crusade to destroy President Trump

There remains the question of fairness toward the American people trying to follow an impeachment process shrouded in secrecy. Don’t they have the right to know what the president’s accusers say?

The lamestream media is extreme left and partisan.

“Serial killers get more Due Process than the Democrats give to the President of the United States.”-Donald J. Trump  @marklevinshow

The president regularly blasts the media for reporting “fake news” but when you see the evidence, it’s hard to argue with him.
*****

A week ago, House Republicans complained that Democrats imposed excessive secrecy on interviews conducted as part of the drive to impeach President Trump. Now, the situation appears to have gotten worse.

Friday’s interview of Marie Yovanovitch, the former U.S. ambassador to Ukraine, marked a new point — a low point, as Republicans see it — in Democratic efforts to keep impeachment information out of public view.

First-hand whistleblower sources are saying, AG Barr has a list of journalists working with Obama’s CIA & Shepard Smith was on top of that long list. That’s why Rupert fired his corrupt clown ass.
@Project_Veritas is also dropping the hammer on CNN with another whistleblower!

.
If communism is the best way to combat ” climate change, ” how is that China is not included in any global emission reduction treaty? Instead, it is free to pollute to its heart content until 2030!
.

EXTINCTION REBELLION: Imagine If These People Had Real Power?

Climate change has absolutely nothing to do with the ‘environment’ or “saving the planet”.

‘Shut the country down’: British climate group Extinction Rebellion heads to US | Science | The Guardian

“MUCH that passes as idealism is disguised
hatred or disguised love of power.”
– Bertrand Russell

“THE urge to save humanity is almost always a
false front for the urge to rule it.”
– H.L. Mencken

Professor Cox, you arrogant little wanker, are you listening?

Tony Jones fan club, care to prick up your ears? 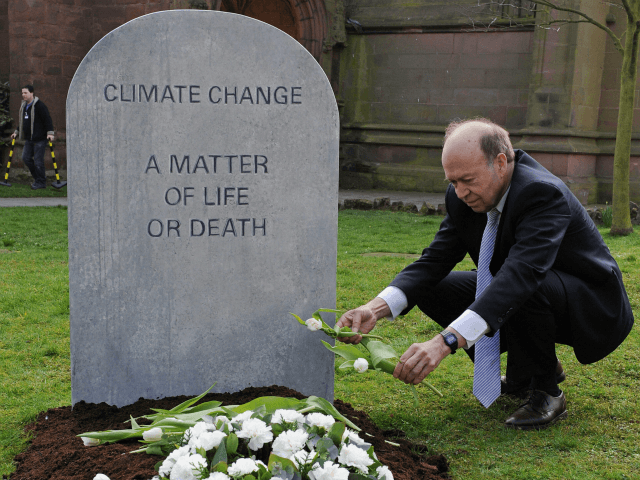 A German professor has confirmed what sceptics from Britain to the US have long suspected: that NASA’s Goddard Institute of Space Studies has largely invented “global warming” by tampering with the raw temperature data records.

Professor Dr. Friedrich Karl Ewert is a retired geologist and data computation expert. He has painstakingly examined and tabulated all NASA GISS’s temperature data series, taken from 1153 stations and going back to 1881. His conclusion: that if you look at the raw data, as opposed to NASA’s revisions, you’ll find that since 1940 the planet has been cooling, not warming.

According to Günter Ederer, the German journalist who has reported on Ewert’s findings:

From the publicly available data, Ewert made an unbelievable discovery: Between the years 2010 and 2012 the data measured since 1881 were altered so that they showed a significant warming, especially after 1950. […] A comparison of the data from 2010 with the data of 2012 shows that NASA-GISS had altered its own datasets so that especially after WWII a clear warming appears – although it never existed.

Apart from Australia, the planet has in fact been on a cooling trend:

But the activist scientists at NASA GISS – initially led by James Hansen (pictured above), later by Gavin Schmidt – wanted the records they are in charge of maintaining to show warming not cooling, so they began systematically adjusting the data for various spurious reasons using ten different methods.

The most commonly used ones were:

Ewert’s findings echo that of US meteorologists Joseph D’Aleo and Anthony Watts who examined 6,000 NASA weather stations and found a host of irregularities both with the way they were sited and how the raw data had been adjusted to reflect such influences as the Urban Heat Island effect.

Britain’s Paul Homewood is also on NASA GISS’s case. Here he shows the shocking extent of the adjustments they have made to a temperature record in Brazil which has been altered so that a cooling trend becomes a warming trend.