Because if Trump is reelected, he will really go after the corrupt DemRats & shake their corrupt house down. He must not let them get away!

Democrats Admit: Impeaching Trump is All About the Election pic.twitter.com/na6MkZmvJo

This is the most partisan impeachment in America’s history. The entire Obama regime was corrupt and criminal in their actions. When Trump did the impossible – and won the election – they put in place their insurance policy – to accuse and indict POTUS

IG report is absolutely damning indictment of Steele dossier. Steele collected gossip second- or third-hand from people who got it second- or third hand and dressed it up as intelligence in bid to bring down Trump. 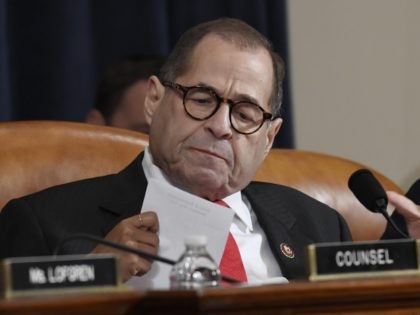 Nadler Fails to Swear in Witnesses

“You Are Committing Treason”

“We Voted For Donald Trump”

“Americans Are Sick Of Your Impeachment Scam.” Democrats attempt to make the upcoming 2020 election invalid before it even happens….

In other words:
There’s “NO WAY” Democrats have a candidate that can beat @realDonaldTrump at the polls.
#Cody45🐯 pic.twitter.com/RxFNR7wWkj

So Pelosi, Schiff & Nadler are impeaching the president for:

1. asking a foreign leader “for a favor”

2. holding out a WH meeting

Gee, under those standards, why aren’t all presidents impeached?!

Only adding to his disgrace is that almost immediately after the release of the report, this dirty cop took to the pages of the far-left Washington Post to falsely and arrogantly claim vindication.

What a monster. What a sick, twisted, narcissistic swamp monster this man is. The fact such a creature was allowed to lead the FBI is just another reminder that the entire System is corrupt and must, for the sake of democracy, be figuratively burned to the ground. Doug Collins: “At the end of the day, all of this is about — is about a clock and a calendar because (Democrats) can’t get over the fact Donald Trump is president of the United States and they don’t have a candidate that they think can beat him.” 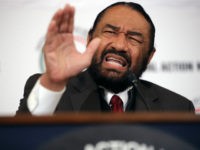 Impeachment Must Address the Original Sin of Slavery SWEDEN SHUTS DOWN ISLAMIC SCHOOL DUE TO RADICALISATION CONCERNS