Allah, ‘Sustain Me with Your Power’ 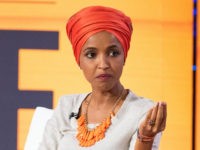 Massive fraud, taxing you for changing weather patterns, is the alibi to have civilised nations overrun by third world savages?

Nancy Pelosi Tells European Drunks She Has Equal Power To POTUS: “Trump NOT In Charge” You wish. Let’s hope #Trump is there to pull the plug.

The believer’s voice of victory. To hell with science!

CNN Guest: Christians ‘Lost the Gospel of Jesus,’ Which Led to Trump

CNN hates religion. Now they tell us the road to communism is via Jesus?

Europeans are more concerned about climate change than about jihad terrorism

This shows the power of propaganda to warp people’s perceptions of reality and get them all worked up about chimeras, all in the service of a massive expansion of state control. Anjem Choudary, Britain’s most notorious hate cleric, will be subjected to even tighter controls as a photograph emerged of him standing side-by-side with the London Bridge terrorist.

Fake news about a fake orgasm

Lisa Page wilfully participated in an extramarital relationship with a coworker who targeted & tried to undermine a duly elected President. Yet, she’s shamelessly playing the victim card now. She would be better off being quiet. This whore ain’t no victim. Fake news about a fake orgasm represents the reductio ad absurdum of the media in the Age of Trump.

The top line item in the Daily Beast and FOX News stories is Page’s complaint that President Trump humiliated her by faking an orgasm in her voice during his Minneapolis rally. The fake orgasm supposedly compelled her to speak out: “Honestly, his demeaning fake orgasm was really the straw that broke the camel’s back.”

The ABC’s global warming propaganda now comes close to organised lying. Here are three new and shocking examples of how the national broadcaster shamelessly tells falsehoods, without even the pretence of balance.

Small problem: his attack exposed his own invincible ignorance of the science.

Denial is what News Corp’s campaign against the facts and the experts on climate change amounts to.

And two days after Rupert spoke came another example, from Ian Plimer in The Australian, urging us not to “pollute minds with carbon fears”, telling us:

Hard to believe, isn’t it?

But as I pointed out on The Bolt Report the next day, it was Barry who was campaigning against the facts. Plimer was right. Global warming emissions are in fact invisible gasses, notably carbon dioxide – not carbon.

Media Watch is supposed to be about correcting bad journalism. Paul Barry as host has a particular duty to correct his own.

Instead, on last night’s show he played the most disgraceful trick to hide his clear error.

And a blistering attack on this op-ed in The Australian, which we had a swipe at last week… in which, geologist Ian Plimer assured readers:

The website Climate Feedback asked 10 climate scientists in Australia, Britain, the US and Germany to review the Plimer piece, and we reckon they scored it around one out of 10.

A majority of reviewers tagged the article as: Biased, Flawed reasoning, Inaccurate, Misleading.

Any casual viewer would assume from that these “10 climate scientists” had agreed that Plimer was inaccurate in saying that there were no “carbon emissions” and most carbon was black. That viewer would assume that Barry had been right to attack those claims last week.

That casual viewer would have been hoodwinked.

In fact, nowhere on that Climate Feedback site do any of the scientists say Plimer’s comment was false. One sneers at it as “laughable”, but not one contradicts it. Because they cannot.

In Barry’s piece last night, he quotes these warmists abusing Plimer without citing a single thing he’s even alleged to have got wrong. It is a classic example of using a mob to howl down a dissenter without going to even the slightest effort to disprove.

This is anti-science. This is bullying. This is the tactic of demagogues, not men of reason.

On the Climate Feedback site itself, for all the abuse, only four specific examples are given of Plimer’s alleged errors. But two are themselves errors, and another is just a differing opinion.

The author makes incorrect claims about climate models failing…, that climate change cannot be driven by a trace gas…, that carbon dioxide concentrations were higher at the beginning of the last ice age (they weren’t)… The data show a strong correlation since 1959, with temperatures being higher when cumulative human emissions are higher.

Plimer is right. Climate models are failing. They consistently predict more warming that we actually get, as Professor Ross McKitrick has recently pointed out yet again:

The big issue is not whether warming has “paused” or not, it’s how it compares to model projections. RCP4.5 is considered a medium, plausible projection. But it’s already pulling away from the observations.

Plimer’s argument is that trace gases do not drive climate change – and merely asserting he’s wrong is not to disprove him. Indeed, one of the scientists criticising Plimer even concedes that when it comes to seeing both rising temperatures and rising concentratations of carbon dioxide that “correlation doesn’t prove that one causes the other“.

Note, by the way that each ice age ends when temperatures rise first – THEN followed by rising emissions, which suggest that rising temperatures cause rising carbon dioxide concentrations, not the other way around – or not initially. As NASA puts it:

Levels of carbon dioxide in the atmosphere have corresponded closely with temperature over the past 800,000 years. Although the temperature changes were touched off by variations in Earth’s orbit, the increased global temperatures released CO2 into the atmosphere, which in turn warmed the Earth.

The last objection to Plimer may be true – there is a correlation between recent temperatures and carbon dioxide concentrations. But Plimer’s real point is that he doubts the concentrations caused the warming, and, to repeat, one of his critics admits: “Correlation doesn’t prove that one causes the other.”

So Paul Barry trashed Plimer without giving a single example of what he said that was false. Barry cited a website which itself makes more mistakes than it uncovers in Plimer’s piece.

Worse, Barry falsely implies that Plimer was wrong about “carbon emissions”, when it was Barry himself who made the howler.

But the ABC audience, never hearing an alternative view on “their” ABC, will nod and say: yep, that Plimer was wrong.

Paul Barry’s misleading piece last night was followed by more of the same falsehoods on Q&A, which had a special edition from Suva on how global warming was supposedly threatening our Pacific neighbours.

The very first question prompted a response pushing one of the ABC’s most popular and most often debunked falsehoods – that Pacific islands are being drowned by rising oceans. Even the ABC’s factcheckers once had to admit this was wrong. That’s how wrong it is.

But on Q&A last night, we heard false claims like this from the Prime Minister of Tuvalu that were never challenged by host Tony Jones, a dedicated warmist, or anyone else on the panel:

If the world didn’t reduce emissions … we will face the situation where island countries like Tuvalu, Kiribati, Marshall Islands and others by submerge into the sea by 2060.

In fact, the science says that isn’t happening at all. Sea level expert Virginie Duvat of the University of La Rochelle says:

There is presently no evidence that these islands are going to sink.

No. Tuvalu’s total land area has grown by 73 hectares, or 2.9 per cent, over the past four decades. The main island of Kiribati, South Tarawa, has also grown in size. Key islands of the Marshall Islands have also grown – from 9.09 km2 to 9.46 km2 between World War Two and 2010.

None of this was mentioned in an hour of alarmist talk on Q&A last night. The key facts were omitted. Deliberately?

THREE: ALL IN THE MIND

It’s not surprising after all this fake news from the ABC about climate catastrophes that the ABC reports some psychologists “run grief workshops” to help people who are “traumatised by what they read about and see happening in the world around climate change [and] need some tools to try and calm their body and mind”.

But this report, by All In The Mind, actually gives ABC listeners even more reason to freak out, but airing – again unchallenged – yet more fake global warming claims and scares:

Lynne Malcolm: Hi, it’s All in the Mind on RN, I’m Lynne Malcolm, and today we face the anxiety and grief many people are feeling about the future of the planet.

Greta Thunberg: You have stolen my dreams and my childhood with your empty words…

Lynne Malcolm: Recently more than 11,000 scientists across the world have supported a new paper which declares a climate emergency.

On the show went:

Helen Berry: Heatwaves are called the silent killer in my world of epidemiology. Heatwaves kill far more people around the world every year than every other kind of natural disaster added together by far.

False. Cold is by far a bigger killer than heat. The Lancet medical journal reports:

Cold weather kills 20 times as many people as hot weather, according to an international study analyzing over 74 million deaths in 384 locations across 13 countries

the most obvious way in which we are all experiencing climate change now is in the increasing number and seriousness and frequency and duration of weather-related disasters, and I’m thinking at the moment of course of all the bushfires.

In fact, there is no known connection between these fires and global warming. What’s more, NASA records fewer fires:

The ABC sends out a tidal wave of fake news and false alarms and invented catastrophes day in, day out. It is shameful – and another sign that truth now is dead. Opinion is all.