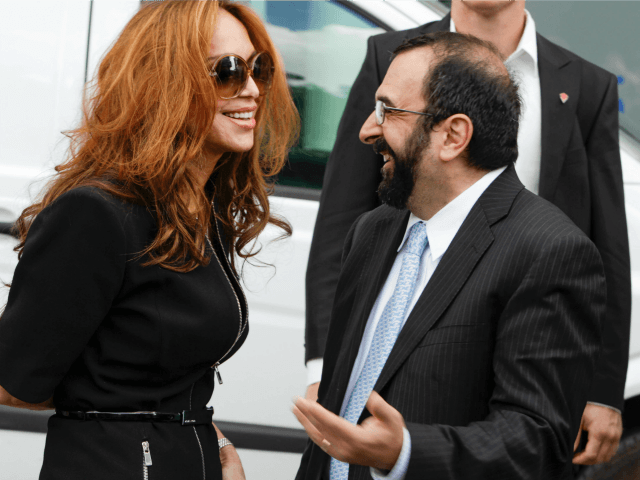 The think tank, whose international patrons have included the NeverTrump “conservative” Bill Kristol and Iraq war cheerleader Richard Perle, smeared Geller and Spencer in a new report, titled “Free to be Extreme.” According to a disclosure in the report, it was funded by Facebook.

The report calls for closer collaboration between the British government, which has passed draconian laws against “hate speech” in the past two decades, and social media companies.

The report is clear that its aim is to provide a framework for “restricting expression.”

It states: “restricting expression may be required to fulfil the aim of governments and institutions to balance toleration, protection, and freedom in liberal democratic societies.”

In addition to several Islamists, the report also identifies Pamela Geller and Robert Spencer, who are both critics of Islamism, as potential “extremists.” The report’s evidence for this includes Geller “displaying an offensive of Prophet Mohammed online” and Spencer’s argument  “that all schools of Islam teach warfare against non-Muslims, and that Islam is inherently violent.”

It seems that in the Henry Jackson Society’s opinion, flouting Islamic blasphemy laws about depicting Mohammed and criticizing Islamic doctrines about war could be enough to make you an “extremist.”

Because of this, the Henry Jackson Society sees fit to include Geller and Spencer on a list that includes Islamic preacher Zakir Naik, a man who has defended sex slavery, wife-beating, and Osama bin Laden.

In a comment to Breitbart News, Pamela Geller slammed the Henry Jackson Society for lumping them in with Islamic extremists.

“The British government has long attempted to create a threat from the ‘far-right’ that is, they claim, equivalent to the jihad threat,” said Geller.

“This is one reason why I got banned from the country — in the absence of any real “right-wing extremist” leaders, they had to create some, The Henry Jackson Society has been reputed to be a conservative group, but is clearly trying to secure a place in the British establishment by jumping on the bandwagon of pretending there is a ‘far-right extremist; threat.”

“Like virtually everyone in Britain, they have lost the plot.”

“The HJS is cutting its own throat,” said Spencer. “It has been defamed as far-right many times. Is it really so naive as to think that it could get the government to silence people smeared as ‘far-right’ and be sure that its own enemies won’t use this weapon against them?”

Speaking to the left-wing British blog The Independent, the author of the HJS report, Nikita Malik, complained that not enough “far-right groups” were proscribed in the UK.

“The lack of far-right groups subject to proscription in the UK, when compared to Islamist groups, has left the authorities reliant on hate crime legislation rather than specific terrorist offences which carry heftier sentences,” said Malik. “The government will need to keep this situation under review in a fast-moving online world, where offending causes real and significant harm.”

Malik suggested that government proscription of so-called “far-right” groups would help social media companies ban them from their platforms.

“Companies are unable to take down a lot of this content because they have a list from the government of proscribed groups and these groups are simply not on it,” said Malik.

Although the Henry Jackson Society is now suggesting others are “far-right” and “Islamophobic,” the neoconservative think tank has long faced allegations from the left of the same. A 2015 article from the Soros-funded left-wing advocacy group OpenDemocracy accuses the HJS of being linked to “organised Islamophobia promotion.”

More recently, a Muslim group called the Islamic Human Rights Commission described the HJS as “inveterate Islamophobes.” Another article from a left-wing journalist accuses HJS of “mainstreaming the far right.”

The Henry Jackson Society has yet to respond to Breitbart News’ request for comment.

Are you an insider at Google, Facebook, Twitter or any other tech company who wants to confidentially reveal wrongdoing or political bias at your company? Reach out to Allum Bokhari at his secure email address allumbokhari@protonmail.com.

Allum Bokhari is the senior technology