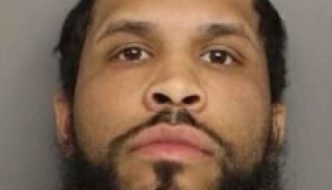 “Despite his fugitive status and role as a leader for Al Qaeda, Al-Nouri was admitted to the United States in 2008 as a refugee.” Of course. Because no one involved had the first foggiest idea what al-Qaeda was all about, and wouldn’t have cared if he or she did, because that would have been “Islamophobic.”

“How Did an Al Qaeda Leader in Iraq Become an American Citizen Living in Phoenix?,” by Katie Pavlich, Town Hall, February 14, 2020 (thanks to The Religion of Peace):

In January the FBI arrested Ali Yousif Ahmed Al-Nouri in Phoenix, Arizona after a warrant was issued for his arrest. Al-Nouri was an Al Qaeda leader in Iraq and was on the run for the murder of Iraqi police officers in Al-Fallujah.

“According to the information provided by the Government of Iraq in support of its extradition request, Ahmed served as the leader of a group of Al-Qaeda terrorists in Al-Fallujah, Iraq, which planned operations targeting Iraqi police.  Ahmed and other members of the Al-Qaeda group allegedly shot and killed a first lieutenant in the Fallujah Police Directorate and a police officer in the Fallujah Police Directorate, on or about June 1, 2006, and October 3, 2006, respectively,” the Department of Justice released in a statement.

Despite his fugitive status and role as a leader for Al Qaeda, Al-Nouri was admitted to the United States in 2008 as a refugee. He then went on to become an American citizen. Republican Senators Chuck Grassley and Joni Ernst want to know why.

The Senators also want to know when Al-Nouri came to the attention of the FBI, considering he lived in the United States for more than a decade….