What could go wrong? Mosques train Catholic Bishops all the time, don’t they?

LEUVEN, Belgium, February 7, 2020 (LifeSiteNews) – Two prestigious Catholic universities will offer programs for the first time in Belgium to help train imams who serve as prayer leaders and preachers in mosques.

In Belgium, certain ministers of religion are paid by the government. Following the new programs supported by two Catholic universities, this also will be possible for imams, as the courses will be recognized by the state. 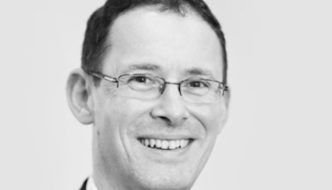 “He was attracted to Tommy Robinson’s interpretation of Islam as a violent religion you may think his explanation of the book shows both that he had read it and was excited by it.”

Yes, of course. Mohiussunnath Chowdhury was a peaceful exponent of the Religion of Peace, seeking refuge in its peaceful teachings and spreading peace everywhere, until he came across the teachings of the imam Tommy Robinson, who convinced him to twist and hijack his religion’s peaceful teachings, and to misunderstand and misinterpret those teachings as somehow, crazy as it sounds, exhorting to violence. If it weren’t for the imam Tommy, Mohiusunnath Chowdhury would be a florist today. Right? 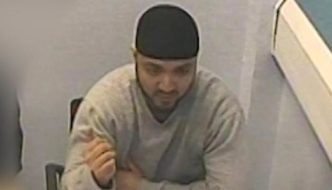 The Independent is, of course, a Moslem propaganda rag since it is owned by an Arab Moslem.

Lizzie Dearden of the Independent details here how jihad terrorist Mohiusunnath Chowdhury, whose hate and bloodlust we have covered a great deal here at Jihad Watch, says he learned from Tommy Robinson, David Wood and me. In this, Dearden echoes Chowdhury’s prosecutor, Duncan Atkinson, whose claim that Chowdhury was inspired by Robinson we reported yesterday. It’s a bit eye-popping to see us falsely accused of inciting violence by a Muslim, when usually we’re falsely accused of inciting violence against Muslims. Apparently the establishment media has simply decided that we’re awful people — “far-right,” of course, for the crime of opposing jihad violence and Sharia oppression of women — and “journalists” such as Dearden don’t care how much they have to tie themselves into logical knots to establish this.

Dearden does mention in a single paragraph that Chowdhury was inspired by Anwar al-Awlaki and Sheikh Faisal, but gives over her headline and 21 paragraphs to trying to convince her readers that Robinson, Wood and I inspired Chowdhury. Her assumption is that Islam is a Religion of Peace, which Robinson, Wood and I are misinterpreting and thereby validating the jihadist interpretation — as if Chowdhury would have been a peaceful, loyal, productive British citizen if he hadn’t run afoul of our writings telling him the Qur’an taught violence.

If that were so, why were no Muslim clerics, with whom Chowdhury was manifestly in contact, unable to convince him of the true, peaceful Islam? Why was there jihad violence for 1,400 years before Tommy, David, or I wrote or said anything? If we validated the jihadist interpretation of Islam, where did it come from, and why did it have so much resonance among Muslims before we came along?

Dearden also calls Jihad Watch a “conspiracy blog” that “claims Muslims are trying to ‘destroy western societies and impose Islamic law’, and seeks to prove that violent jihad is mandated by the Quran.”

Well, some Muslims are certainly trying to destroy Western societies and impose Islamic law. Lizzie Dearden should know that, since Mohiusunnath Chowdhury is one of them. Can we document one “conspiracy theory” we spread here? Can she show how we have misrepresented, misquoted, or misinterpreted the Qur’an? Of course not, and she doesn’t even try. She is, after all, an establishment media “journalist.” 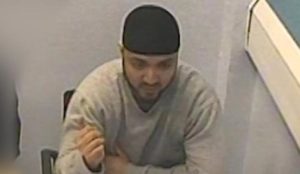 A jihadi who planned new terror attacks after slashing police officers with a sword outside Buckingham Place had a signed copy of a book by Tommy Robinson, it can be revealed.

Mohiussunnath Chowdhury took the “collectors’ edition” of Mohammed’s Koran – Why Muslims Kill for Islam to his local mosque in Luton and showed it to men he believed to be fellow jihadis.

“I got a new book – it’s the Quran decoded,” he wrote on the Telegram encrypted messaging app.

“The Quran is encrypted, and if you read it in chronological order you will find that the majority of the peaceful verses have been cancelled out by the later verses commanding violence.”

The book, co-authored by Robinson and Peter McLoughlin, was one of a host of far-right sources that Chowdhury used alongside Islamist propaganda to justify his plans.

Chowdhury had been acquitted of terror offences over the 2017 Buckingham Palacesword attack and freed from prison.

Prosecutors said that, within months, he was preparing to commit terror attacks on potential targets including a gay pride parade, Madame Tussauds and a London tourist bus.

Unaware that his home and car had been bugged, and that his new-found jihadi friends were undercover police officers, Chowdhury started training with a practice sword and knife, enrolling on a shooting training course and trying to get hold of a gun.

His sister, Sneha Chowdhury, told police her brother bought the “signed collectors’ edition” of Robinson’s book online for £39.95 but did not explain why.

When questioned on the purchase in court, Chowdhury claimed that the English Defence League (EDL) founder “understands jihadi doctrine”.

He told the jury that he started looking at anti-Islam sources after gorging on jihadi propaganda including Isis videos and speeches by al-Qaeda linked ideologue Anwar al-Awlaki.

“I learned enough about jihad,” Chowdhury said. “I felt like I should learn the other side of it, you know?”

He described “learning” from the Jihad Watch website, and called director Robert Spencer an “American scholar”, adding: “I thought it was very interesting.”

The conspiracy blog claims Muslims are trying to “destroy western societies and impose Islamic law”, and seeks to prove that violent jihad is mandated by the Quran.

Woolwich Crown Court heard that Chowdhury had read and screenshotted numerous articles, including a list of Quran verses about fighting.

He also relied on videos by a Christian preacher who claimed to “explain jihad” and vehicle attacks by presenting Islam as inherently violent.

Chowdhury described American David Wood as a “hardcore enemy of Allah” to undercover police but added: “He does a better job of explaining Islam than most speakers in the west.”

He repeatedly shared Mr Wood’s videos with the officers, instructing them to watch them and describing the passage on vehicle attacks as a “really good breakdown of options”.

In Telegram chats, Chowdhury claimed that despite mocking Islam, Mr Wood was “more truthful than the majority of Islamic speakers”.

He told the jury that he found the videos while “looking for the truth” of religious doctrine, adding: “Mr Wood uses the references and proves this is the truth about Islam … it’s taboo, it’s like forbidden knowledge.”

Chowdhury also used parts of a book by late Canadian Christian missionary Don Richardson that claimed that Islamic schools were “breeding grounds for potential terrorists” and that Muslim children were being “brainwashed”.

He identified the jihadi preacher Awlaki, who was killed in a 2011 drone strike in Yemen, as a key inspiration, as well as formerly UK-based extremist cleric Sheikh Faisal.

Chowdhury posted Instagram pictures from Isis’s Dabiq propaganda magazine and watched some of the group’s gory videos, including those showing executions and gay men being thrown from buildings.

He admitted in court that he had not always been a practising Muslim and felt that if he had died in the 2017 Buckingham Palace attack “I would be cleared of my guilty conscience, I would be sinless”.

The trial heard that he pushed away Muslim friends he had grown up with because of his increasingly extreme beliefs, and argued with those who challenged him.

“I am removing them one by one from myself if they do not accept Islam’s teaching about kuffar [disbelivers] and if they refuse to choose sides,” he told undercover police officers in an online chat. “No fence-sitting anymore, all our relationships must be for sake of Allah.”…