Every nation has the inalienable right to protect its borders. 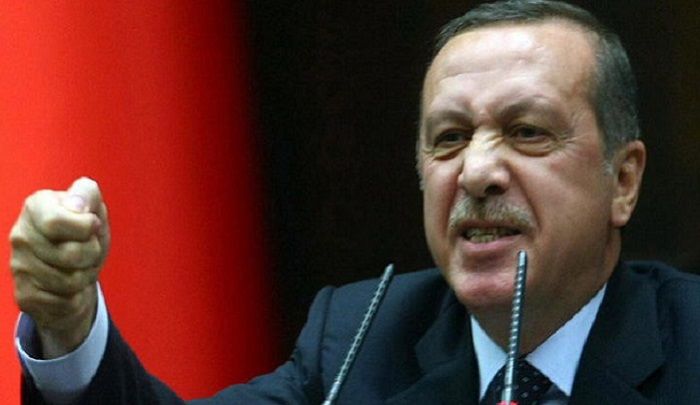 Erdogan: “The number of refugees heading toward Europe will soon be in the millions”

President Recep Tayyip Erdogan said Turkey had no intention of stopping migrant flows to the European Union warning that “millions” of people would soon head toward Europe.

“After we opened the doors, there were multiple calls saying ‘close the doors’,” Erdogan said in Ankara Monday according to reports.

“I told them ‘it’s done. It’s finished. The doors are now open. Now, you will have to take your share of the burden’,” he said.

“Since we have opened the borders, the number of refugees heading toward Europe has reached hundreds of thousands. This number will soon be in the millions,” he said….

Hungary will protect its borders “under all circumstances“

Once your country is overrun & occupied by Mohammedans the legalities change.

Turkey protest against the Greece decision to deport Muslims back to their countries…..

Greece will transfer migrants who arrived on its territory illegally after March 1 to the northern city of Serres and plans to deport back to their own countries, Greek Migration Minister Notis Mitarachi said late on Wednesday.

Greece’s conservative government has announced that it will be deporting any illegal migrants who arrived on its territory after March 1st back to their home countries.

Greek migration minister: All migrants who arrived after March 1st will be deported

Turkish regime deploys 1,000 special forces to Greek border to stop migrants from going back to Turkey

Greece 2020 Tourism to Take a Hit from COVID-19&Refugees

.
Illegal immigrants trying to enter Greece are waving Turkish flags. Many of them are soldiers of Erdogan and want a neo-Ottoman Empire that is not coming back. #IStandWithGreece – do you?

2 thoughts on “Hungary will protect its borders “under all circumstances“”