the most important thing in the world right now is that China not be seen as the source of the coronavirus outbreak. That supersedes your health, the health of your friends and family, your finances, everything. Priorities, people, priorities.

And don’t mention how they’ve lied their asses off about it and blamed the U.S. military for it, and are engaged in a massive cover-up, with the voluntary help of the delinquent Western media. 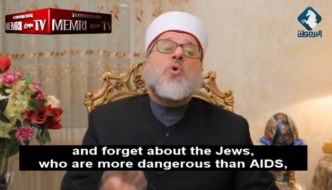 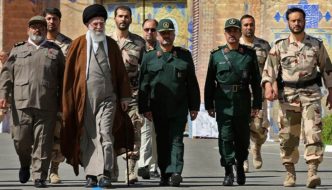 Iran scaling back jihad activity because of coronavirus, but US military fears it could become even more dangerous 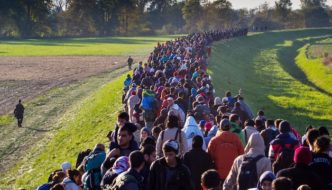 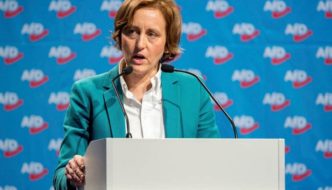 Germany: AfD leader demands Turkey be thrown out of NATO for “migrant aggression”

The AfD is right, of course. But nothing will come of it because the Merkel regime is determined to pay the jiziya to Erdogan, with willing submission while feeling utterly subdued. 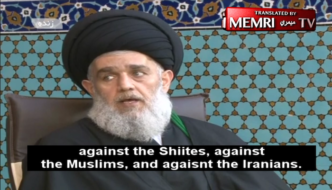 Iran: Islamic scholar says coronavirus is man-made weapon “against the Shi’ites, the Muslims, and the Iranians”

The good scholar sounds pretty confused, but most of them don’t have their faculties intact. Nothing out of the ordinary.

That’ seems to be the only constant these days.

Nigel Farage: The virus is yet another reason for the west to rethink its relationship with China | Opinion

Chinese Tycoon Who Criticized Xi’s Response to Coronavirus Has Vanished

That’s the kind of regime western leftoids & their screeching media tards want. That’s their ABC,CNN, MSNBC, NPR… all of them.

Anyone remember the Obama pandemic?

The Wuhan virus pandemic has demonstrated yet again the overwhelming superiority of free society over the totalitarian. As the Soviets did with Chernobyl, the Beijing communist superpower suppressed the truth, lied , trampled over people’s rights and punished those who told the truth that the virus, prevalent in wild animals, was now being transmitted between humans.

The world is indeed fortunate that the dominant superpower is both democratic and, while obviously not perfect, unusually high-minded, virtuous and benevolent. This is demonstrated by the fact that at the end of the second world war the US did not, as victors usually do, strip the defeated of their wealth and territory. Instead, she endowed them with such generous funding they were soon very rich.

So with that tradition of doing good, how did the leader of the West react to the pandemic? Fortunately the founders made it possible (but did not guarantee) that a first-rate leader could always emerge from outside the swamp, protected from the sort of deceitful coup that brought down Tony Abbott and Margaret Thatcher.

At the same time a president must live with even gross abuse of the constitutional guarantee of the press as the price which must be paid to preserve that part of the media which remains both free and responsible.

At the very time when the Wuhan virus was emerging, Donald Trump was being impeached without a skerrick of evidence and with an investigation resembling a Moscow show trial. This was done with the disgraceful connivance of not only the American mainstream media but of much of the free world’s including, lamentably, Australia’s.

Yet, despite this distraction, the president was already working on the world’s most important response to the virus which he clearly feared would become a pandemic.

That response, revealed in stages, will undoubtedly prove to be the model par excellence for dealing with future pandemics. In all this, President Trump was never, as the Australian’s editor-at-large Paul Kelly has been alleging in a series of opinion pieces, ‘missing in action’. Neither has he been ‘starkly revealed’ to have been a ‘failure in global leadership’, nor will he ‘overwhelm’ or compromise Canberra’s response.

Endowed with the common sense which is so often absent among denizens of the swamp, the president immediately realised that fast international travel would almost certainly deliver the virus speedily and in growing numbers into the very heart of the American homeland. Despite rubbishing and claims of racism, he acted, introducing unprecedented restrictions on travel from the source of the virus. As evidence mounted as to the flaws in the Schengen arrangements permitting the virus to move freely around the EU, he imposed further restrictions.

These restrictions are now being adopted, supported or copied by the very people who rushed to denounce them. They were included in a plagiarised version of the Trump plan, posted brazenly on Democratic presidential candidate Joe Biden’s teleprompter in the hope that he might still have the capacity to read this as Democrat policy and that the public would not notice the blatant theft.

The Trump plan is a unique ground-breaking public-private partnership involving innovative drive-through testing in shopping centre car parks, clearing regulatory obstacles from the Obama period to tests as such, developing through Google an online process to determine whether testing is needed, releasing up to $50B in federal aid, urging the states to set up emergency operation centres and the hospitals to activate emergency preparedness plans, helping small businesses, building up massive crude oil reserves (are you listening Mr Morrison?), forgiving interest on student’s loans and discouraging purely social activities.

The plan was unveiled at a media conference where both president and vice president were surrounded by leading administration health executives as well as an array of business leaders from Google, Target, Walmart, CVS, Roche and other leading corporations, all of whom spoke and were available to answer journalists’ questions.

Many questions to the president were predictably hostile and too often made with an infantile impudence, as was also much of the reaction of the Australian media.

One Sydney TV breakfast panel even concentrated their attack on the president because he shook hands with one or more businessmen. The president acted powerfully, constitutionally and with refreshing innovation. It was a tour de force, undertaken when the death toll was 40 and that mainly in one Washington state nursing home.

For this he is still attacked in the media, declared a racist and described as if he were no more than a bungling buffoon with the constantly repeated untruth that funding for the CDC (Centre for Disease Control) had been reduced under his administration. (It had been increased.)

Compare all that with the same mainstream media’s reporting of the 2009-2010 swine fever pandemic during the first year of Barack Hussein Obama’s presidency.

Like Trump, Obama declared a national emergency— but not after forty deaths as President Trump did. President Obama waited until the death toll reached 1,000. Yet, the same media praised him and constantly played down the pandemic, notwithstanding that in a ten-month period 60 million Americans were infected, 300,000 hospitalised and 8,000 died.No travel restrictions were imposed and all the usual major events went ahead as if nothing were happening. No doubt the dutiful Australian mainstream media followed the American in effusively praising Obama and downplaying the pandemic.

Significantly, there was no panic.

Why? The media, so rightly declared the fake news, under-reported the pandemic while praising Obama.

The reason for the panic displayed in Australia in the current pandemic can be easily sheeted home – it has been engineered and delivered by the delinquent mainstream media in both countries.

Want to tag yourself? One thought on ““The Jews are more dangerous than AIDS””