German State TV ‘Celebrates’ Coronavirus For Killing Off Humans in developed nations who are responsible for climate change.

A “satire” piece for German state television celebrates the spread of coronavirus because it is killing people in developed nations who are responsible for climate change.

The presenter of the piece asserts that the planet is “practically healing itself” and that the virus is “fair” because “old people are piling up while the young survive effortlessly.”

The fact that people with cardiovascular disease are also dying in greater numbers is also somehow a good thing because a lot of Americans have it and America is bad for encouraging financial growth.

The piece also lauds the collapse of global air traffic and the reduction of air pollution in China, claiming this will lead to a “green paradise” and that there are “too many of us” anyway.

“So the coronavirus is probably just a beautiful and sensible reflex of nature that shows humans who is actually in charge,” states the presenter before adding,“Corona is here, because we don’t deserve better.” 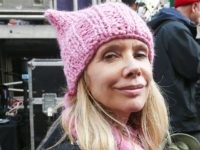 Could this be true?

It appears that George Soros owns the pharmaceutical/Biotech company in Wuhan where the Coronavirus broke out!
Address: 666 Goaxin Road It is undeniable that hysteria, exaggeration and alarmism rule the coronavirus debate. This is the health version of global warming. I suppose if you accept what a 16-year-old says about the world’s temperatures as biblical truth, then fighting for toilet rolls is the intellectual equivalent.

The reality is, as I write, there have been five deaths in Australia.

The most recent death was a 77-year-old woman on a flight from the Sunshine Coast to Sydney on March 13; then a 90-year-old nursing home resident; and before that, three people aged 95, 82 and 78.

A few other statistics may steady us up.

Every year, more than 43,000 Australians die from heart disease. That is one of us every 12 minutes.

Any death diminishes us all but this virus has occasioned five deaths in Australia.

Yet we carry on as if a massive meteor is about to collide with Earth.

Jeremy Faust is an emergency medicine physician at Brigham and Women’s Hospital in Boston. He is also an instructor at the Harvard Medical School.

Dr Faust has made observations which are consistent with what people are saying in Struggle Street. That is, we can’t seem to confront anything today without exaggeration and hysteria.

We seem to love alarmism.

But the total number of deaths from China, Italy, Iran, South Korea and Spain is 6099, in five countries.

And we are in a state of ­expensive panic.

Dr Faust argues there are compelling reasons to conclude that this virus is not as deadly as is currently feared.

Yet, you can’t find hand sanitiser in stores.

Face masks are being sold for exorbitant prices even though that will offer no protection from the virus.

And the public is behaving as if this is the next Spanish flu, a 1918 pandemic which killed tens of ­millions of people.

The medical world use an acronym, CFR — case fatality rate.

Dr Faust argues that the true CFR of this virus is likely to be far lower than current reports suggest.

He says that even some lower estimates, such as the 1 per cent death rate recently mentioned by the ­directors of the National Institutes of Health and the Centres for Disease Control and Prevention, could be overstating the case.

He argues, correctly, that in previous pandemics, figures were ­exaggerated. For example, in the 2019 H1N1 pandemic, early estimates were 10 times greater than the eventual CFR of 1.28 per cent.

In the early days of the crisis in Wuhan, China, the case fatality rate was more than 4 per cent but, as the virus spread to other parts of Hubei, the number fell to 2 per cent. As it spread through China, the CFR dropped to 0.2 per cent.

So, as testing has begun, more realistic numbers are starting to surface.

As Faust argues, while the numbers coming out of China originally were scary, we don’t know how many of those patients were already ill for other reasons.

Between 20,000-25,000 people die every day in China. How many were already hospitalised for another life-threatening illness and then caught the virus?

But in China, 9 million people die every year, or about 1.5 million Chinese over the past two months.

As Faust argues, a significant fraction of those deaths resulted from diseases like emphysema, lower respiratory ­infections and cancers of the lung and airways, whose symptoms are clinically indistinguishable from the non-specific symptoms seen in severe coronavirus cases.

Not surprisingly, the death rate from coronavirus, COVID-19, in China, spiked precisely among the same age groups in which these chronic diseases first become common.

It is now clear, as Dr Faust points out, that most deaths in Hubei Province, where this all began, are in an area where lung cancer and ­emphysema are significantly higher than the national averages in China — a country where half of all men smoke.

How are doctors supposed to sort out which of those who died, out of 25,000 who die every day in China, died from coronavirus?

This is where the cruise ship, the Diamond Princess, comes into focus.

As he argues, of the 3711 people on board, at least 705 tested positive for the virus, which, as he points out, ­considering the confines and the ­conditions, and how contagious the virus appears to be, is surprisingly low.

And on the Diamond Princess, only six deaths occurred, a case fatality rate of 0.85 per cent.

These are called excess fatalities — that is, they would not have occurred but for the virus.

But the most important insight is that all six fatalities occurred ­in patients who were more than 70 years old.

Not a single Diamond Princess ­patient, under 70, has died.

Yet, these patients on the Diamond Princess were in a confined area, exposed repeatedly to concentrated viral loads, which can cause a worsening of the illness.

But only six died. And, because some treatments were delayed, the low CFR found in the Diamond Princess could have been even lower under proper protocols, or, if treatment had been provided earlier.

Faust argues that passengers on a cruise ship can be assumed to be healthy enough to travel, so they ­actually tend to reflect the general population. And, as he points out, many patients with chronic illnesses go on cruises.

They are also older people.

These figures suggest — which is not convenient in the current hysteria — that this coronavirus is a relatively benign disease for most young people, but a potentially devastating one for the older and chronically ill.

Albeit, not nearly as dangerous as ­reported.

As Faust points out, the mortality rate is zero for children 10 or younger, and 0.2 per cent to 0.4 per cent in most healthy, non-geriatric adults.

That surely leads to the argument that we need to stop worrying about the virus spreading among healthy people and commit most, if not all our resources, to protecting those truly at risk of developing critical illness and even death — everyone over 70, and ­people who are already at higher risk from this kind of virus.

This leads to a few important conclusions.

Focus on nursing homes, not schools and universities.

On hospitals, not planes and football stadiums.

As Faust argues, healthy people who are hoarding food, masks and hand sanitisers may feel like they are doing the right thing but all good intentions aside, these actions probably represent misdirected anxieties.

He argues that when such efforts are not directly in the service of protecting the right people, not only do they miss the point of everything we have learnt so far, they may actually unwittingly be squandering what have suddenly become precious and limited resources.

Refreshingly, Dr Faust confirms what Prime Minister Scott Morrison has been arguing since the ­beginning, including on Sunday when he said: “The truth is that while many people will contract this virus, it is clear that, just as people get the flu each year, and this is a more ­severe condition than the flu, but for the vast majority, around eight in 10 is our advice, it will be a mild illness and it will pass.

“However, for older Australians, and those who are more vulnerable, particularly those in remote communities and those with pre-existing health conditions, it is a far more ­serious virus and that is our concern.

“Our aim in all of this is to ­protect the most vulnerable, the most at-risk.”

Surely it’s time to abandon the hysteria, the alarmism and the ­exaggeration.

The economic consequence of this alarmism is becoming too much to bear.