The image does not take issue with the group’s ideology or ethos, but is the pictorialization of what many media outlets reported in April, which is that members of Tablighi Jamaat contributed to the initial spread of the coronavirus in India. Not only was this reported in the Washington Post, BBC, Al-Jazeera, but the Hindustan Times quoted India’s Chief Minister Shivraj Singh Chouhan as saying that the group “did not act responsibly.”

Chouhan said that the Jamaatis, as they are known went to a religious gathering in New Delhi before spreading out around the country. This contributed greatly to the spread of the virus in that nation. None of those outlets have had their accounts suspended for reporting on these coronavirus super spreaders (as the Washington Post called them); and all Tawhidi did was shared a cartoon.

At issue is the group’s connection to extremism and terrorism, which the meme clearly indicates exists. Just last month, the Times of India reported that Tablighi Jamaat has a long-standing relationship with Harkat-ul-Mujahideen, a Pakistani-based terrorist group that were known to have hijacked Indian Airlines Flight 814 in 1999. The founders of that group were part of Tablighi Jamaat.

Members of Tablighi Jamaat had offered refuge to some of those al-Qaeda detainees who wound up at Guantanamo Bay, per WikiLeaks. This group was suspected in a 2002 train attack in India. An Indian intelligence official, B. Raman, noted that this group “gained adverse attention from time to time for association with jihadi and terrorist organizations such as the Harkat-ul-Mujahideen, the Karkat-ul-Jihad-al-Islami, the Lashkar-e-Taiba and the Jaish-e-Mohammad, which are members of the International Islamic Front For Jihad Against the Crusaders and the Jewish People formed by the late Osama bin Laden in 1998.” There has been a concern among intelligence officials that the group has been using their preaching activities as a front for their terrorist intentions.

Tawhidi is an imam who has had his own share of controversy. He has been heralded by Christian evangelicals and orthodox Jews alike for his hard stance on terrorism, extremism, and his intention to be a moderate Muslim reformer. Yet he has been accused by others of stirring up “sectarian tensions,” and being a “far right hero.”

Reaching out to The Post Millennial, Tawhidi wrote “Yesterday, Twitter locked my account over a meme I posted on April 2 which ridicules Tablighi Jamaat, an extremist Islamist organization in India that has ties to Al-Qaeda terrorists. Several members responsible for the 9/11 attack were actually provided accommodation by Tablighi Jamaat.”

Tawhidi went on to say that “Twitter wants me to delete the tweet upon request and complaint from [a traitor inside] the Indian government. I will not delete the tweet, or any tweet against any terrorist organization, which means my account will remain locked. I would appreciate it if you can bring attention to this matter. I appealed with the same information above, but Twitter is yet to respond. Someone should tell Jack that whoever is protecting these Jihadists should be fired.”

Here’s how sheik yer’mami was treated by the Twatter police: Facebook is no better. They have banned all pictures that are posted in relation to the sheik yer’mami blog. Can’t offend Mohammedans. They come & burn the joint down. Just like the Minnesota mob. 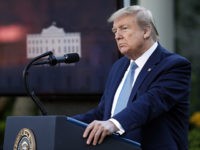 One thought on ““Imam of Peace” Gets The Twitter Boot”