Members of German Chancellor Angela Merkel’s party, the CDU, is backing the public broadcasting of Muslim prayers during the holy month of Ramadan.

It’s not a problem when they murder each other.

Afghan migrants have accused the Iranian forces, border guards, of throwing 57 people into a river which resulting in to the killing of at least 23 of them, it has been reported

Certain of the survivors of the incident have claimed that the Iranian border guards initially arrested the migrants from a bordering region and later threw them in to Harirod River.

This is not the first reports emerge regarding the alleged torture and killing of Afghan migrants by the Iranian border guards but numerous such incidents have been reported during the past several years.

Michigan Gov. Gretchen Whitmer slammed protesters who gathered inside the state’s Capitol building on Thursday to demand she rescind her stay-at-home orders, saying they represented the “worst racism and awful parts” of  U.S. history. Webster’s Dictionary of Liberal Logic defines Racist as: a person or group of people who win an argument with a DemRat. What’s racist about exercising your #1A & #2A rights? People are sick of your totalitarian tactics Governor!

The Swastika she mentioned, was drawn on a sign that referred to her governing tactics. As like ALL DemRats, she lies & makes up crap to smear her opponents. She has followers that will believe ANYTHING!

From one who was there:

You never hear from the anti-gun lobby when ‘Niggas’ shoot each other in Chicago. They only spring into action when whitey is involved. 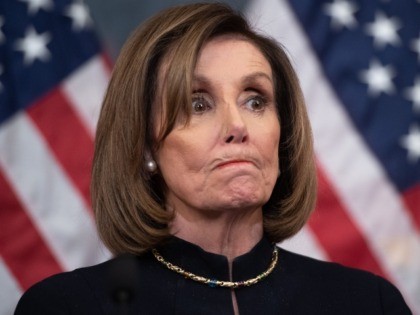 Rep. Guy Reschenthaler (R-PA) told Breitbart News this weekend that House Speaker Nancy Pelosi would rather investigate President Donald Trump again than focus on the actual origins of the Chinese coronavirus and U.S. tax dollars that went to the Wuhan Institute of Virology from which intelligence officials increasingly believe the virus leaked.

Nigel Farage has slammed the mainstream media for suggesting that the public no longer cares about mass migration or what he has to say about it in a video message.

The Brexit Party leader’s riposte was prompted, in particular, by an article by Sunday Times journalist Sarah Baxter titled ‘The old Nigel Farage immigrant song sounds way off-key’, in which she chastised him for his statements taking the government to task for failing to turn back the boatloads of illegal migrants crossing the English Channel from infectious French encampments.

AT about 5am this morning (April 6) an estimated 300 migrants climbed the fence between Melilla and Morocco trying to force their way into the Spanish….