Killing infidels during Ramadan is, for the believers, a holy and sacred act. A jihadi group explained it back in 2012:

The month of Ramadan is a month of holy war and death for Allah. It is a month for fighting the enemies of Allah and God’s messenger, the Jews and their American facilitators.

More on this below the fold. Now on to the jihad: Babies Among Those Killed as Islamists Storm Maternity Ward… 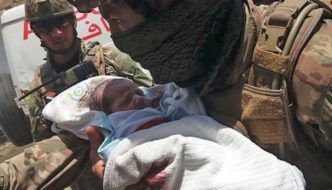 Ramadan in Afghanistan: Muslims murder two babies and 11 mothers and nurses in jihad attack on hospital 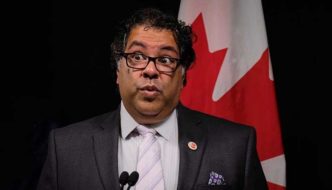 Mohammedans should not be in positions of authority. They should never be allowed to rule over infidels. 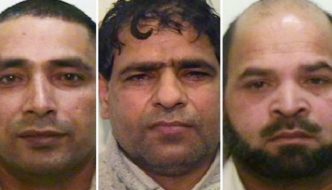 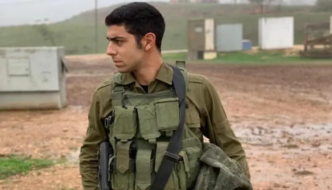 Beats me why he didn’t wear a helmet during this raid. 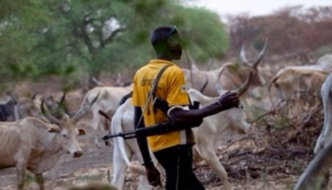 The Vatican’s Pontifical Council for Interreligious Dialogue on Friday informed its “dear Muslim brothers and sisters” that the month of Ramadan is “a time for spiritual healing and growth, of sharing with the poor, of strengthening bonds with relatives and friends,” as well as an opportunity for “your Christian friends” to “further strengthen our relationships with you.”
The message, which was published in Arabic, Italian, French, and English, added: “It is in this spirit that the Pontifical Council for Interreligious Dialogue offers its prayerful best wishes and hearty congratulations to you all.” And that’s wonderful, but just what was the Vatican congratulating?
.

Vatican officials are without any doubt unaware of the fact that because Ramadan is the month in which Muslims redouble their efforts to obey Allah, Ramadan is also quintessentially the month of jihad. Fighting and killing infidels is, after all, commanded in the Qur’an (cf. 2:191. 4:89, 9:5, 9:289, 47:4, etc.). A hadith has a Muslim asking Muhammad: “Instruct me as to such a deed as equals Jihad (in reward).” Muhammad replied, “I do not find such a deed.” (Bukhari 4.52.44)

Thus killing infidels during Ramadan is, for the killers, a holy and sacred act. A jihadi group explained it back in 2012:

The month of Ramadan is a month of holy war and death for Allah. It is a month for fighting the enemies of Allah and God’s messenger, the Jews and their American facilitators.

During Ramadan, Muslims are exhorted to renew and deepen their devotion to Allah. Hence it is a time when they are supposed to grow more generous and kind — toward their fellow Muslims. The Qur’an says: “Muhammad is the Messenger of Allah, and those who are with him are severe against disbelievers, and merciful among themselves” (48:29). If the Ramadan imperative is to become more devout, the Muslim who applies himself diligently to Ramadan observance will simultaneously become both more merciful to his fellow Muslims and more severe against the unbelievers.

Thus, in congratulating Muslims for Ramadan, the Vatican is celebrating an imperative to conquer and subjugate them.

This is no surprise. Again and again, throughout his papacy, Pope Francis has shown himself to be an enemy of the West and the Judeo-Christian tradition, and a friend of those who oppose and would destroy them. The Islamic Republic of Iran’s state-controlled Mehr News Agency reported in mid-April that after receiving an appeal from a senior member of the Academy of Sciences of Iran, Ayatollah Mostafa Mohaghegh Damad, Pope Francis has called for the relaxation of international sanctions against Iran.

Why was the pope siding with those who routinely chant “Death to America,” and who likely don’t look kindly upon the Catholic Church, either? It was just another indication that Pope Francis really does hate the West and the Christian tradition. Some time ago, he used the French epic The Song of Roland to issue yet another mea culpa to Muslims, saying: “A scene from The Song of Roland comes to me as a symbol, when the Christians defeat the Muslims and line them up in front of the baptismal font, with one holding a sword. And the Muslims had to choose between baptism or the sword. That is what we Christians did.”

The Song of Roland is actually a work of fiction, a French epic poem loosely based on the Battle of Roncevaux Pass between Muslim invaders and Christian defenders in the year 778. As The History of Jihad From Muhammad to ISIS shows, in the eleventh century, three hundred years after the battle, The Song of Roland appeared, describing the heroism of Charlemagne’s nephew Roland, who is leading the rear guard of Charlemagne’s forces and is caught up in the Muslim ambush. Roland is killed, but Charlemagne vanquishes the Muslims.

It is a story of heroism and courage, but to the Pope, it’s just “Islamophobia.” And that was no surprise. In September 2017, Pope Francis met in the Vatican with Dr. Muhammad bin Abdul Karim Al-Issa, the secretary-general of the Muslim World League (MWL), a group that has been linked to the financing of jihad terror. During the meeting, al-Issa thanked the pope for his “fair positions” on what he called the “false claims that link extremism and violence to Islam.”

Nor was that the first time a Muslim leader has thanked the pope for being so very useful. Ahmed al-Tayeb, the Grand Imam of Cairo’s al-Azhar University, thanked him for his “defense of Islam against the accusation of violence and terrorism.” The Associated Press reported that the pope “embraced the grand imam of Al-Azhar, the prestigious Sunni Muslim center of learning, reopening an important channel for Catholic-Muslim dialogue after a five-year lull and at a time of increased Islamic extremist attacks on Christians.”

Why had there been this “five-year lull”? Because “the Cairo-based Al-Azhar froze talks with the Vatican to protest comments by then-Pope Benedict XVI.” What did Benedict say? Andrea Gagliarducci of the Catholic News Agency explains that after a jihad terrorist murdered 23 Christians in a church in Alexandria 2011, Benedict decried “terrorism” and the “strategy of violence” against Christians, and called for the Christians of the Middle East to be protected.

So Pope Benedict condemned a jihad attack, one that al-Azhar also condemned, and yet al-Azhar suspended dialogue because of the pope’s condemnation. Then Pope Francis wrote to the Grand Imam of al-Azhar affirming his respect for Islam, and the Grand Imam warned him that criticizing Islam was a “red line” that he must not cross. That strongly suggests that the “dialogue” that Pope Francis has now reestablished will not be allowed to discuss the Muslim persecution of Christians that will escalate worldwide, especially since an incidence of that persecution led to the suspension of dialogue in the first place.

Francis, for his part, proclaimed that “authentic Islam and the proper understanding of the Koran reject every form of violence,” doing his bit to ensure that as many Christians as possible would remain ignorant and complacent about the jihad threat that his precious “dialogue” does nothing to mitigate.

And now he has sided with the Islamic Republic of Iran, one of the most ruthless regimes in the world. Pope Francis is nothing less than a disgrace to the Church, to Judeo-Christian civilization, and to the free world.

Robert Spencer is the director of Jihad Watch and a Shillman Fellow at the David Horowitz Freedom Center. He is author of 19 books, including the New York Times bestsellers The Politically Incorrect Guide to Islam (and the Crusades) and The Truth About Muhammad. His latest book is The Palestinian Delusion: The Catastrophic History of the Middle East Peace Process. Follow him on Twitter here. Like him on Facebook here.