As if the airlines didn’t have enough problems already.  In the end, only the elites will be able to fly, and us peasants will have to stay home under lock & key. 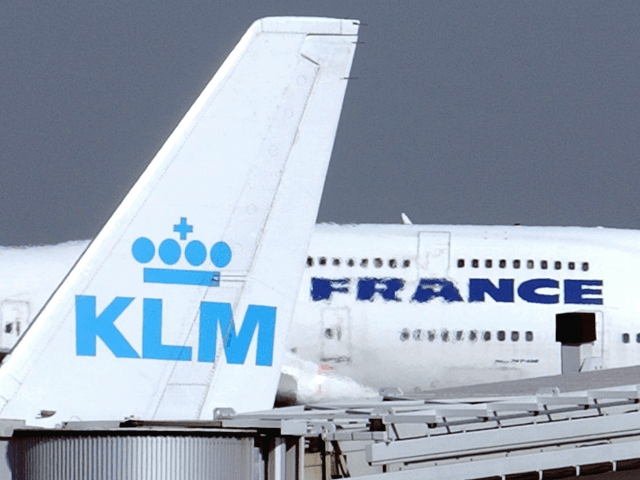 French Minister of the Economy Bruno Le Maire said the airline, which is struggling like many others due to the Wuhan coronavirus pandemic, would be eligible for a loan of up to €7 billion (£6.1bn/$7.55bn) only if it became the greenest airline in the world.

The French government has demanded that its national airline Air France embrace Green ideology and cancel all domestic flights to receive a government bailout.

Because the degenerates who follow the ‘Open Society’ doctrine are plotting genocide against the white race. The ‘browning’ of Australia is policy, but you’re not supposed to know that.
.
| Sky News Australia
.
Sky News host Peta Credlin says now is the best time for the government to come clean on the “ponzi scheme that is the use of our ever-increasing migrant intakes” to make the budget forecasts seem stronger. 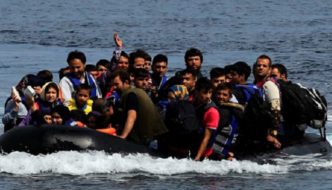 Nigel Farage is now experiencing the same kind of police harassment that Tommy Robinson has experienced for years.

Maybe now, he’ll have a little more empathy for Tommy… 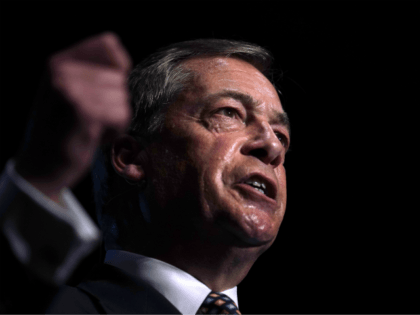 The “scandal” continues during the coronavirus lockdown. Last week, 91 migrants crossed the English Channel in a single day, originating from Iraq, Syria, Kuwait, and Iran.

Before the coronavirus pandemic, the dangers were potential crime and jihad attacks by unvetted migrants. Now as an add-on comes the danger of “bringing more cases of Chinese coronavirus into the country,” all under the cover of darkness, as British officials do nothing.

So far, 550 people have reportedly entered the country since the lockdown began, and they’re all still in the UK.

Brexit Party leader Nigel Farage has warned that the illegal boat migrant “scandal” is “bigger than anyone realises”, claiming many migrants arriving in the south-east of England under cover of the night are never accounted for.

The Brexiteer politician has been warning in recent weeks of the dangers of illegal migrants entering the UK in boats crossing the English Channel bringing more cases of Chinese coronavirus into the country.

While a scant few media headlines have revealed dozens of illegals being intercepted off the coast of Dover, Kent, by UK Border Force and taken into custody, Mr Farage warned that there is a “scandal” happening in another part of the south-east of England, where organised smuggling may be ushering in even more migrants who may never be reported to authorities, adding to the at-least one million illegal aliens already in Britain.

Speaking from Pett Level in East Sussex, Mr Farage described it as the “favoured beach for migrants to come” because of the shallow seas, sandy beach, and the slipway (a ramp near the shore on which boats can be moved to and from the water).

“I think what’s happening is, boats and dinghies are coming in here, under the cover of darkness, and they’re able not just to unload the crew but to get the boats off on trailers, as well.”

Walking the route smugglers and illegal aliens would take, he pointed beyond the slipway to the road.

“We’re getting to the high end where they’re not just getting people out, they’re actually getting their boats back, as well,” Mr Farage said in the report posted to social media on Tuesday.

“We do see some, where the border force tow people in,” he said, alluding to interceptions such as those at Dover, where on Monday, immigration picked up 47 Middle Eastern — and overwhelming male — migrants in four boats. “There are other people landing above and beyond the official figures where the people are being smuggled away,” he said.

“This scandal, I think, is far bigger than anyone realises. [According to] the official figures, since we’ve been in lockdown, 550 people have come into the country. Not one, to my knowledge, has been returned [to France] and [home secretary] Priti Patel needs to get tough,” Mr Farage added.

Visiting nearby Hastings on the same day, one local told Mr Farage that he had seen “loads of immigrant boats coming in” with no Border Force in sight, saying that the most illegals he saw in one vessel being 29 people.

This week, Mr Farage condemned the mainstream media for refusing to cover the massive increase in illegal landings. One of the locals corroborated the disregard, saying there was “no point” in reporting them to the press because “they get the story off you, and that’s it, basically. Not all of them get published.”

He added: “I am speaking to someone in Dover at the minute… and they said [the media] are not publishing them, because every day in Dover there’s a boat coming in.”…

One thought on “UK: Nigel Farage gets the Tommy Robinson treatment for speaking out against ‘migrants’”