The Bolsheviks want to destroy our world & replace it with a socialist Utopia. A construct without history & without nations under a One World dictatorship.

An Italian newspaper has warned that a “diversity” clause in a Council of Europe cultural heritage treaty could “erase the true identity” of Italy as it demands “respect for the diversity of interpretations”.

The Council of Europe Framework Convention on the Value of Cultural Heritage for Society was initially passed in 2005, but so far only ten nations have ratified the treaty into national law. Italy has not been one of them, so far, along with France, Sweden, Germany, and Spain.

The Council of Europe is a Soros shit-show. No one should give them the light of day.

BoJo is a wuss. A cucked up individual. 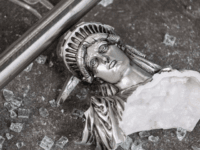 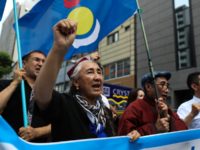 Why are there Uyghurs in Tokyo? 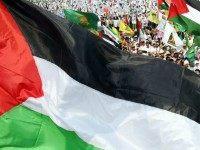 The treaty, also known as the Faro Convention, is set to be voted on in the Italian parliament soon, according to newspaper Il Giornale, which has warned that a certain “diversity” clause could impact Italy’s culture.

The paper takes aim at Section II, Article 7, of the treaty, specifically the statement to “encourage reflection on the ethics and methods of presentation of the cultural heritage, as well as respect for diversity of interpretations”.

A hard-left campaign group with a history of high-profile activism has published a list of dozens of public memorials targeted for removal.

Article 7 goes on to say that it will also “establish processes for conciliation to deal equitably with situations where contradictory values are placed on the same cultural heritage by different communities”.

An example of “contradictory values” offered by the paper is the 2016 visit to Rome by Iranian President Hassan Rohani, which caused controversy when the government, then headed by former Prime Minister Matteo Renzi, covered up many Italian masterpieces to not offend the Iranian President.

In 2019, a cemetery in the city of Bologna went even further, installing motorised curtains to block the view of Christian symbols during services for Mohammedans.

Offensive statues have been a focal topic in recent weeks following Black Lives Matter protests sweeping the globe in the wake of the death of U.S. citizen George Floyd in the city of Minneapolis.

In the UK alone, a statue of Bristol philanthropist Edward Colston, who profited in part from slavery, was toppled and thrown in a nearby river, while earlier this week London Mayor Sadiq Khan ordered the removal of a 207-year-old statue of Robert Milligan over links to the slave trade.

Exclusive: Scottish Police Have ‘No Plans’ to Guard Statues Targeted by BLM and Left-Extremists https://www.breitbart.com/europe/2020/06/10/exclusive-scottish-police-have-no-plans-guard-statues-targeted-blm-left-extremists/ …

Scots Cops Have ‘No Plans’ to Guard Historic Statues

Police Scotland has told Breitbart London it has “no plans” to guard historic monuments and memorials targeted by ‘Topple the Racists’.

Far-left activists have since released a hit-list of statues across the UK they would like to see removed or toppled, a list that includes former kings and even former Prime Minister Charles, Earl Grey who helped abolish the Atlantic slave trade.

Several statues in Scotland are also on the list. Despite the publication of the plans of the extremists, Scottish police told Breitbart London they had no intention of guarding or protecting the statues.