This is not about “Black Lives Matter”. It is about an insurrection against a democratically elected President Trump and his Administration Government.

Indianapolis police officer and mother, 24, killed in line of duty
.
Police: ‘Stashes’ of bricks staged near protests were ‘to be used during a riot’

They should be reprimanded & demoted. this is not what a soldier does.

Our US military should never kneel to anyone, including the mob. pic.twitter.com/1MAoY3WNpH

Disgraceful! 2 generations of dumbing down & the republic is ready to surrender to Obamunist looters. There goes the ‘shining city on a hill’.

“I want to acknowledge that much of the violence and destruction, both here in Seattle and across the country, has been instigated and perpetuated by white men,” she wrote Sunday night on Twitter, adding that they “experience the height of privilege and are co-opting peaceful demonstrations.” There is a disturbing wilful blindness toward, and romanticising of, the violent activist group among left-wing commentators in Australia, writes The Mocker:

As anyone who listens to the ABC would know, its presenters habitually preface certain names and phrases with the term “so-called”. By doing so they insinuate what follows that expression is value-laden or contains an otherwise questionable premise. That in itself is unremarkable, but the ABC’s selective applying of this preface is another matter.

For example, a cursory search of ABC’s website reveals presenters apply the preface to terms such as seal of the confessional, African crime, war on drugs, Islamic State, Pacific Solution, and secondary boycott. Conversely, expressions such as affirmative action, climate change, hate speech, the Uluru Statement from the Heart, and toxic masculinity have no such qualifier.

The absence of the preface is an informal certification that the expression’s name or concept accurately depicts what it implies, and its inclusion the reverse. Contrast, for example, the ABC’s reporting “The Prime Minister has confirmed he’s considering using taxpayers’ money to invest in so-called clean coal technology,” with “Investors ramp up pressure for green energy-led COVID-19 recovery”.

Lest we forget China’s bloody day of shame
PAUL MONK
.

But have you ever heard ABC presenters referring to “so-called” anti-fascists when discussing militant far-left group Antifa? The election of US President Donald Trump in 2016 both galvanised and enraged Antifa’s members, many of whom used violence to suppress its political opponents in Portland, Oregon, and the University of California, Berkeley. “In the name of protecting the vulnerable, anti-fascists have granted themselves the authority to decide which Americans may publicly assemble and which may not,” wrote Peter Beinart in The Atlantic in 2017. “That authority rests on no democratic foundation,” he said, noting the irony in Antifa’s supposed eschewing of authoritarianism.

The movement can take comfort in the fact there is a bevy of commentators ready to defend it. “You can talk about Antifa; I’ve watched them in streets protesting in different situations, okay,” said CNN journalist Chris Cuomo last year. “There are certainly aspects of them that are true to a cause, that is a good cause; they want social justice, they want whatever they want in that context.” Claiming “all punches are not equal morally,” he defended the group’s resorting to violence. “But fighting hate is right. And in a clash between hate and those who oppose it, those who oppose it are on the side of right.”

Cuomo, who was born and raised in New York City and is the brother of the state’s governor, might want to reflect on those words in the wake of mass looting and destruction in Manhattan on the weekend. What began as a protest in Minneapolis over the death in custody of African American man George Floyd at the hands of the city’s police has now turned into mass disorder and destruction across the country. To suggest it is driven solely by rebellion against racial injustice is a claim looking increasingly hollow.

Last weekend, the nation’s Attorney-General, William Barr, attributed the blame to “anarchic and far-left extremist groups,” saying they were using “Antifa-like tactics”. Pointing out that many of activists had travelled interstate to commit violence, he accused them of exploiting Floyd’s death to pursue a “separate and violent agenda.”

Trump has announced he intends declaring Antifa a terrorist organisation.

Not surprisingly, the country’s media, which has consistently portrayed rioters as the victims of structural oppression, has been sceptical of Barr’s claims. On Sunday, however, New York City Police Department’s Deputy Commissioner for Intelligence and counter-terrorism, John Miller, detailed the highly organised and premeditated modus operandi of these criminals.

“Before the protests began,” Miller said, “organisers of certain anarchist groups set out to raise bail money and people who would be responsible to be raising bail money, they set out to recruit medics and medical teams with gear to deploy in anticipation of violent interactions with police.”

Their actions were neither spontaneous nor random. “We believe that a significant amount of people who came here from out of the area who have come here, as well as the advance preparation, having advance scouts, the use of encrypted information, having resupply routes for things such as gasoline and accelerants as well as rocks and bottles …” Miller said. “Taken together, (this) is a strong indicator that they plan to act with disorder, property damage, violence, and violent encounters with police before the first demonstration and or before the first arrest.”

On Tuesday, the ABC’s Tracey Holmes discussed Antifa with American academic and author Dr Mark Bray, whom she introduced as a “historian of human rights, terrorism, and politics”. He described the movement as embracing the “politics of revolutionary self-defence,” saying its goal was a “world free of racism and oppression”.

Citing the fact that European leaders had acted too late to combat fascism pre-World War II, he said Antifa members had accordingly employed the tactics of “pre-emptive self-defence”. Bray was critical of Trump’s condemnation of Antifa, saying his intent was to “delegitimise the massive black-led rebellion … against white supremacist policing”. He claims the modern definition of fascism is an “ultranationalist traditionalism, an attempt to revive certain patriarchal racist misogynist traditions with a very violent authoritarian character to them”.

Holmes did not mention that Bray himself was in the Occupy Wall Street movement or that he condones the use of violence. Not so the Washington Post when it reviewed his book “Antifa: The Anti-Fascist Handbook” in 2017. “When Bray calls his book ‘an unabashedly partisan call to arms,’ it’s not just a metaphor,” wrote Carlos Lozada. “He simultaneously minimises and affirms violence as a tool — calling it ‘a small though vital sliver of anti-fascist activity’.”

Not only that, Bray is contemptuous of “liberal anti-fascism,” the belief that American institutions, traditional political philosophy, and law enforcement agencies are a bulwark against fascism. “Historically, fascist and fascistic ideas have thrived in open debate,” Bray writes. “An anti-fascist outlook has no tolerance for ‘intolerance.’ It will not ‘agree to disagree’.” Lastly, just in case you are in any doubt about Bray’s intentions: “Our goal should be that in twenty years those who voted for Trump are too uncomfortable to share that fact in public.”

So extreme are Bray’s views that in 2017 his own institution, Dartmouth College, released a public statement repudiating them, saying he was “supporting violent protest”. This is highly relevant information that Holmes should have disclosed, yet she did not, despite it being easily retrievable. Listeners could have been forgiven for thinking Bray was giving an objective appraisal and that Antifa was a noble movement. “These are small groups, they don’t reflect the … massive ominous threat that Trump and Republican politicians have ascribed to it,” he told Holmes. It also raises the question of why the ABC gave a platform to someone who advocates violence. Can you imagine the national broadcaster extending that privilege to a far-right activist?

There is, disconcertingly, a wilful blindness towards and a romantic view of Antifa among left wing commentators in Australia. In 2017, responding to a tweet featuring an image of Allied soldiers fighting in World War II, ABC presenter Jonathan Green labelled them “Antifa”.

#OnThisDay in 1939, Britain and France both declare war on Nazi Germany after their invasion of Poland 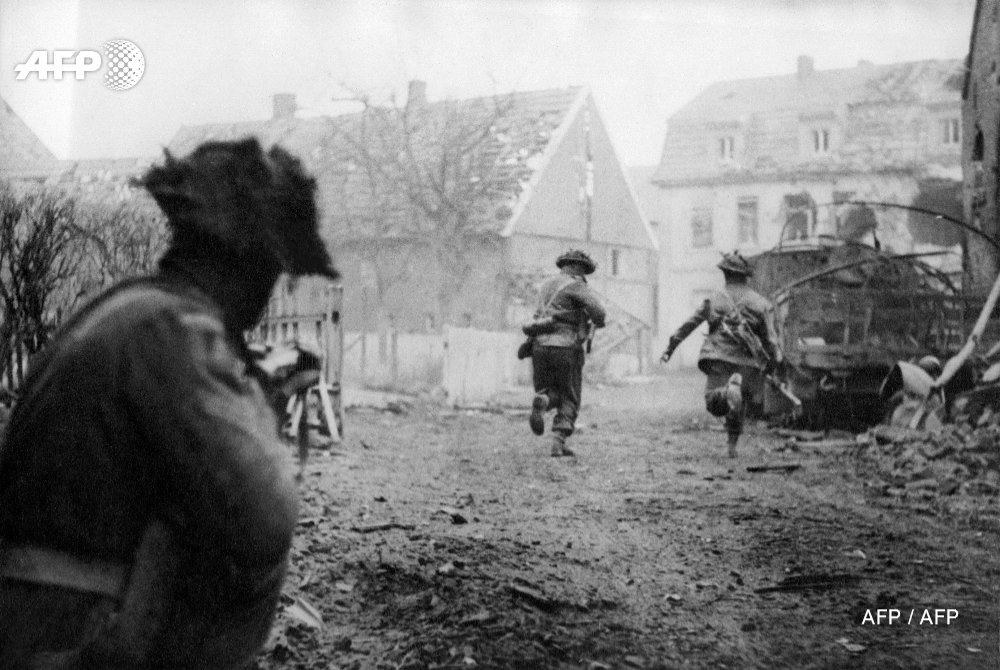 61 people are talking about this

When Houston Police Department chief Art Acevedo appeared on television this week and appealed for Trump to “keep [his] mouth shut,” Sydney Morning Herald columnist Peter FitzSimons was ecstatic. Incredibly, he seized on this to ask his Twitter followers if this meant Acevedo was “with Antifa”. In the same vein author and commentator Jane Caro effusively pledged herself to Antifa on Twitter this week.

A week ago, unimaginable that a police chief would so address the President of the United States. So is the Houston Police Chief with Antifa TOO, do you think, or just speaking truth to power, speaking up for decency, for common sense, for leadership? https://twitter.com/camanpour/status/1267531481322262528 …

Houston Police Chief @ArtAcevedo: “Let me just say this to the President of the United States, on behalf of the police chiefs of this country: please, if you don’t have something constructive to say, keep your mouth shut.” 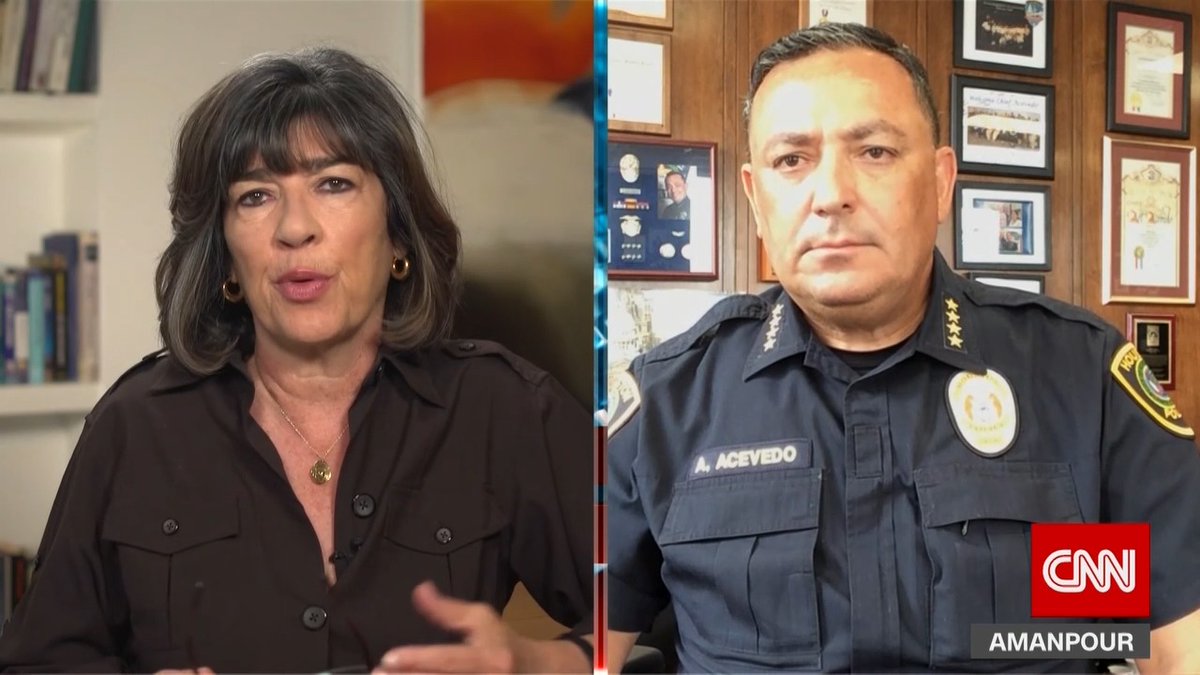 133 people are talking about this

It’s ANTIFA and the Radical Left. Don’t lay the blame on others!

1,025 people are talking about this

Such is the obsession with wanting to be seen on the “right side of history” that commentators are more concerned with identifying as an ally, not realising that term is a euphemism for useful idiot. “And what is so terrifying about what is happening in the US at the moment is that you’re seeing heavily militarised police dispersing crowds of peaceful protesters,” said human rights lawyer Lee Carnie during her appearance on ABC’s The Drum on Monday. “It is a form of silencing,” she said.

#ICYMI: “What is so terrifying about what is happening in the US at the moment is that you’re seeing heavily militarised police forces dispersing crowds of peaceful protesters. It is a form of silencing. ” – @LeeJCarnie 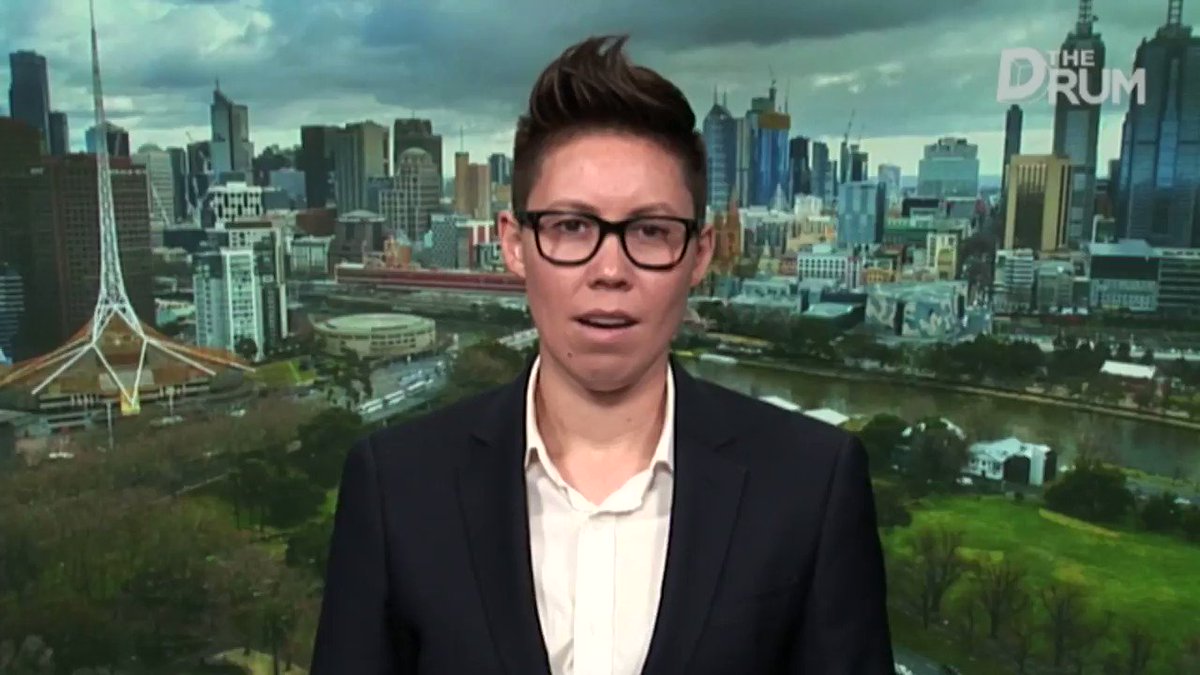 486 people are talking about this

Another form of silencing was the shooting of Las Vegas police officer Shay K. Mikalonis in the back of the head at a protest rally on Tuesday. He is on life support. Then there is David Dorn, an African American and retired police captain, who was shot dead the same day in St Louis, Missouri, as he tried to defend his friend’s business against looters. And there is the case of attorneys Colinford Mattis and Urooj Rahman who were arrested after allegedly throwing a molotov cocktail into a police vehicle outside a Brooklyn police station. Rahman, incidentally, is a human rights lawyer.

Clearly there is a lot more to this than repressed minorities striking a blow for equality. If only the members of The Fourth Estate devoted their efforts to investigating Antifa and its members. Would that be too much to ask of these journalists, or should I say these so-called journalists?