Society has become so screwed up that it’s more controversial to speak the truth than to lie.

Nightmare in New York: Murders up as shops are looted and shuttered

How Covid-19, BLM protests and a commie mayor are turning the city into a no-go zone as murders skyrocket, shops are looted and 500,000 middle-class residents flee

It’s not a thing when it’s black on black violence. It only matters when whitey shoots n*ggas. That brings all the boys in the yard.
.

Tucker: Ordinary citizens stand up as politicians cower to the rage mob

Seattle City Councilmember Teresa Mosqueda says CHOP protesters who resist or obstruct police officers shouldn’t be charged with a crime. It’s the latest dangerous escalation of her anti-police rhetoric as she gears up for a mayoral challenge to Mayor Jenny Durkan.

Police outside the East Precinct recently arrested a masked protester for obstruction and a second for assault against a Seattle officer.  After the arrest, Mosqueda feigned outrage. 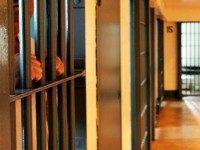 Why feed & house him for 30 years? Why can’t we just bury him in the ground under a ton of cement?

The Swedish PM needs to be locked up in an asylum 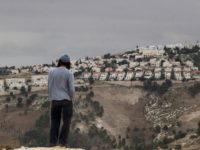 The Trump administration had the “moral clarity” to recognize that the “removal of the Jewish people [from West Bank settlements] as an Israeli obligation in a peace accord is morally reprehensible,” Kontorovich noted.

If the UN hates it, it must be good.

The Anti-Terrorism Act of 2020 repeals the Philippines’ Human Security Act of 2007, providing Duterte’s government with more surveillance powers. Under the new law, people in the Philippines will face an extended sentence – up to 12 years to life imprisonment – for proposing, inciting, conspiring, or facilitating “terrorist acts” against the Philippine government and its people.

One thought on “Riots continue in the U.S.”