Not a chance in the world that the treacherous Merkel regime will investigate this any further. In fact, they’re doing the most they can to obscure it all and cover it up.

Thanks to Allah’s Willing Executioners. Beetlejuice has a right to a safe space

Chicago’s Democrat Mayor: “I have a right to make sure that my home is secure.”

But when the McCloskey’s defend their home in St. Louis?

Twitter bumps you off for posting a quran verse.

WHO director says the world ‘cannot go back to the way things were,’ even if a vaccine is found

Who in his right mind would buy health care from an African corruptocrat who’s in the pocket of the ChiComs?

Report: Antifa Member Who Allegedly Stabbed A Black #Trump Supporter Was Bailed Out

The fund used to get Antifa members, like this one, out of jail has apparently raised nearly $1.3 million. The member is also reported to be a convicted sex offender. 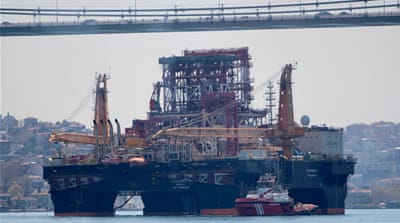 Turkey warns Greece of retaliation if attacked amid claims in energy-rich region as Ankara accuses Paris of ‘bullying’.

One thought on “Vehicle Jihad in Germany”