Khan Says ‘It’s Never Been More Hard to Be a Muslim’ Because of Trump, Claims Prez Bullied Him for His Faith 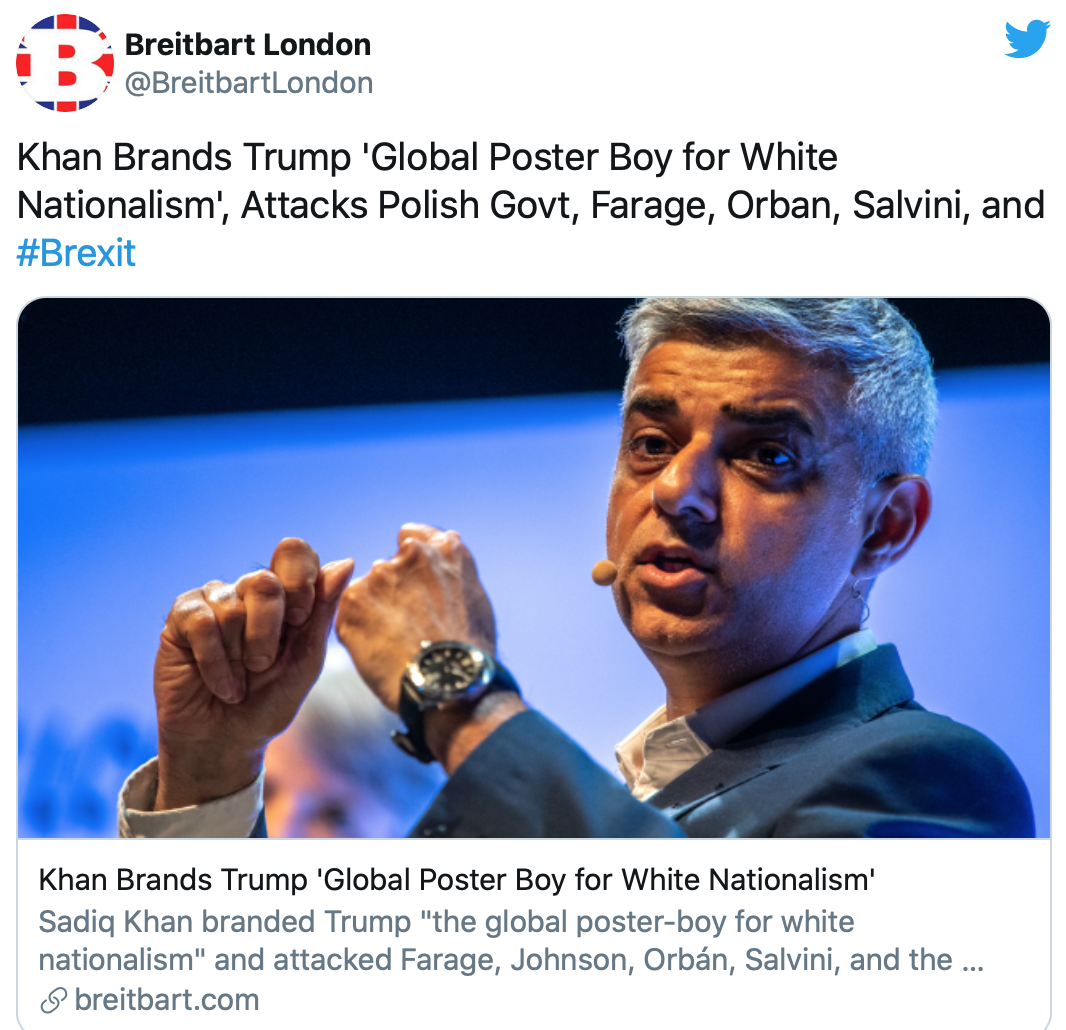 Sadiq Khan, the Mohammedan Mayor of London, had claimed President Trump picked on him purely because of his religion, and that “it’s never been more hard to be a Muslim” because of him.

Mayor Khan made the comments in an interview with the anti-Brexit radio personality James O’Brien, welcoming the media-proclaimed but still contested victory of Joe Biden and Kamala Harris in the U.S. elections.

This piece of excrement in human form launched the vilest attacks against #Trump. Now, in typical Mohammedan fashion, he plays the victim?  Khan is repugnant.

Pakistan where Christians, Ahmadis & other religious minorities are prosecuted, forced to convert & sometimes killed when accused of blasphemy is concerned about religious intolerance & hate speech in the US. https://t.co/fvZ8wDBcMS