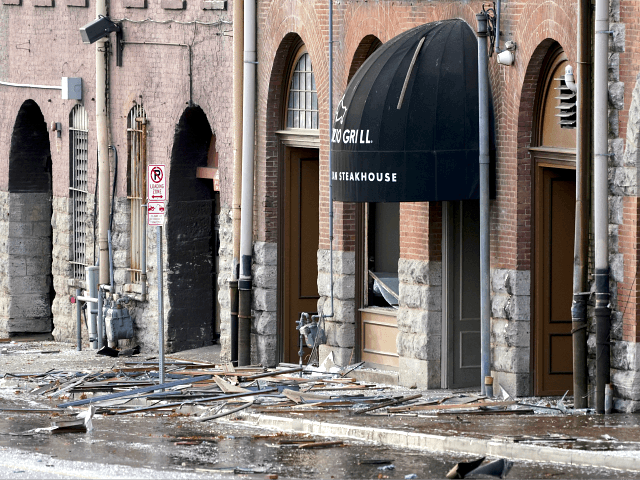 NASHVILLE (AP) — An explosion linked to a vehicle rocked downtown Nashville on Christmas morning, sending shattered glass and debris over a wide area and rocking nearby buildings.

A MASSIVE explosion has rocked the US city of Nashville, with claims of “glass and steel everywhere” and police on the scene.

Not Beirut, this is Nashville on Christmas morning.

The fact that libs will continue to vote for the communist mayors that breed this violence just illustrates their need for suffering and victimization to give them an excuse to be pathetic pic.twitter.com/6W3iSSLyVf

Bomb explodes in Nashville after loudspeaker warns people to evacuate.pic.twitter.com/a1iWMctnqL

The Mayor of Nashville is laughing…
pic.twitter.com/pZdXitJpox

Get ready for a worthless FBI investigation.

An FBI investigating the Nashville bombing means no arrests and a cover-up operation unless they can blame it on “white supremacist Nazi Trump supporters.”