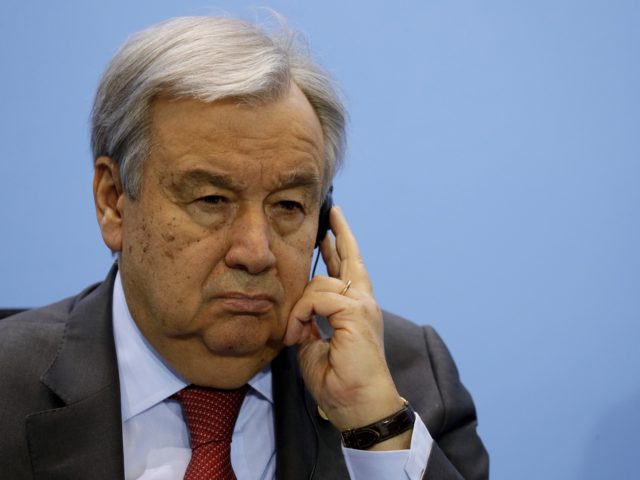 Speaking at the opening of the Climate Ambition summit, held online to mark five years since the Paris Agreement, the Portuguese socialist warned nations’ current commitments were “far from enough” and were plainly unacceptable to the globalist body. 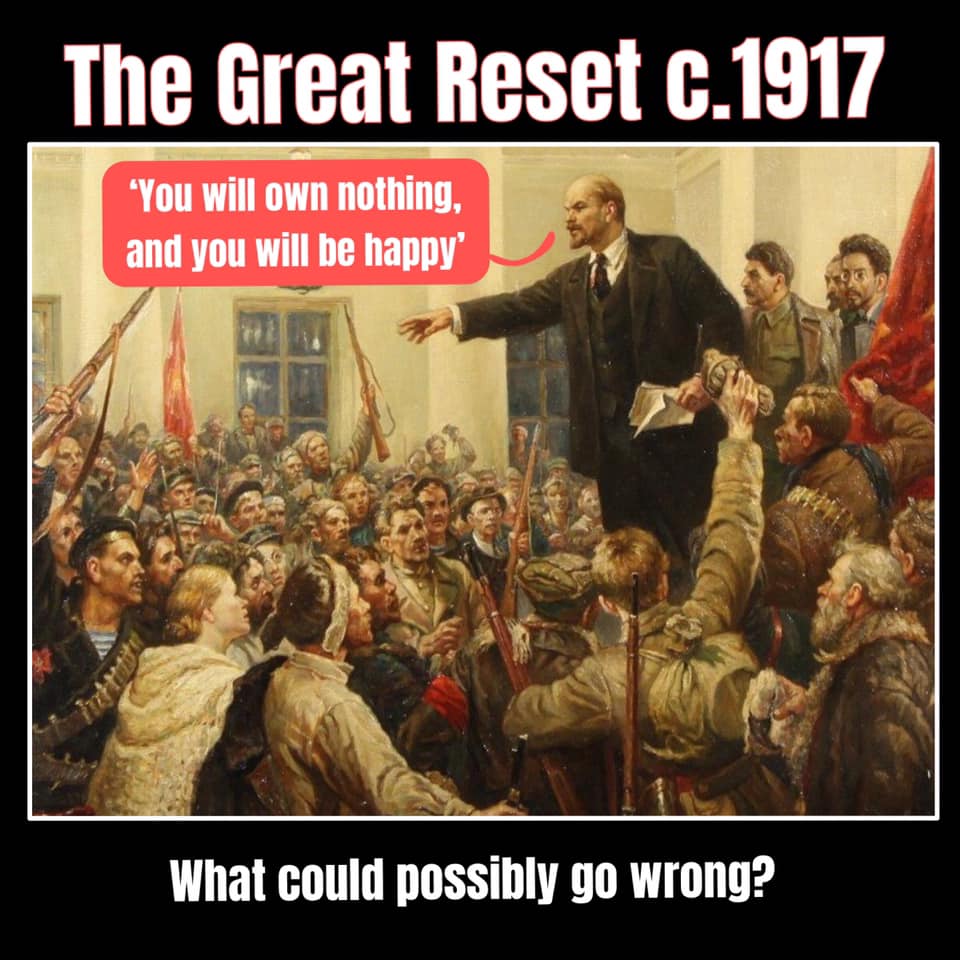 Around 70 heads of state and government took part in the meeting, which was organised by the UK, U.N. and France. They outlined broad new pledges and commitments to curb carbon but gave very little – if any – detail as to how that would be achieved.

“If we don’t change course, we may be headed for a catastrophic temperature rise of more than 3.0 degrees this century,” Guterres said.

Guterres said G20 nations were spending 50 percent more in their coronavirus rescue packages on sectors linked to fossil fuels than to low-carbon energy.

“This is unacceptable. We cannot use these resources to lock in policies that burden future generations with a mountain of debt on a broken planet,” he said via video-link, returning to a theme he expressed in the first week of December:

Guterres urged countries that had already announced net-zero targets to make good on their promises and to accelerate emissions cuts in line with the science.

“Every country, city, financial institution and company needs to adopt plans to reach net zero emissions by 2050 — and start executing them now, including by providing clear short-term targets,” he added.

One area that yielded little progress at the meeting was the question of finance. Rich countries had promised to mobilise $100bn a year from 2020 under the Paris Agreement – but the commitments on cash have largely been ignored.

Guterres has already said he awaits Joe Biden in the White House to provide U.S. taxpayer funds to remedy that cash shortfall.

Kamala Harris agrees and is literally counting the days until Joe Biden leads the U.S. back into the agreement.

On that occasion he said nature is determined to destroy humanity through flood, famine, fire, and pestilence, prophesizing the time has come for us to repent and mend our ways through a great climate and economic reset. 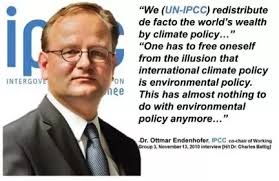 Why are people in authority allowed to get away with obvious untruths about climate change, despite all the factual evidence to the contrary, asks Peta Credlin.
.
Why? Because its UN garbage.
Agenda 21 & 30, de-industrialisation. Our young have been indoctrinated with it & are oblivious to reason. We need to reform our education system & the drecks media.
.
Peta Credlin
.
December 12, 2020 – 6:52PM The Sunday Telegraph
.
Not only do all the renewable energy advocates claim that wind and solar will produce cheaper power than coal and gas, but they then invariably assert that “all the research” proves it.
.
Yet everywhere that transitions from fossil fuels to widespread use of wind turbines and solar panels experiences big price hikes and the risk of blackouts.
.
It’s no coincidence that South Australia, with the highest use of intermittent power sources, has had the highest electricity prices in Australia; and that power prices generally have roughly doubled over the past decade as renewables went from almost none to nearly 30 per cent of total generation.
.
How it could ever be cheaper to replace 24/7 power with power that’s only on when the sun is shining or the wind is blowing is hard to fathom.
.
I’m a reluctant conspiracy-detector, but it’s hard not to see one in all the “researchers” eager to “prove” what’s utterly implausible just because that’s what the green-establishment wants people to think.
Now, the lie about renewables being cheaper has yet again been exposed.
.
Back in 2017, the Northern Territory’s power generator reported to the government that reaching a 50 per cent renewable energy target would push up system costs by up to 30 per cent and that “capital costs will replace fuel costs as the key driver of electricity prices”. When challenged on this leaked report, the NT government said this week that it was “outdated” and didn’t reflect new developments.
.
Yet when this report was given to the government, the Chief Minister had claimed: “We very much see this as about substitution rather than additional costs … The advice we’re getting … is that an investment in renewables will actually put downward pressure on household prices.”
.
Despite the Chief Minister’s assurances, the NT’s renewable energy target hasn’t stopped further price rises.
.
Why are people in authority allowed to get away with obvious untruths on everything to do with climate change? It’s a classic case of wanting the lie to be true so insisting that it is despite all the factual evidence to the contrary.
.
Expect to hear even louder and more frequent assertions that renewables are cheaper in the run-up to next year’s Glasgow climate conference — but this debate has to include all the facts and science, not just the version that the zealots want to push.

One thought on “UN climate shysters getting desperate”