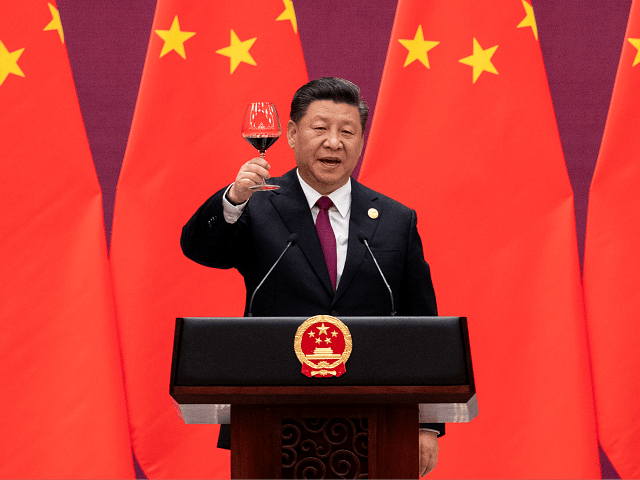 China’s green credentials are often praised by Western environmental groups who apparently believe that China is serious about cutting its carbon dioxide emissions.

CSIRO goes gaga with its GIGO analysis of renewables

Terry McCrann The Australian December 13, 2020
.
Great news: our prestige science body the CSIRO has told us we can abandon all those mandatory targets for more and more so-called renewable energy and save taxpayers and consumers the $13bn or so — and rising — that we pay each year in direct and hidden subsidies for wind and solar.
.
That’s to say, we don’t need any forced targets for electricity generation; the industry will “go 100 per cent renewable” all on its own out of sheer greed, because that’s where the biggest profits are. Supposedly, according to the CSIRO.
Therefore we will only need carbon dioxide (and methane) targets for “everything else” outside electricity generation — from cement and steel and non-electricity generating gas to farting cows. And sheep? I actually haven’t seen any numbers on the fart quotient for the average sheep.
.
Here’s the headline on the CSIRO press release on Friday: “Renewables still the cheapest new-build power in Australia”.
Here’s the breathless money quote from someone identified as CSIRO chief energy economist Paul Graham: “Even taking into account these extra system integration costs, solar photovoltaics (PV) and wind continue to be the cheapest new sources of electricity for any expected share of renewables in the grid — anywhere from 50 per cent to 100 per cent.”
.
Those “extra system integration costs” he referred to are the amount of “storage needed” — batteries like former SA premier Jay Weatherill’s Tesla one and pumped hydro like former prime minister Malcolm Turnbull’s Snowy 2.0 — and “additional transmission expenditure”.
.
My, my, that’s impressive. Previously wind and solar only seemed cheap when you didn’t factor in the cost of alternative power to switch in when, you know, “the wind don’t blow and the sun don’t shine”.
.
This analysis at least purports to factor those costs in; and even with them added, wind and solar are still cheaper than all the other forms of electricity generation and especially (wicked) black and brown coal. So, case proven?
.
So that, without a single dollar of direct or indirect subsidy or government mandation, we’d just naturally go all wind and solar? That you’d never get another coal-fired power station built, just like you’d never get flat-screen TVs made in Australia?
.
Because, just as the profit motive drives us to import all our flat-screen TVs from China, so we would only build wind and solar plants — and, of course, import all the solar panels and wind turbines from China as well?
.
Actually, no. Like everything promoting wind and solar, this analysis is — not to put too fine a point on it — utter garbage. Or, to express that in more polite academic terminology: GIGO, or Garbage In Garbage Out.
.
What the breathless press release did not say was that the so-called “proved cheapness” of wind and solar came with an asterisk — a very large asterisk. That the “costs” of coal and gas-fired generation included a massive and massively increasing carbon tax imposed on them.
.
To draw a rather timely analogy; that would be exactly like claiming detailed analysis has proved that it is cheaper to make those flat-screen TVs in Australia than to import them from China.
.
While leaving it for you to read in the fine print (and in the CSIRO report it is literally in fine print) that this analysis builds in a 200 per cent tariff into the “cost” of Chinese flat-screen TVs.
.
The CSIRO press release does provide a very indirect clue to the analytical — what’s the best word? Dodgy? Dishonest? Disgraceful? Pathetic? All of them and more? — definition of “generation cost”.
It refers to “costs reductions for technologies not currently being widely deployed, such as carbon capture and storage (CCS)”.
Hang on? What’s CCS got to do with an analysis of power generation cost? CCS doesn’t generate power? It’s not needed for power generation; only for preventing CO2 emissions? The only reason you would spend money installing CCS is to avoid mandatory payments for CO2 emissions.
.
So the “analysis” is all built on taking your choice. You can build a new coal-fired generator and double its cost — and the “cost” of its power generated — by adding CCS. Or you can pay a carbon tax (which the report, mindful of the misfortune of a former certain PM, calls a carbon price) that starts at $75/$100 an emitted tonne in 2025 and rises to $275/$390 a tonne by 2050. And so the “cost” of power generated is similarly dramatically increased.
.
The two figures for the carbon tax/price depend on whether Australia has a higher or lower “climate policy ambition”.
So there’s the basic analytical dishonesty (there always is, I would add, almost gratuitously): to wit, we prove wind and solar are cheaper than coal because we make coal artificially more expensive.
.
But in its own terms, even more impressive is the breathtakingly, almost bottomless, analytical stupidity. There’s not the faintest understanding that the whole analysis is entirely circular.
.
CSIRO starts with the basic requirement of reducing CO2 emissions from power generation to zero. It then calculates the carbon tax/price required to make coal (and gas) generation more expensive than wind and solar so that “the market” will build and use wind and solar to achieve those CO2 cuts. And then, miracle of miracles, it finds — it proves — that wind and solar are cheaper than coal and gas!
.
Those who built the CSIRO to our great national advantage and benefit through the 20th century would be turning in their graves.
The CSIRO of 2020 has got precious little to do with science, is anti-industry and produces research of this, ahem, quality.
.
That’s the UN Agenda 21 & 30. Deindustrialisation is what our politicians have signed up to.
.
It needs a name and acronym honesty update to CF-SA-IC-RD.
While on energy dishonesty, a shout-out to the greenies who recently trumpeted Tasmania “proving” you can go 100 per cent renewables — implying you can get there with wind and solar. Oh yeah? Tasmania still gets 90 per cent of its power from hydro. Are the greenies now really pro-dam, starting with the Franklin?
.

“Like all western NGOs, green groups are only allowed to operate in China so long as they bite their tongues and toe the party line. But Beijing is also able to influence their behaviour through funding bodies like Energy Foundation China, a US-based body that distributes money from American billionaire foundations.”

Western green groups have effectively become mouthpieces for President Xi, says Adams, an economist and the executive director of Probe International, a Toronto-based NGO that has been involved in the Chinese environmental movement since its beginnings in the mid-1980s:

“They praise the scale of Chinese ambition on climate change, while paying lipservice in criticizing China’s massive coal expansion. Meanwhile, the greens turn a blind eye to the obvious; China does not honour its international agreements and has no intention of reducing fossil fuel consumption, quite the opposite. While the world has awakened to China’s abuses, western environmentalists are silent,” says Adams. “China plays them as useful idiots.”

This page from the Environmental Defense Fund embodies this naivety. It’s titled ‘Why China is at the centre of our climate strategy’.

Fortunately, China is serious about climate action. The nation of 1.4 billion — the world’s most populous and number one greenhouse gas emitter — took a giant leap forward and launched its national carbon market in December 2017.

In reality, the Chinese communists are only interested in environmentalism insofar as it weakens idiot Western nations as they destroy their own economies with needlessly inflated energy prices.

President Xi may claim to be going off fossil fuels, but China is pursuing coal at a breakneck pace, with hundreds more coal-fired plants in the planning phase…

In oil, China has an ambitious program to build refineries…The increased capacity is needed to satisfy China’s ever-expanding oil consumption. Last year, ‘China consumed an estimated 14.5 million b/d of petroleum and other liquids, up 500,000b/d or nearly 4 percent from 2018’ according to the EIA. This growth in oil consumption growth accounted for an estimated two-thirds of incremental global oil consumption.

Because China monitors and controls all the foreign environmental groups currently operating within its borders, their reporting is partial and untrustworthy.

While critics of the CCP’s many malign activities give it a black eye, the environmentalists’ glowing reports of China’s environmental leadership paints the country in a favourable light and acts to put Beijing’s critics on the defensive. Environmentalists, in fact, have become the highest profile cheerleaders for the communist, helping to divert attention from the regime’s worrisome pursuits.
*****
An informative comment:
.

Who approved the deal with the Chinese to build Hinkley Point C, ”the worst deal ever”, dependent on Chinese goodwill and Chinese expertise, which should eventually produce the most expensive electricity in the UK, if it ever works at all, and a possible dangerous ”trojan horse” in west Britain?

The Spectator is deeply unimpressed…….

So why did David Cameron approve ”the worst deal ever” for the UK, but the best deal ever for China?

One possible clue might be David Cameron’s close friend and co-author John Kerry who has extensive experience dealing with the Chinese as former Secretary of State. According to Peter Schweizer, John Kerry was with Joe Biden when highly advantageous trade deals were awarded to the Chinese.. and Joe Biden received advantageous private deals for his son, Hunter Biden. There is also mention of John Kerry’s stepson in this story……..

So what is the truth about Hinkley Point C? Was Dave bought by China?

I checked David Cameron’s autobiography keen to find further information about this crucial project and discovered…..

Is this a cover up?

Hardly surprising then that virtually all Dave’s policies were identical to Soros policies.

One thought on “Stop the climate racket! Follow the money!”