The climate racket is full on now. The Great Reset is in full swing. 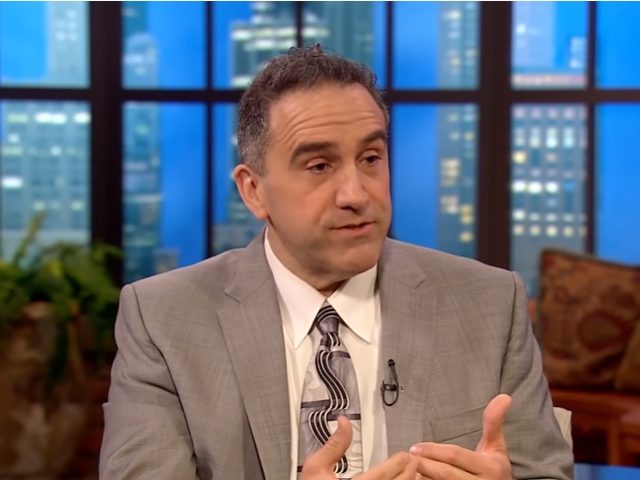 Marc Morano, founder of Climate Depot and author of the forthcoming Green Fraud: Why the Green New Deal Is Even Worse than You Think, warned “climate change” would be used as a pretext for lockdowns as is being done with coronavirus.

“They want to use the COVID lockdown as the model for climate lockdowns,” said Morano of Democrats and the broader left, offering his remarks on Tuesday’s edition of SiriusXM’s Breitbart News Daily with host Alex Marlow.

Morano noted how the coronavirus outbreak displaced “climate change” as the left’s “ticket to a Soviet-style regulatory state.”

Morano recalled how assorted left-wing doomsday narratives from previous decades — including “global cooling” and “overpopulation” — were framed as justifications for implementation of totalitarian central planning and control.

“It was all based on the same concept, that everything’s limited, we’re all going to die and and we need to essentially turn our lives over to central planning,” Morano stated.

Klaus Schwab is elated: the world dictatorship is coming. The “Great Reset” is finally going ahead. #Trump is gone, for now.

“The ideology of the progressives — of the bureaucratic state that regulates every aspect of your life — [is] drawn to environmentalism,” Morano stated. “Global warming is merely the latest environmental scare with the exact same solution they’ve been proposing since the 1960s, which is sovereignty-limiting treaties — or actually just losing all national sovereignty — wealth redistribution and central planning like you’ve never seen before.”

Democrats and the left are already claiming the existence of a “climate emergency,” noted Morano:

[COVID-19 lockdowns] are the ultimate planned recession, where government tells you about regulating your backyard barbecues, weddings, funerals, when you can go out of your house, and in more extreme cases and places like Australia, New Zealand, New York, and parts of Canada, California, [where] you can only leave your house during limited times [and] you’re under curfew.

Morano added, “Bill Gates has said the COVID pandemic is nothing compared to how many deaths — the death toll — that’s going to come from climate change. Guess what academics already want to do? They want a provision to add climate change to your death certificate, and this is a very real possibility.”

Morano reflected on public acquiescence to abusive decrees and mandates issued by governments under the guise of public health.

“The Berlin Wall didn’t fall because the East German parliament said, ‘Let’s pass a bill. We’ll finally tear this down. The people deserve freedom.’ It fell because people no longer gave it consent. So here’s a message for your audience, if they actually want this all to end, the only thing they can do is stop giving their consent.” Morano added:

We have to get to the point where we cannot allow these policies to continue. We cannot allow this compliance to continue. … We have to stop being compliant, or else this never ends. This is our new normal, the Great Reset, this is how we’re going to Build Back Better, by crushing human freedom and liberty, and Sovietizing our regulatory state.

Morano warned President-elect Joe Biden’s “climate change” proposals, built on calls to reduce and eliminate fossil fuel consumption in accordance with the Green New Deal, increase the risk of war between the U.S., China, and Russia.

“We’re going to be back to relying on energy from the Middle East, from Venezuela, [and rare-earth mineral] mining from China and Russia,” Moano stated. “This is how you kept set the stage for endless future wars.”

Morano assessed, “[America achieved] energy independence and dominance … and we’re about the toss it all away under Joe Biden.”

He concluded, “[Biden will] basically exchange our energy dominance and independence for mineral and mining dependence on China and Russia, and this is how you end up with more wars.”