Authored by Kit Knightly via Off-Guardian.org,

Part of the main duty of OffGuardian is to troll through the masses of media output and try and pick up patterns. Sometimes the patterns are subtle, a gentle urging behind the paragraphs. Sometimes they’re more like a sledgehammer to the face.

From “flatten the curve” to “the new normal” to “the great reset”, it’s not been hard to spot the messaging going on since the start of the “pandemic”. And that distinct lack of disguise has carried over into other topics, too.

We pointed out, a few days ago, the sudden over-use of the phrase “domestic terrorism” preparing us for what is, almost certainly, going to be a truly horrendous piece of new legislation once Biden is in office. 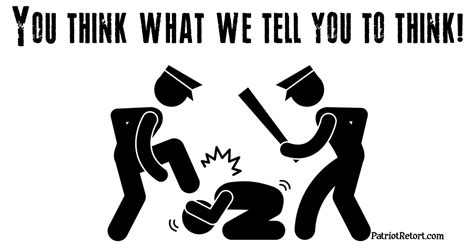 Well, the buzz-phrase doing the rounds in the wake of Donald Trump being banned from the internet is “the new definition of free speech”…and variations on that theme.

Firstly, and papers on both sides of the Atlantic want to be very clear about this, Donald Trump being banned simultaneously from every major social network is not in any way inhibiting his free speech.

Indeed none of the tens of thousands of people banned from twitter et al. have had their free speech infringed either. Neither have any of the proprietors – or users – of the Parler app which the tech giants bullied out of existence.

Free Speech is totally intact no matter how many people are banned or deplatformed, the media all agree on that (even the allegedly pro-free speech think tanks).

They also agree that maybe…it shouldn’t be. Maybe “free speech” is too dangerous in our modern era, and needs a “new definition”. 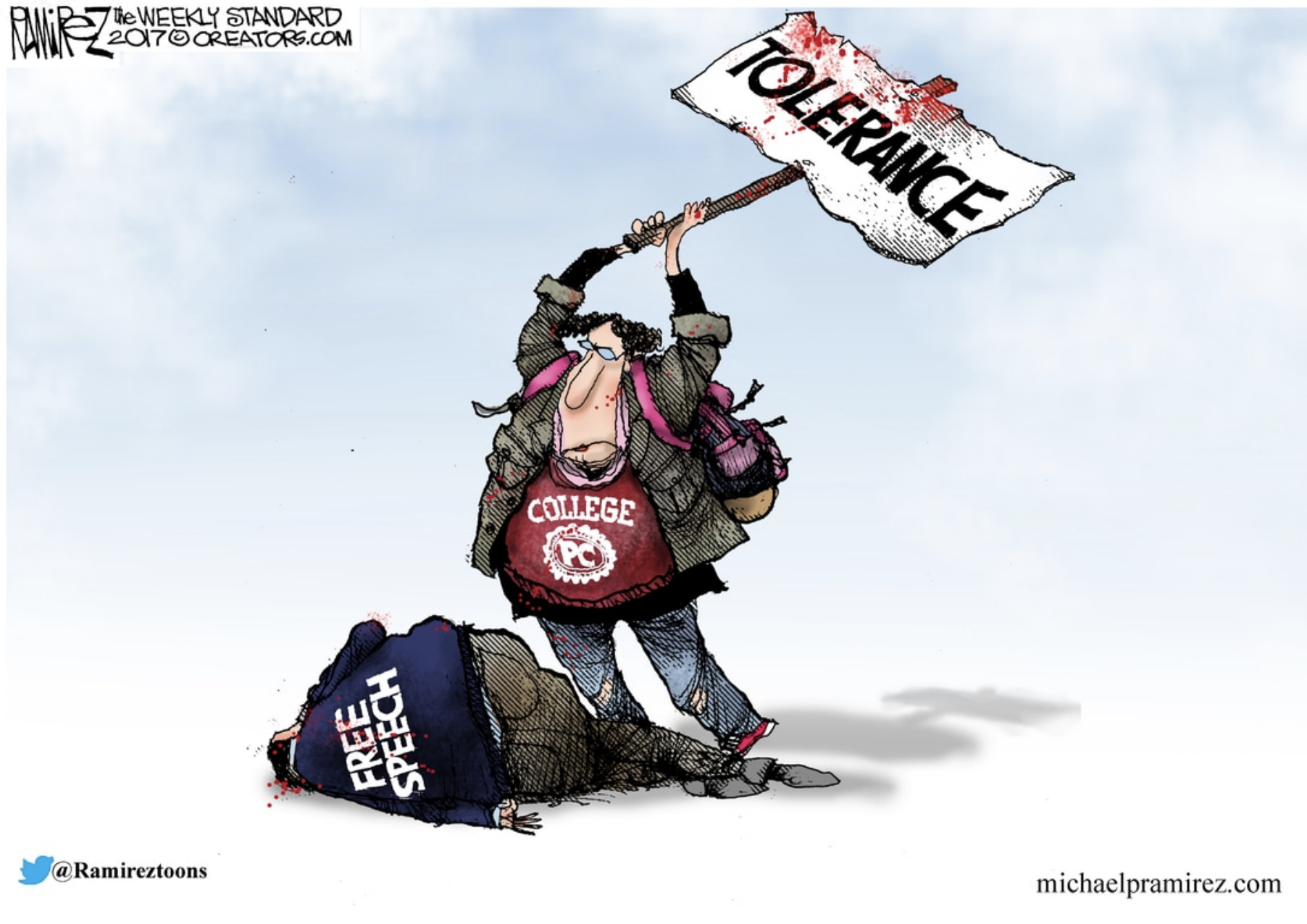 “In order to maintain a tolerant society, the society must be intolerant of intolerance.” Thus, intolerance of opposing viewpoints is now tolerance. It is that easy…

That’s what Ian Dunt writing in Politics.co.uk thinks, anyway, arguing it’s time to have a “grown-up debate” about free speech.

The Financial Times agrees, asking about the “limits of free-speech in the internet era”.

Thomas Edsall, in the New York Times, wonders aloud if Trump’s “lies” have made free speech a “threat to democracy”.

The Conversation, a UK-based journal often at the cutting edge of the truly terrifying ideas, has three different articles about redefining or limiting free speech, all published within 4 days of each other.

There’s Free speech is not guaranteed if it harms others, a drab piece of dishonest apologia which argues Trump wasn’t silenced, because he could make a speech which the media would cover…without also mentioning that the media has, en masse, literally refused to broadcast several of Trump’s speeches in the last couple of months.

The conclusion could have been written by an algorithm analysing The Guardian’s twitter feed:

the suggestion Trump has been censored is simply wrong. It misleads the public into believing all “free speech” claims have equal merit. They do not. We must work to ensure harmful speech is regulated in order to ensure broad participation in the public discourse that is essential to our lives — and to our democracy.

Then there’s Free speech in America: is the US approach fit for purpose in the age of social media?, a virtual carbon copy of the first, which states:

The attack on the Capitol exposed, in stark terms, the dangers of disinformation in the digital age. It provides an opportunity to reflect on the extent to which certain elements of America’s free speech tradition may no longer be fit for purpose.

And finally, my personal favourite, Why ‘free speech’ needs a new definition in the age of the internet and Trump tweets in which author Peter Ives warns of the “weaponising of free speech” and concludes:

Trump’s angry mob was not just incited by his single speech on Jan. 6, but had been fomenting for a long time online. The faith in reason held by Mill and Kant was premised on the printing press; free speech should be re-examined in the context of the internet and social media.

Ives clearly thinks he’s enlightened and liberal and educated, after all he drops references to Kant AND Mills (that’s right TWO famous philosophers), but he’s really not. He’s just an elitist arguing working class people are too dumb to be allowed to speak, or even hear ideas that might get them all riled-up and distract them from their menial labour.

To season these stale ideas with a sprinkling of fear-porn, NBC News is reporting that the FBI didn’t report their “concerns” over possible violence at the Capitol, because they were worried about free speech. (See, if the FBI hadn’t been protecting people’s free speech, that riot may not have happened!)

And on top of all of that, there’s the emotional manipulation angle, where authors pretend to be sad or exasperated or any of the emotions they used to have.

In the Irish Independent, Emma Kelly says that “free speech” doesn’t include “hate speech” (she’s never exactly clear what part of “go home in peace love” was hate speech though).

In The Hill, Joe Ferullo is almost in tears that the first amendment has been ruined by the right-wing press continuously “shouting fire in a crowded theatre”, citing the famous Oliver Wendell Holmes quote, which so many use to “qualify” the idea of free speech, without realising it hands over power to destroy it completely.

Up until you can show me the hard-and-fast legal definitions of “shout”, “fire”, “crowded” and “theatre”, this open-ended qualification is nothing but a blank canvas, free to be interpreted as loosely – or stringently – as any lawmaker or judiciary feels is necessary.

Twitter is certainly bigger and more populated than a theatre, and spreading anti-vaccination/anti-war/pro-Russia/”Covid denial” news [delete as appropriate] is certainly going to cause more panic than one single building being on fire. Isn’t it?

It’s this potential abuse of incredibly loose terminologies which will be used to “redefine” free speech.

“Offensive”, “misinformation”, “hate speech” and others will be repeated. A lot.

Expressions which have no solid definition under law, and are already being shown to mean nothing to the media talking heads who repeat them ad nauseum.

If “go home in peace and love”, can become “inciting violence”, absolutely everything can be made to mean absolutely anything.

The more they “redefine” words, the further we move into an Orwellian world where all meaning is entirely lost.

And what would our newly defined “free speech” really mean in such a world?