Cultural enrichment. We are not supposed to know that the attacker was a Mohammedan. The scribbler carefully avoids to mention it. 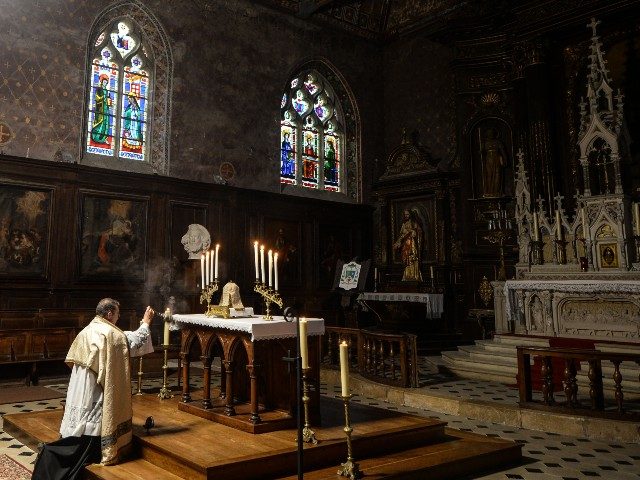 A man in his twenties described as displaying psychiatric problems attacked and beat a priest during Mass in the city of Colmar, France.

Two ‘Refugees’ Sentenced for Rape and Torture of Swedish Boys…

Londonistan: Mayor Sadiq Khan Demands Shuttering of Churches and Other Places of Worship

A Paki Mohammedan tells native Brits they are not allowed to worship in their own churches.

Are there any Brits in Islamic countries telling Muselmaniacs they are not allowed to pray in mosques? 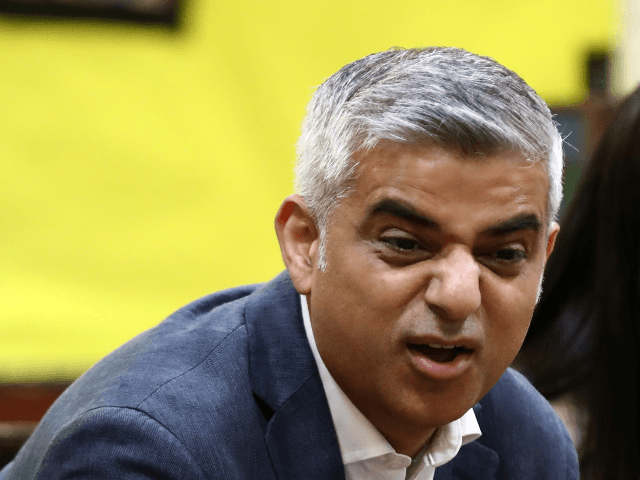 London mayor Sadiq Khan has written to Boris Johnson requesting the immediate closure of all places of worship to curb the spread of coronavirus cases.

Churches and other places of worship have been allowed to stay open during the current lockdown, but Mr Khan has asked that they be forced to close in a letter to Prime Minister Boris Johnson.

The Wrath of Khan obviously does not extend to mosques. 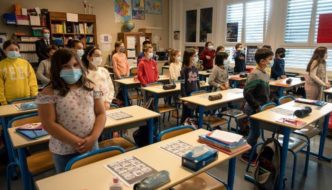 France: Over 40% of teachers say they self-censor to avoid offending their Muslim students 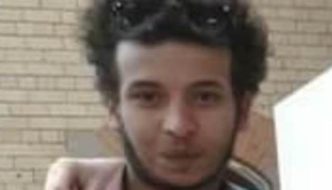 The mayor has declared a “major incident” as the coronavirus infection rate has surpassed one per cent in the Greater London area. Khan said that such a state of emergency is justified because London’s hospitals risk being “overwhelmed.”

“Our heroic doctors, nurses and NHS staff are doing an amazing job, but with cases rising so rapidly, our hospitals are at risk of being overwhelmed,” Khan said Friday. “The stark reality is that we will run out of beds for patients in the next couple of weeks unless the spread of the virus slows down drastically.”

“We are declaring a major incident because the threat this virus poses to our city is at crisis point,” Khan said.

“If we do not take immediate action now, our NHS could be overwhelmed and more people will die,” he added. “Londoners continue to make huge sacrifices and I am today imploring them to please stay at home unless it is absolutely necessary for you to leave.”

In his letter to the prime minister, Mr Khan also passed along requests from London council leaders for the closure of places of worship, as well as for greater financial support for Londoners, for daily vaccination data, and for a face mask mandate including out of doors.

Comparing the coronavirus situation to a “war,” Khan noted that hospitalisations in London increased by 27 per cent from December 30th to January 6th.

The Catholic Archbishop of Westminster, Cardinal Vincent Nichols, has insisted that the spiritual life of citizens is also essential, while questioning the need for closing churches.

“Our responsibility is to follow public health guidance, as set by central government, and make places of worship as safe as possible,” the cardinal said through a spokesman. “This we have done, following the strict guidelines on the wearing of face masks, social distancing and consistent cleaning, and the latest judgment of central government is that our churches are safe.”

“Furthermore, the government recognises that the regular practice of faith in God is a well-established source of personal resilience and dedicated service to those in need,” he said.

“There is no evidence that Churches are places where infection is spreading,” the spokesman added. “We will continue to abide by the public health guidance and work with government to ensure the continued safety of all who come to our churches for prayer and public worship.”

The decision to leave churches open for prayer and communal worship “is based on two factors: the recognition that our churches are safe, and that the service they offer is essential,” Bishop Sherrington said.

“Our churches are making a significant contribution to the personal resilience and inner strength of people which is much needed at this time,” the bishop added. “Many are hubs from which essential support is offered especially to those most in need, extending well beyond the faith communities which use them.”

“At this phase of the pandemic, which is causing alarm and fear, our churches will exercise their role with increased diligence to ensure continuing safety and service,” he said.

One thought on “Nothing to do with Islam”