Leftist Twitter trolls insist that it was a real insurrection because it was captured on camera by their team. And it was all #Trump’s fault. These people are insane.

John Sullivan is an Antifa insurrectionist. In Jan 6th he dressed up as a Trump supporter and was seen directing other ” Trump supporters” on where to go with CNN camera men following them. Later that day he was interviewed on CNN with Anderson Cooper.

Invoices show that CNN and NBC paid $35,000 apiece to John Sullivan, a left-wing grifter who enjoys stirring up trouble, for his video footage of the January 6 Capitol chaos—footage that included the killing of Trump supporter Ashli Babbitt.

The invoices were obtained by Politico and then posted on Twitter.

Politico linked to these invoices in a recent report on Sullivan’s court hearing. Judge Robin Meriweather has prevented prosecutors from seeking Sullivan’s blanket ban from Facebook and Twitter, but she has ordered Sullivan to cease his involvement with Insurgence USA, a group he founded, and to not use social media to incite riots or violence. Sullivan is currently under home detention and will also have his internet use monitored. He had been under 24-hour location monitoring via GPS until Judge Meriweather ordered that to be halted. 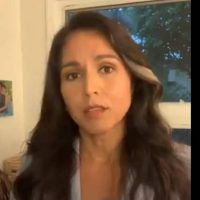