Whatever happened to the free speech party? 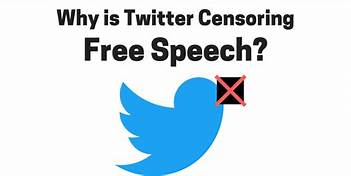 The communication revolution birthed by Big Tech began with the best of intentions – to provide anyone, even the most powerless, with the ability to have their voice heard. Sadly, the revolution now seems to have ushered in a dictatorship where brutal censorship is rife. It wasn’t always that way. In 2010, the then Twitter CEO Dick Costolo boasted, “We’re the free speech wing of the free speech party.”
.
That thought was echoed by Twitter founder Jack Dorsey in 2015 when he told us (via a tweet) that “Twitter stands for freedom of expression.”
.
In 2010, Facebook founder Mark Zuckerberg was asked by a reporter what Facebook was actually doing. The reply: “Well, what I think it’s doing is giving everyone a voice, right?” And as late as 2019, Zuckerberg was telling university students that he didn’t think it was right for a private company to censor politicians.
.
How times have changed.
.
Big Tech is now furiously censoring anyone who strays from its “community standards”. 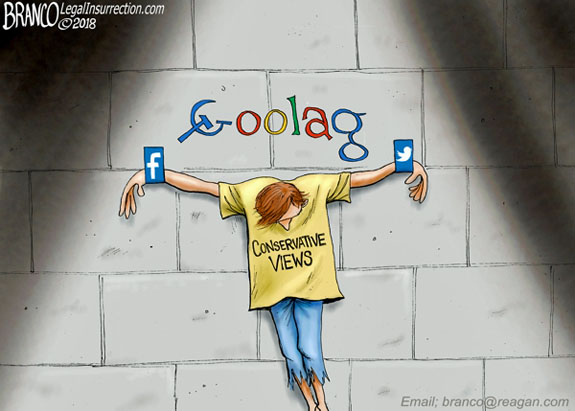 From mummy bloggers to conservative news junkies to leaders of the free world, no one is immune if they post the ‘wrong’ thought, according to gatekeepers of content at Facebook, Instagram, Twitter, YouTube and the myriad of other social media platforms.
That word is important: platforms.
.
There are arguments that private Big Tech companies should be able to censor whoever they want as they own their product. After all, newspapers can’t be forced to print items from the general public.
But there is a major difference. Big Tech social media sites and apps get away with a lot — including defamation — by claiming the status of platforms. They say they are not publications but that they merely provide a platform on which others publish news, photos, videos, opinion and commentary.
.
Publishers — from newspaper editors to Facebook page owners — have the right to censor material because they take on the responsibility of defamation and other legal liabilities because of what they publish. Platforms do not.
.
And yet Facebook, Instagram, Twitter and YouTube have continually banned, sin-binned and censored those who publish on their platforms. Curiously, the action is all one way. I am yet to hear of one case of a left-wing post or video being taken off any of these social media platforms and yet, every single day, conservative Australians open up their accounts to find that the edgy funny cartoon they shared has landed them in social media jail for a week.
.
Then there are the “fact checks” which is simply another form of censorship.
.
On a social media platform that tries to mimic the public square, official information commissars should not suddenly brand what someone says as false. That should be left up to the cut and thrust of open debate.
.
But social media ‘fact checkers’ have gone beyond just simply telling us if information is correct or not. ‘Fact checks’ applied to social media posts can often claim something is false when in fact it is a claim that is in dispute. Other ‘fact checks’ do label information as ‘disputed’. Why do this? Just about everything in politics is disputed. And another favourite is ‘missing context’. What news story ever has the full context?
.
What this censorship shows is that these Big Tech companies no longer actually run social media platforms. What they now run are publications, full of content from volunteer news reporters, photographers and opinion writers. They pick and choose content depending on whether it’s acceptable to their editorial guidelines, which they like to call ‘community standards’. If Big Tech wants to continue to head in this direction rather than return to their original platform model, then they should no longer be protected from defamation and other legal liabilities emanating from what they publish.
.
It would be better for all though if Big Tech simply went back to the beginning of the revolution, where people were talking about it all being a “free speech party”.
.
You can sign a petition against Big Tech free speech clampdown at www.StopCensorship.com.au.
.
George Christensen is the LNP Member for Dawson.